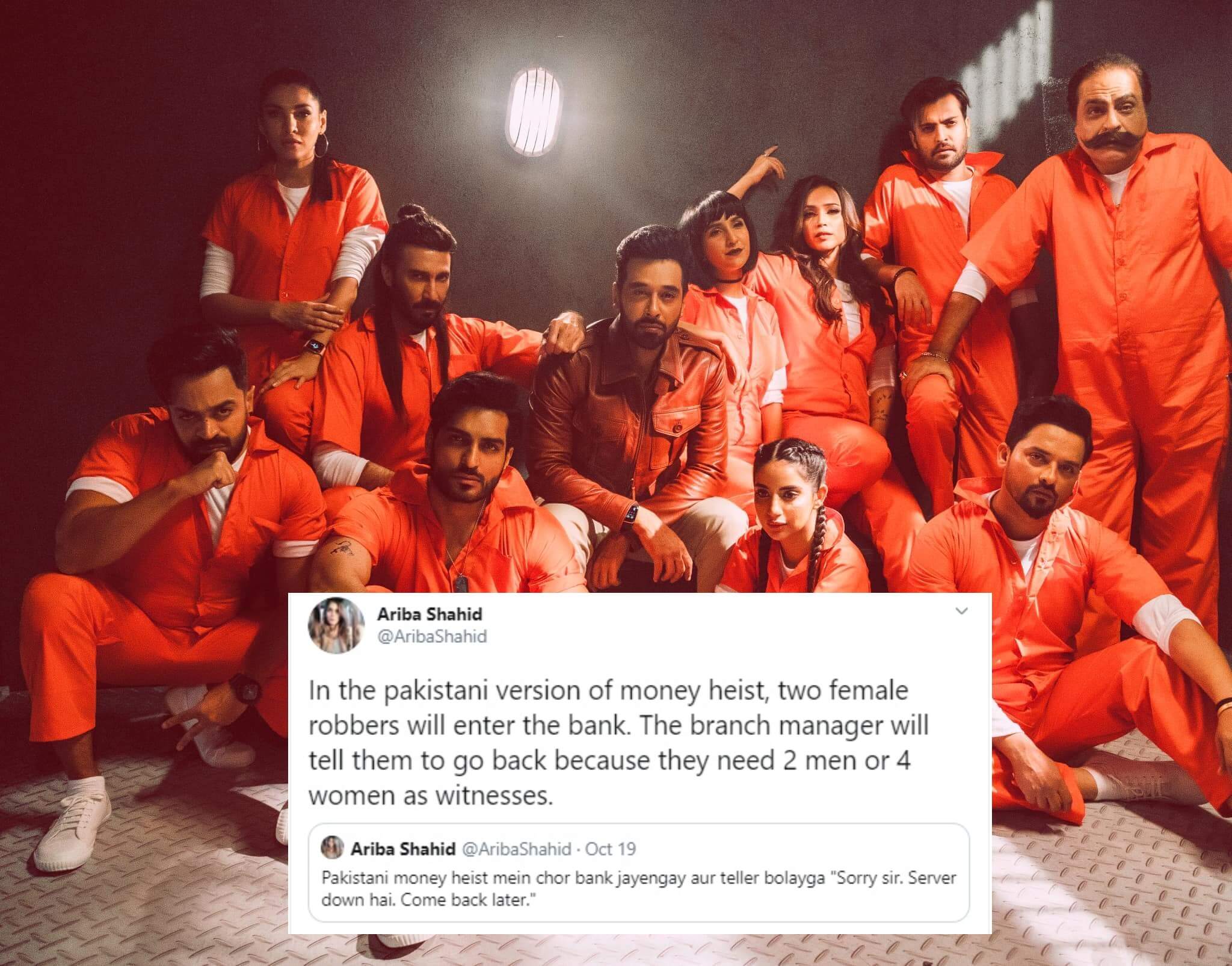 Over the weekend, a teaser for a Pakistani movie named “50 Crore” was shared on Twitter by Aijaz Aslam, one of the cast members and a popular television actor and model.

The teaser and the posters for the movie immediately caused a buzz on the social media platform.

The movie ’50 Crore’ has already attracted the attention of the public and not in a positive way because of the fact that the concept and the posters share a striking resemblance to Money Heist, a famous Spanish television series.

Last year, La Casa de Papel, a Spanish TV series otherwise popularly known as “Money Heist” gained huge momentum and fan following in India. It was trending on Netflix for weeks and everybody was talking about it.

For those who don’t know, Money Heist is a Spanish crime/drama television series created by Álex Pina. It revolves around a group of robbers led by the Professor (Álvaro Morte), who try to pull off the biggest heist in history, first in the Royal Mint of Spain, then another in the Bank of Spain.

Not just the mugshots, but the character names as they appear in the posters of the upcoming Pakistani movie was also inspired by Money Heist. Each character is named after a city in Pakistan.

Faysal Qureshi will play the role of a chief, parallel to the professor, everybody is assuming.

Users were quick to notice this uncanny resemblance and thus began a weekend full of trolls, suggestions, criticism, and memes.

That money heist at home: pic.twitter.com/ukd0h5Z6LK

If Aamir liaquat does not play the role of Arturo in Pakistani money heist #50crore i'am not gonna watch it. pic.twitter.com/8En0PmgRuN

We could also see fans creating theories over the movie, some showed their support for the movie as well.

In response to the trolling, Aijaz Aslam came forward to address the accusation of blatantly copying the popular Netflix series.

In a video message, the actor said, “I am coming with a new project with other celebrities. It’s a different project and lots of fans are impatient and they are not getting it. They are being judgmental and calling it a copy of Money Heist. It’s a request for everyone to please wait for 8-10 days and you will see then.”

He further goes on to say, “After that, you can share your views whether it’s right or not. But please before its release you shouldn’t judge. Please appreciate different projects or else you would have to see the same type of things and get bored.”

Why Is This Film About A Struggling Muslim Cleric Being Banned In Pakistan?