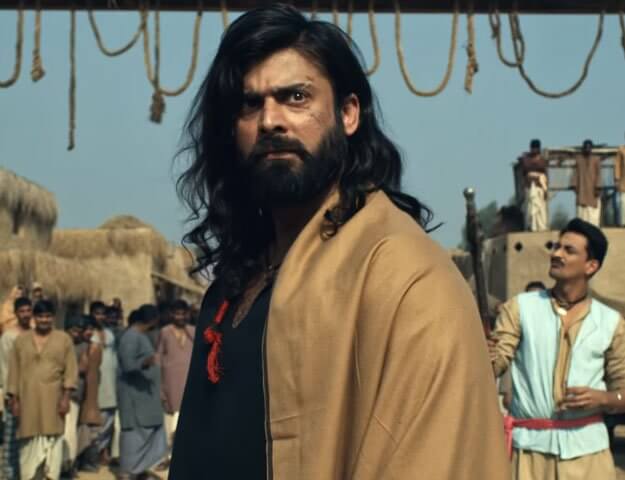 Period movies are usually always a bit typical, an olden setting, one hero, one villian, a couple of good looking females, a village that is being terrorised, and the eventual climax.

Nothing new there, what it all comes down to is the presentation, acting and the effects being used.

The recent trailer to The Legend Of Maula Jatt, starring Fawad Khan, came up on my Facebook feed and it just highlighted the extreme differences between Indian and Pakistani cinema. 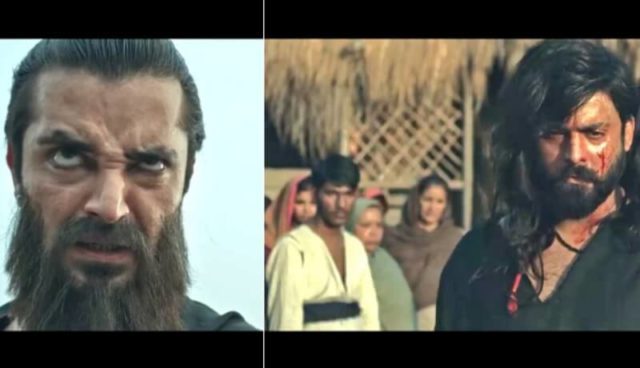 The movie is a Pakistani drama film directed and written by Bilal Kashari and stars apart from Khan, celebrities like Mahira Khan, Hamza Ali Abbasi, it is also the most expensive Pakistani film till yet.

As per reports, it is a reboot version of the 1979 Pakistani movie Maula Jatt, about the rural areas of Gurjanwala, from the Punjab area of Pakistan.

The trailer was quite impressive, with engaging background music, limited dialogues, and overall it seemed almost Hollywood quality.

I could not help but compare it with the last such big budget movie in this genre made in India, Padmaavat, where even the final trailer was pretty stale in comparison to this.

Also, while I will not deny that you can clearly see the Hollywood references in the Maula Jatt trailer, the fighting arena gives Gladiator vibes, the second female lead has scenes that are similar to those seen in Hollywood movies about Greek or Egyptian mythology, it was not an exact copy-paste.

On the other hand, taking up the Padmaavat trailer, you have Deepika Padukone just plainly walking around with a stern expression in every frame of the trailer, Shahid Kapoor flexing a toned-oiled body and a clearly Khal Drogo of Game of Thrones inspired Ranveer Singh.

This also led me to wonder how even the television industry of both countries is quite different.

We are all familiar with Ekta Kapoor’s classic shots where any news or reveal is accompanied with individual shots of each family member’s, servant’s, dog’s, guard’s and even the vegetable guy’s reaction of shock. Repeat. Repeat. Repeat + the excessively dramatised reaction.

Apart from that you have the camera quickly zooming in, swiping in and out from the person’s uncomfortable close-ups and more, just elongating a scene unnecessarily, giving almost a migraine to viewers.

All that this does is slow down the pacing where, in a 22-minute episode, barely anything happens and the same storyline is stretched for almost weeks.

In comparison to this, Pakistani shows have no such unnecessary effects, only perhaps in some places where the story calls for it, but otherwise, there is nothing of this sort.

Read More: Why Is It Hard For Theatre Artists To Get Into Mainstream Cinema?

Indian television shows have also been infamous for showing really unrealistic lifestyles where women are going about their daily life in extremely heavy clothing, jewellery and makeup.

No one in real life actually dresses like that, and furthermore, there seems to be no difference in an Indian daily soap bahu just going about her day or dressing for a party since both times she is heavily decked.

In this area, Pakistani shows win as they show a more realistic look at how normal people dress, even if they are from a wealthy family.

The absence of garish makeup, overly flowing or dressy clothes, and heavy jewellery makes them a refreshing change where we can actually relate to the people on screen. Even the houses or sets used in Pakistani shows are actual everyday ones, and not extravagant mansions which are so not relate able.

Perhaps, another one area that Indian TV shows are not able to match up is in their dialogues.

If you watch a certain Indian TV show’s episode, you will find that a large chunk of the episode time is given to slow-motion shots with the serial’s background score or the characters saying one-two dialogues and then at least 8-10 minutes being given to reactions of the other characters.

You will find very few dialogues where the story is actually being taken forward or that make sense for the characters to be saying.

All in all, not saying that Pakistani cinema or television industry is better, but it seems that the Indian entertainment industry has lost its spark. And although we are experimenting and innovating in our film sector, it is time we update our television sphere too.

In the early 90’s and prior to that, we had some amazing and groundbreaking shows, that were ahead of their time giving us great talent and stories on screen. However, nowadays the idiot box is just filled with such idiot stuff, it’s not even funny.