HomeED OriginalsOur Indian Politicians Are As Far From Logic As Point Nemo, The...
ED OriginalsPoliticsUnusual Comparisons

Our Indian Politicians Are As Far From Logic As Point Nemo, The Furthest Point From Land On Earth

The eccentricity of the Indian politics is that it gives us the idea of unusual comparisons. Now if I may, I would like to point out exactly how are our Indian politicians are similar to Point Nemo?

Have you heard of Point Nemo? It is the point furthest from land on earth. Being at Point Nemo also means you are closer to the astronauts than the human beings on the planet. This word originated from Latin, means no man or nobody!

Do you get my point?

Our beloved political leaders of the seventh largest country and the fastest growing economy are furthest from any logical sense, rationality, common sense and humanity.

They are closer to a point in the space, out of the world where we don’t reside.

It also means they are portraying their mindset which is not devoid of any high-class education, to be incomprehensible and inaccessible to any human being, who is perhaps and largely less educated! The Complexity and Inaccessibility

Nowhere in the world can you find a place further from dry land than Point Nemo. This oceanic pole of inaccessibility is located at 48°52.6’S 123°23.6’W.

Similar complexity and difficulty is often seen in comments of political leaders. Like, we didn’t know that India is a democracy because of Hindus!

Dear readers, what we have been taught in Civics in school was misleading! Time to change the syllabus, right?

I request you to not judge our National leaders for what they speak. It’s good to finally know that India has been seeing increasing FDI due to fair-skinned people.

Mind it, it’s also been said that 600 rupees is enough to feed a family of five, where they accept that FDI IS happening. Dear leaders, you deserve applause and standing ovation more than National Anthem deserves respect and patriotism in the theaters.

Point Nemo is supposed to be the remotest area on the planet due to its geographical location in the middle of the ocean.

Now you know what I mean when I compare them as being the remotest? No human being of a sound mind will even produce such comments. By remote I mean, how distinguishingly cheap they are. According to the scientists, Point Nemo is the ideal place to dispose junk. Many decommissioned space vessels have been prone to form a cemetery over here, nicknamed Spacecraft Cemetry.

By tossing off comments like, urbanization causes rape and that 90% rape cases are consensual, don’t you think that Politicians are also doing the same thing?

Now if you can relate to all these points, you know what I mean when I talk about how closely related these leaders are to Point Nemo!

These are not the ones who are leading the country but instead, are making us impervious to any kind of public embarrassment.

By tossing off such ugly opinionated comments and preposterous ideas, are we together as a country, gracing the globe with our achievements and celebrating victories or belittling our rational thinking and sense, which is unsolicited and unasked for?

The answer is entirely self-evident. It furthers the impression of how our largest growing economy is also falling into the trap of suck gimmicks.

Dear leaders of various political parties, we look up to you for inspiration and leadership, support and decisions for urbanity and growth.

Please don’t be impudent and make the country with the largest youth population die in shame. 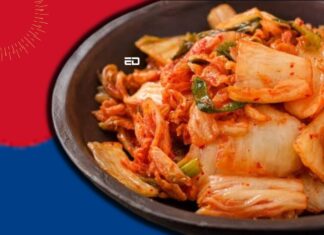 Palak Dogra - January 26, 2023
Kimchi is one of the most famous traditional dishes of South Korea that has now traveled across the world and wooed people. However, the...