India Cannot Ever Produce Something Like The Game of Thrones: QuoraED

QuoraED, an ED Original content style. This is when we pick up a trending or interesting thread from Quora and spin a story around it.

Game of Thornes, the TV series that kicked off on 2011 has been killing it, both literally and figuratively. We all loved it, swore by it and can’t wait for Season 7 to air. Amidst all this, how about we do a little survey as to why India cannot produce something as massive as GOT.

We found something similar to this on Quora, wherein devotees of GOT have let it rip.

The Budget. I Mean Come On.

Do you have any idea how many millions of bucks would be needed to produce something like the Game of Thrones? Season 6 is said to have an estimated production budget of $10 million per episode, as quoted by Entertainment Weekly, amounting to a gross total of $100 million for the entire season.

Do you think the budget for an Indian soap could ever go that much? I don’t think so bro, India still needs some more time. India runs on this principle, it is all about the TRPs you can garner. Even if your show is shit, it does not matter as long as audiences tune into it. Stupid episodes, over dramatized content, it is always the same. Hardly ever something good comes on.

The West on the other hand with a limited number of episodes and soaps produced on the basis of seasons gives more thought to the content. That is why even with few episodes they easily tap into a worldwide audience, thereby creating an international fan base within a very short time.

Being an Indian, you do know what type of serials gets the most number of thumbs up? Those that portray the same age old Saas-Bahu khitpit, or the old conundrum of relationships, weird love affairs and what not.

Because there is a demand for these type of content. You have to keep in mind the audience base too. Who is the major consumer here? The housewife, the typical student, and middle class traditional families.

That’s why a serial like Balika Vadhu stretched on for so long. It also has to match the social scenario here.

GOT with its blood, violence, and sex would be vetoed in the very first instance. Don’t believe me, try asking your parents to watch it, high chances you are going to be in a lot of trouble and face a grueling session of interrogation for this.

Let’s be very frank and ask ourselves, will GOT ever run in India with such high sexual content? Never, the censorship board is sitting there, ready with their scissors to chop off everything remotely sexual, claiming that it is promiscuous and highly titillating.

It would require Ramsay Bolton to come here and persuade them to allow the show to run. And we all know how that session of persuasion would go.

Leave India, Bhutan has blocked several internet sites with GOT content, claiming it as pornographic and promoting nudity. I couldn’t even open one site to watch GOT when I was there. The real problem: GOT cannot survive without special effects. The show’s life depends on it. And the VFX team has done an amazing job. I mean the Dragons, the white-walkers, the first children, the fight scenes; jaw dropping man.

2.5D projections were required for the environment scenes, so as to give perspective to viewers while at the same time keeping the programming from being overwhelming.

With each season, it became much more complex with CGI creatures, water, and fire. India is still lacking massively on this front. The VFX technology in India cannot match up to the requirements for something like GOT.

Now this is a real gem. GOT and violence are synonymous. In a country like India, where there is violence on a regular basis, you’d think that the audience will be up for it?

Hold your horses dear, the answer is an emphatic no. You ask why? Because the violence on GOT and the one popularised by many of our dear countrymen are very different.

Game of Thrones violence is something entirely different. The bloodshed, the cruelty, the sudden attacks and the sadistic pleasure and relish that comes along with it will be frowned upon. Again censorship. How many times have you changed the channel when something slightly uncomfortable started playing on the television? Every time, right?

Now think how long you can sit and watch Game of Thrones with your family without flipping out. Can’t even last 10 minutes bro. You have seen it. You know what I’m talking about.

Think of you and your old man sitting together and watching something like GOT and suddenly comes in Theon Greyjoy or our dear old imp, whoring around. You’ll flip out pretty soon. Gotta work on that front too. India has some cool locales, no doubt, but setting up everything and getting a permit for that is going to be a hell lot of work.

The TV series production team is yet to up their game so much.

So, no matter how much we could relate to Tyrion’s words of wisdom and gape at Sansa’s stupidity or marvel at Petyr Baelish’s cunning, India is far away from producing something that awesome.

Let us all take a moment to ruminate on the sad state of things and hope that things change for the better because the “night is indeed dark” and we need more such cool shows like Game of Thrones to illuminate our way.

Facebook
Twitter
Pinterest
WhatsApp
Previous articleA Walk Through The Majestic Red Fort Of Delhi : We LivED It
Next articleOur Indian Politicians Are As Far From Logic As Point Nemo, The Furthest Point From Land On Earth 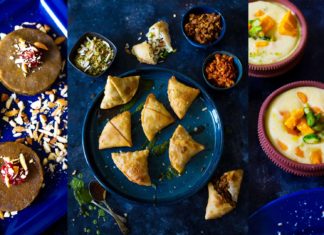 Yameena Zehra - May 27, 2022
Ramzan is the ninth and one of the holiest months of the Islamic calendar. During this month, Muslims worldwide fast for 30 days and...

Breakfast Babble: DU’s High Cut Offs Are Not Worthy Of What...