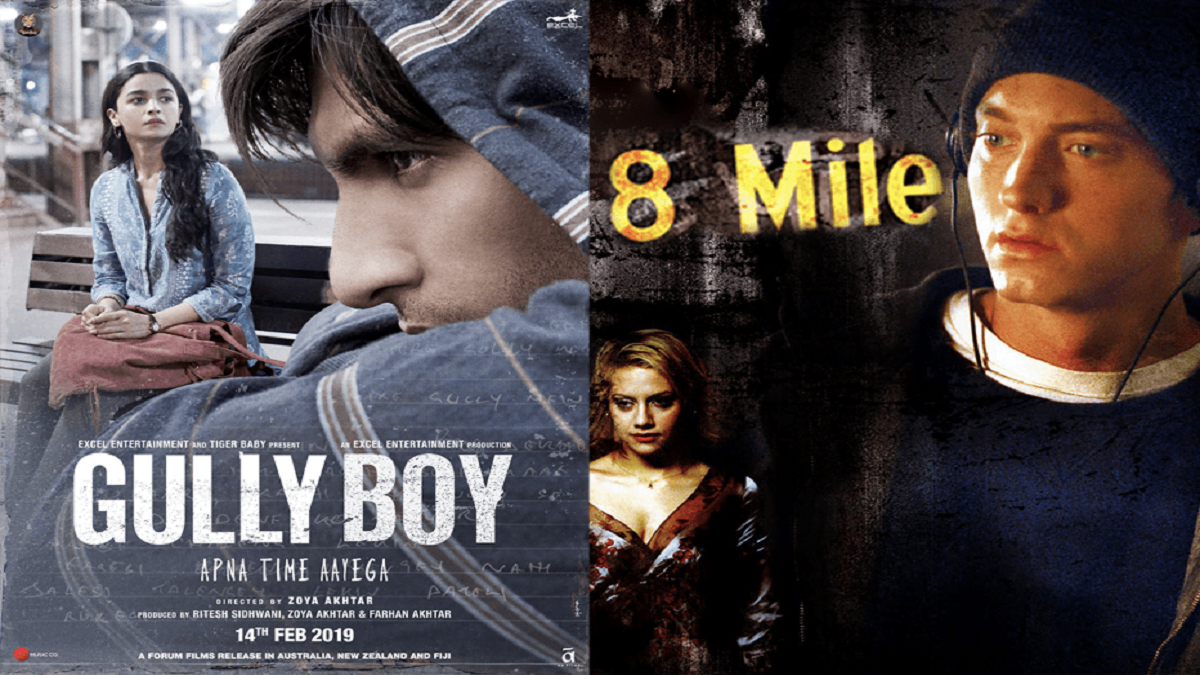 An Oscar or an Academy Award is the highest form of recognition a movie or an artist can get in the film industry. Although the Indian film industry is well established and has great storytellers, it often falls back to Hollywood movies to copy, I mean, for inspiration.

While some of the producers try to be subtle about it, others end up considering their work ‘Oscar-worthy’ and don’t shy away from giving themselves a pat on the back.

So, let’s take a look at a few of such Bollywood movies which seemed ‘Oscar-worthy’ but had Hollywood ‘inspirations’ behind their success.

A story about a boy who emerges from the ghetto whose life is all about constant struggles, and who gets repeatedly pushed down by social circumstances and home life, uses his rapping skills to rise to fame.

And for those who love Eminem, that’s the story of the famous movie ‘8 Mile’. 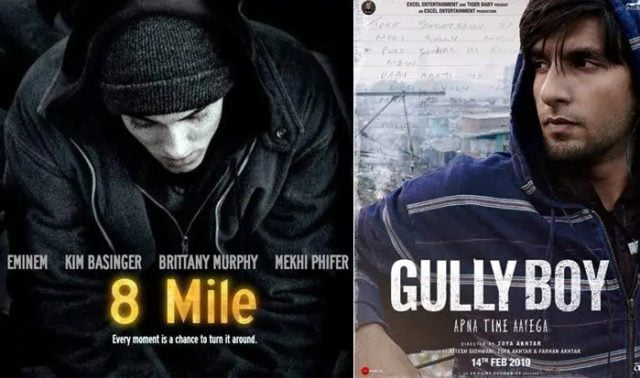 As expected, India had to face the embarrassment of disqualification for the ‘inspired work’. 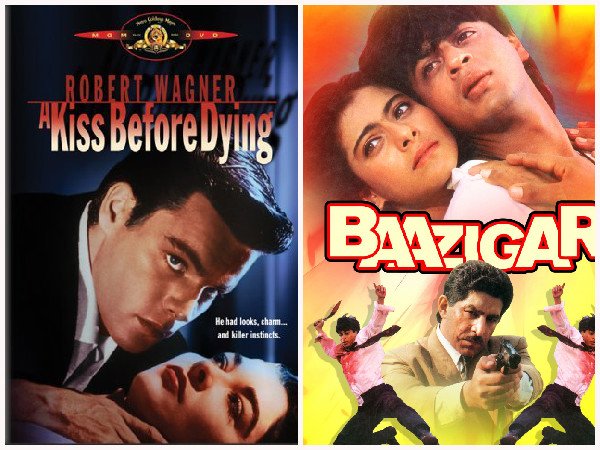 Yash Raj Films took this movie’s plot as its ‘inspiration’, added some ‘Ye Kaali Kaali Aankehin’, and Bollywood masala and presented us with the movie that made us fall in love with Shah Rukh Khan and Kajol.

If one Khan does it won’t the other Khans do it as well?

A journey of a man who is suffering from acute short-term memory loss, who depends on his written notes, self-done tattoos and photographs to trace back to that point of his life where he lost his love as she was murdered. His journey to the point where he finds his lover’s killer is filled with dark twists and unexpected situations. 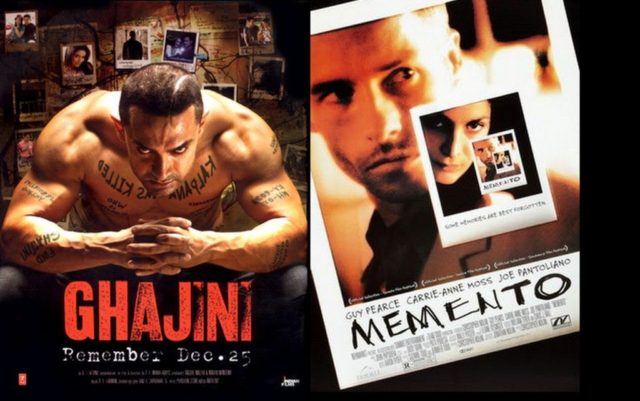 Thankfully, if a movie and its sequel win Oscars like it’s a piece of cake, it doesn’t mean that the movies it inspires will be any good.

Like ‘Godfather’, ‘Sarkar’ was a story of a man who works above the law and maintains an elaborate criminal enterprise, but ensures a strict moral code.

Both the stories show his downfall due to their co-conspirators, which results in his youngest son stepping up to defend his father, and then in the end reluctantly takes over the crown. 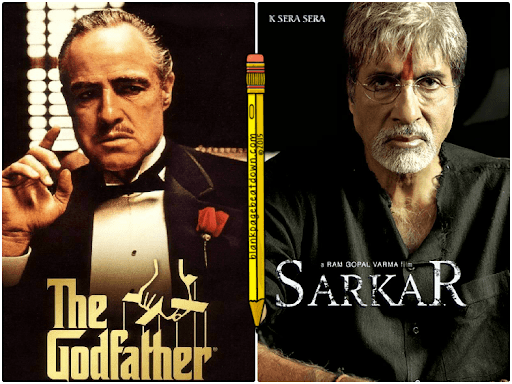 If you think Big B played it safe by accepting the ‘inspiration’, well there’s more.

This time, it’s the Khan working alongside Big B.

While Robbin William’s, John Keating, taught the students the value of life’s moments and carpe diem, Shah Rukh Khan’s Raj does the same with a Bollywood-styled twist- he teaches his boys how to win the hearts of women. 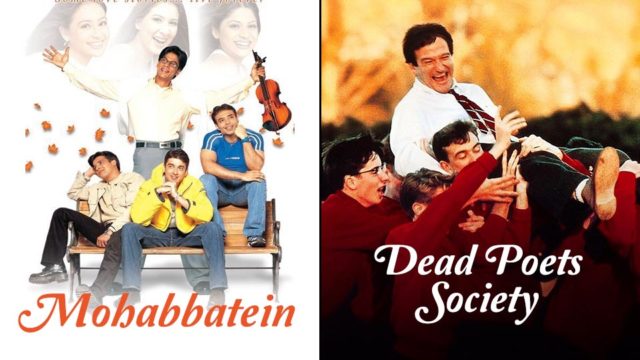 While visiting Earth, a group of aliens leaves the planet in a rush, leaving behind one of their own. The alien finds shelter and help in an emotional 10-year-old companion.

The kid and his friends go through a series of adventures as they try to communicate with the alien’s home to help it return to its planet while avoiding the task force that’s tracking down the extraterrestrial being in this blue planet.

Rakesh Roshan chose the same storyline for his ‘Koi Mil Gaya’, with Hrithik Roshan playing a developmentally disabled young man, instead of ET’s 10-year-old kid. Even though Koi Mil Gaya’s creators deny any such ‘inspirations’ we all can see the similarities. 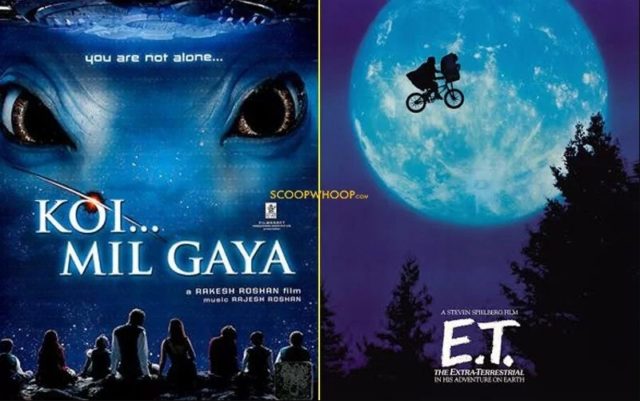 Interestingly, Steven Spielberg is alleged to have plagiarised Satyajit Ray’s screenplay that he had titled ‘The Alien’ in 1967.

This is not the end, we have many such movies that fit the bill, like – ‘Jo Jeeta Wahi Sikandar’ and ‘Breaking Away’; ‘Chachi 420’ and ‘Mrs. Doubtfire’; ‘Chak De India’ and ‘Miracle’; ‘Agneepath’ and ‘Scarface’; ‘Munnabhai MBBS’ and ‘Patch Adams’ and many more.

I’m not quite sure if a Bollywood movie is likely to get an Oscar for Best Picture soon, but if there was a category for ‘inspired works’ it would have gotten one by now.