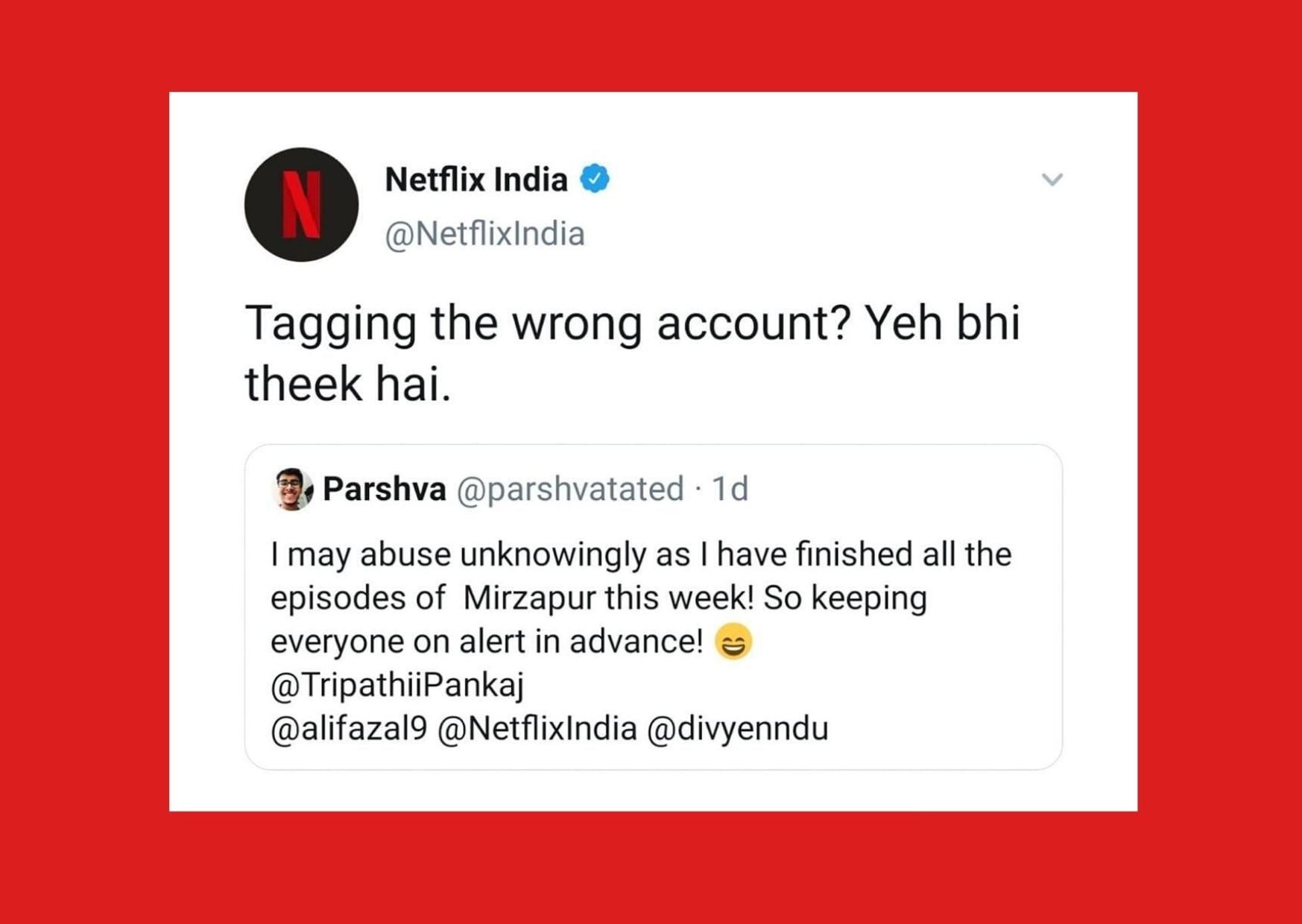 Amazon Prime Video’s latest series, Mirzapur season 2, has been the latest talk of the internet.

Fans are praising the series and sharing their views on it. But instead of tagging Amazon Prime, one fan mistakenly tagged Netflix India’s Twitter handle. However, and this is where things get interesting, Netflix India’s reply on being tagged mistakenly is just too funny.

Netflix’s response, “Tagging the wrong account? Yeh bhi theek hai”, has proved that they do have a pretty good sense of humour.

The reply, “Yeh bhi theek hai” was in reference to the popular dialogue by Robin in Mirzapur 2, played by Priyanshu Painyuli. This line has become perfect meme material since the series premiered on Amazon Prime Video.

Seeing Netflix India’s reply, Twitterati in the replies joined into the fun. Many said that this accident happens only when one watches the movie or series by downloading it illegally from torrent.

Netflix India’s quick-witted response to getting wrongly tagged on their biggest rival’s most popular and beloved show is getting too much laughter, but their replies section is much more hilarious.

The replies on the tweet have been swamped with amusing memes and comments. 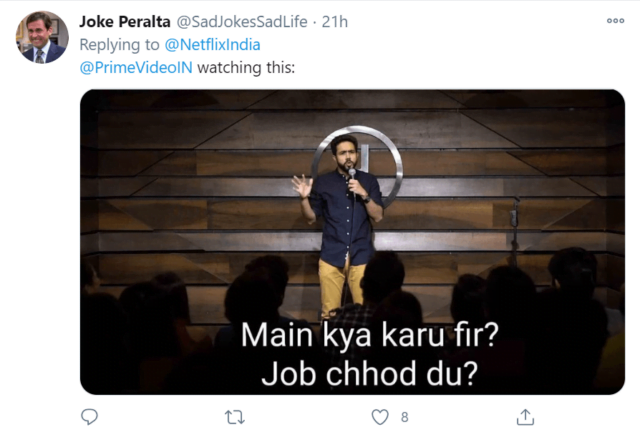 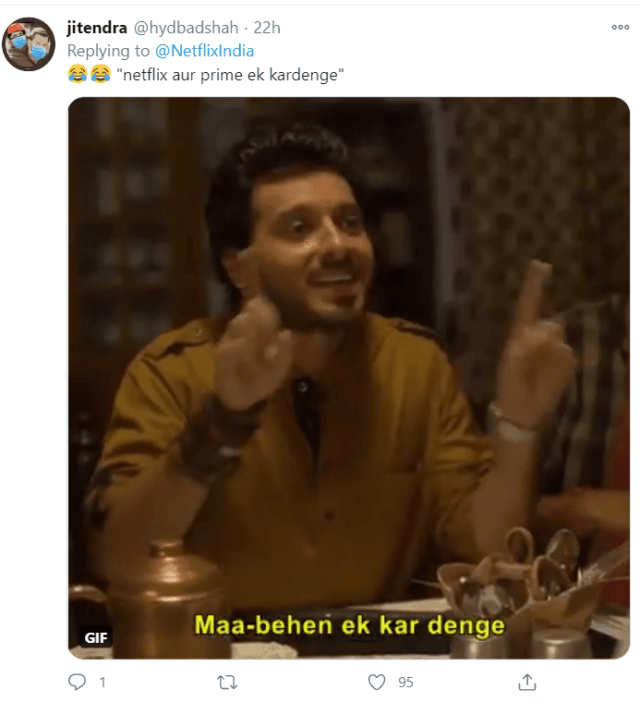 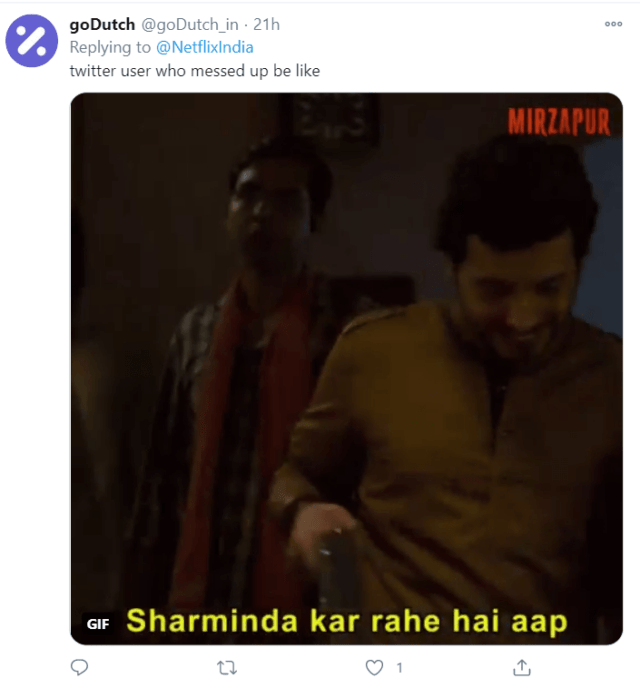 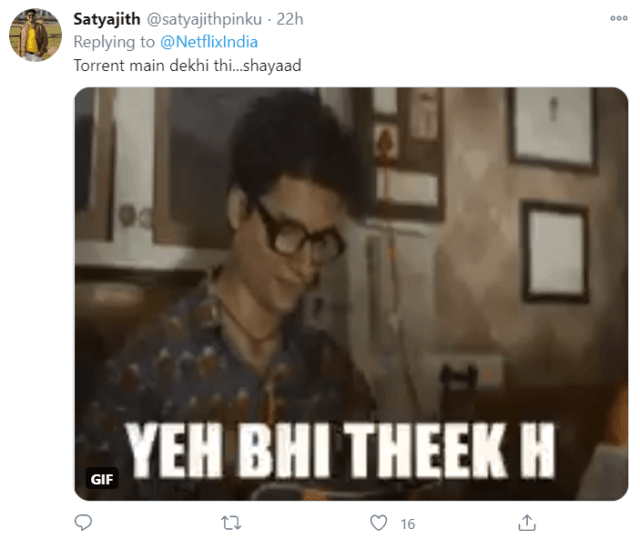 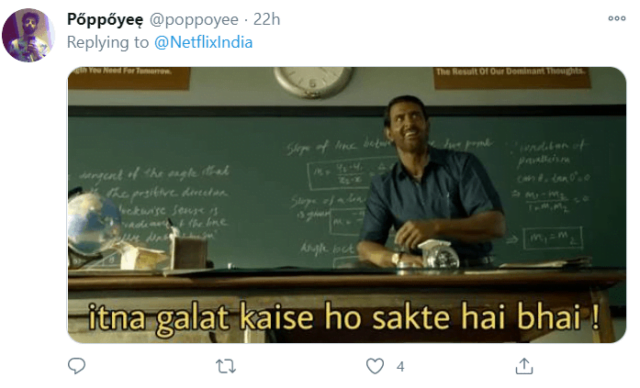 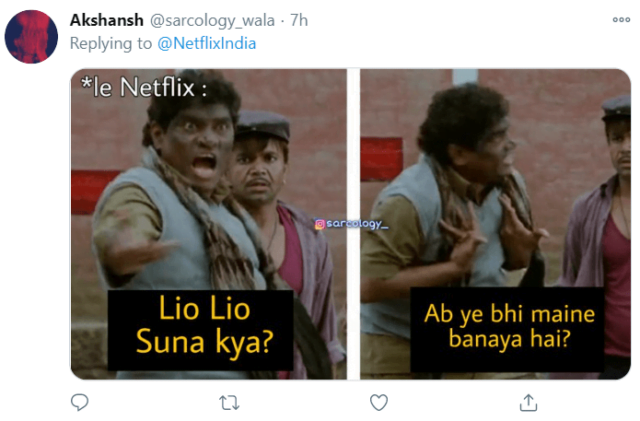 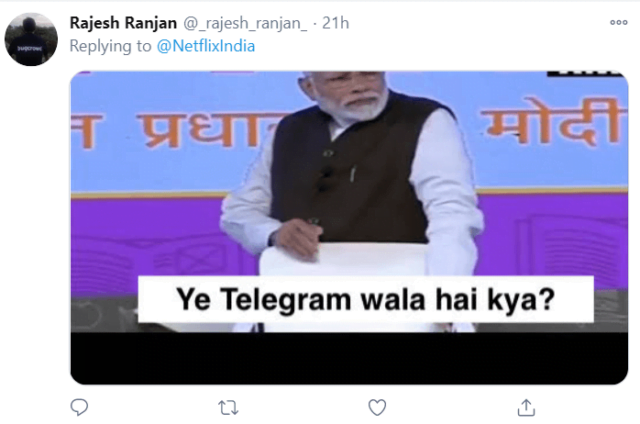 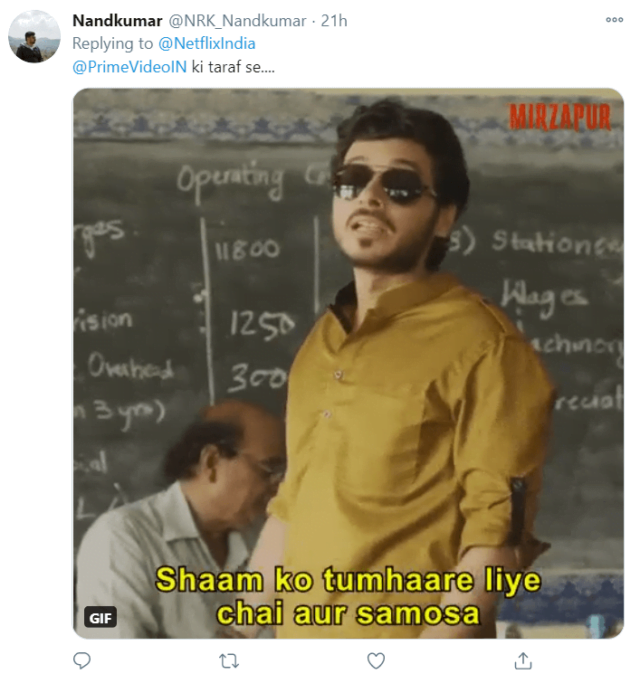 Twitterati even praised Netflix India for being so cool about this and turning this mishap into such a kick-ass PR opportunity. 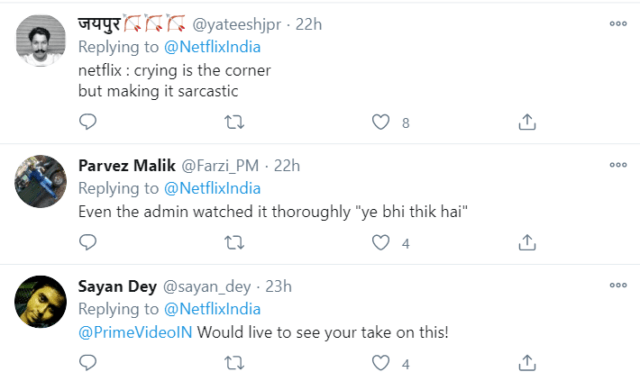 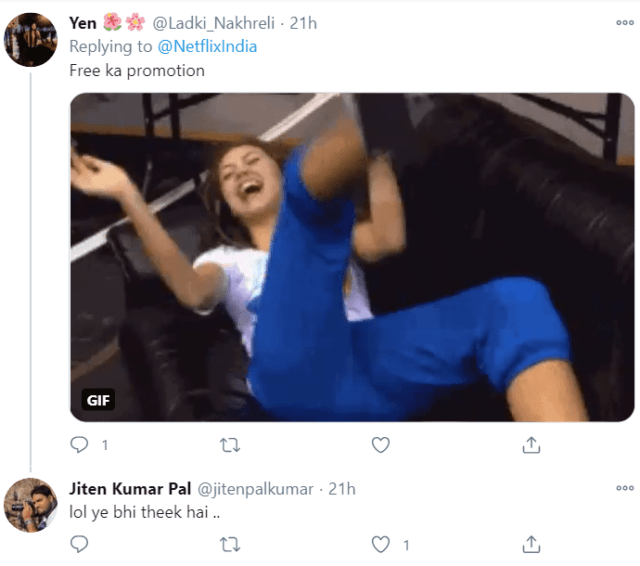 However, this is not the first time Netflix India’s social media team has won everybody over. Previously, Netflix had a series of tweets where they rhymed names of many Bollywood superstars with food items. 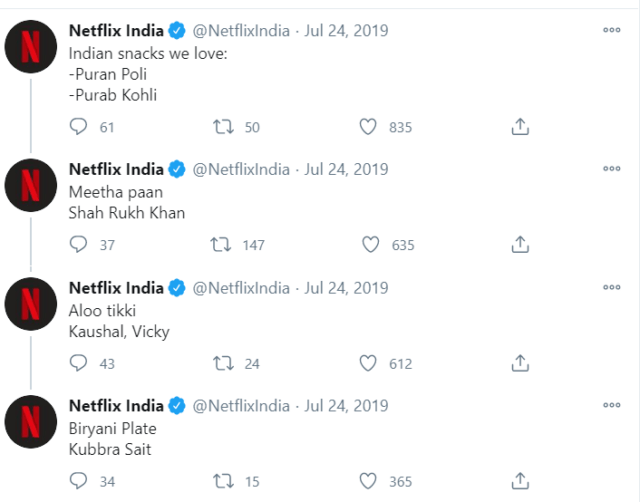 Netflix India also had a caption contest, involving a masterpiece from the movie Welcome, calling for “Wrong answers only” 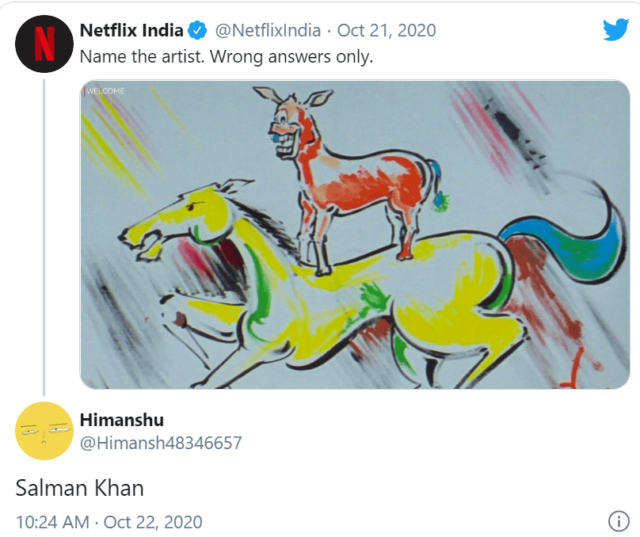 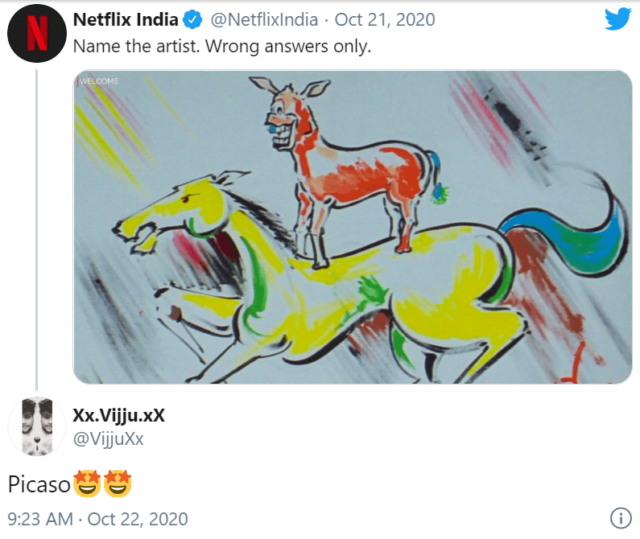