Home Social Opinions My Newborns Survived Due To The National Anthem Being Played On Loop:... 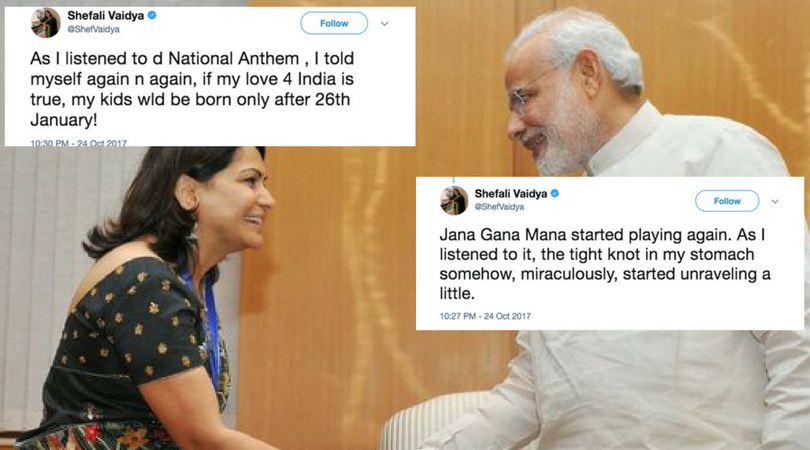 Have you ever read a Chetan Bhagat novel?

Have you read a Durjoy Dutta novel?

If that’s the worst story, plot, fiction you’ve ever read, I put to you another piece of literature which is so unfunny that it is borderline funny.

It was 2006, and she was lying in a hospital bed pregnant with her triplets.

To read her complete thread of tweets, expand the below tweet:

If you are an official procrastinator then here is the image of the compiled tweets:

Now, to get the facts straight, her children were saved, and her complications were resolved because National Anthem generated some sort of adrenaline rush (?) in her veins and gave her goose bumps and she started to recover by listening to it on loop what is this I am not sure. My eyes are bleeding btw. Are yours?

With all due respect to Mrs. Shefali Vaidya, this is not how it works. I am neither a doctor nor a godman but I am cent percent sure that national anthem did not save your children. If national anthem makes your veins dance then you do need to get another medical checkup.

Some of the reactions to her were hilarious:

While your story is awe inspiring, I don't think your children survived because of the #NationalAnthem lol. That is medically impossible.

Breaking: National Anthem to be played in every maternity ward across the country for best delivery.

Also read: The Introduction Of The 280 Twitter Characters Is A Big Mistake

I have a test in half an hour. Thank you @ShefVaidya for destressing me by that story. Will hear National Anthem before entering exam room

Going to ask Mom why she didn't listen to the national anthem before I was born. Missed 26 Jan by just two weeks.

There were some people who used vile language to bring her down too. I won’t publish them here because publicity is all these violent trolls want.

Anyways, whatever be her story, her freedom to tell a personal story, true or false, fiction or non-fiction, there is no need for people to abuse her and mock her children. She certainly has gone through tonnes of physical and mental pain. I disagree with her and find her story stupider than the stupidest meme there is. I will mock her for that story.

But but. Personal attacks are not what one should aim to do.

In the ongoing debate of National Anthem, there have been arguments, debates, and articles on the issue from different sides of the political spectrum. But if there were ever an award for the best cooked up illogical content to support an ideology, this one by Shefali Vaidya would win hands down.

Shows the length people go to to support an ideology even when it sounds irrational at the very face.

Ever Wondered How Similar Modi & A South Delhi Girl Are? (Video)

I, A Millennial Need Forced Nationalism Since I Find Faults In Everything

Despite Its Drawbacks, Swachh Bharat Is Not A Failure, Never A Failure 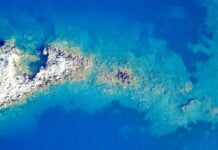