Back in 1612, the British had started their colonising of India, first with the East India Company, and then the British Empire.

The EIC first started their power grab through trade and eventually started to consolidate major parts of the country, before the monarchy stepped in.

This eventually lead to a traumatic 200 years of colonisation where India was basically stripped away from any and all control and the citizens themselves were made to live in difficult conditions.

The fight for Independence covered almost 90 years where many brave men and women constantly worked towards a free India and removing the colonial powers.

Now, almost 72 years after Independence, there seems to be a reverse colonisation happening, where India is taking over Britain through the trade and business route.

It might sound absurd, but it’s not entirely unthinkable, especially with the latest news of Mukesh Ambani’s Reliance acquisition of the iconic British toy brand Hamley’s.

Reliance Brands, that is a part of Reliance Retail recently bought a 100% stake in Hamleys, a UK- based toymaker.

Reliance was reportedly already affiliated with the brand since they were the ones running their Indian branch with as many as 85 stores.

Ambani bought the 259 year old British toy store that is iconic to the country and across the globe for $88.5 million from C.Banner International Holdings. This makes good business sense for Reliance since it will allow Reliance Brands to become a strong player in the toy retail industry across the world.

But otherwise, the fact that an Indian origin and based company has bought over such an iconic and purely British brand is not something to ignore. 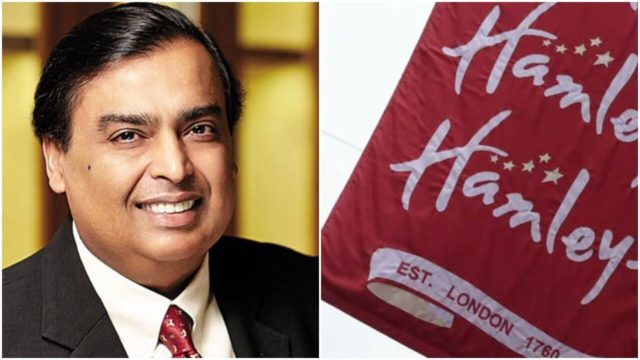 The Jaguar and Land Rover brands have now been consolidated into one entity, Jaguar Land Rover Limited, and owned by Tata Motors.

Originally a British company with Jaguar and Land Rover both being separate entities, Tata Motors finally merged them both together in a single organisation.

Jaguar was founded in 1922 by Swallow Sidecar Company based in Blackpool, Lancashire, while Land Rover was launched in 1948 by the Rover Company that was based in Solihull in Warwickshire.

Read More: This Sikh Bus Driver Fought An Unfair Ban On Turbans In UK Back In 1969

Ola the Indian counterpart to the international cab service app Uber, has now started their British taker with Ola UK.

First started in 2018 in the Cardiff region, and acquiring places like Bristol, Bath and Exeter, they have now reached Liverpool.

And in true Desi style, they thought what better way to grab attention than bringing the typical Indian autorickshaw mostly seen only in the country.

Where London and UK are known for their high-end black taxi, the fare for those is entirely too much for a normal person to afford.

Autos in India are really convenient way of public transport, since they are cheap, easily available and give you a bit of privacy something that a bus or train does not without the added charge of it being a cab.

Now, Ola has started the same auto service in UK with a number of Bajaj and Piaggio auto rickshaws roaming around the roads of Liverpool.

In order to bring more attention to this, Ola UK is giving a 50% discount to people if download the app before April end. 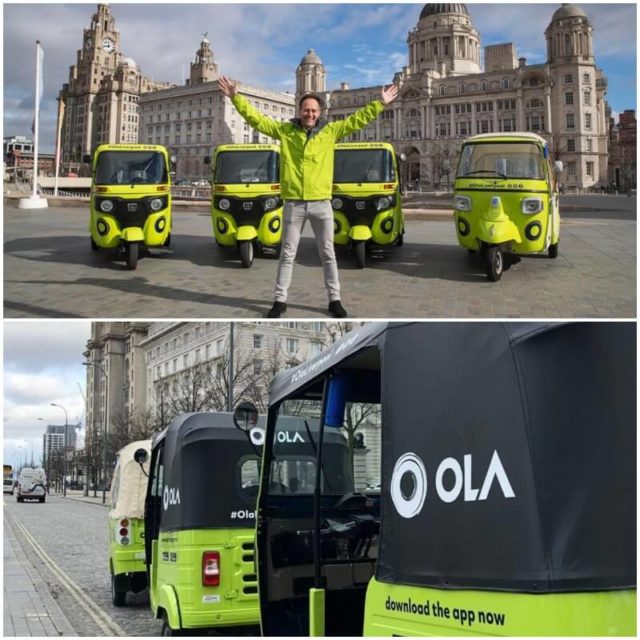 Tetley is another iconic British brand that was founded in 1837, being a mainly beverage manufacturing company.

Formed by brothers Joseph and Edward Tetley in 1822 in Yorkshire, England, the brand was named “Joseph Tetley & Co.” tea merchants in 1837 since they were quite successful in selling tea.

Tetley was also one of the first companies to introduce tea-bags and sell them in such a portable and handy manner. India’s Tata Group bought the Tetley Group in February 2000 for an estimated £271 million and now has its headquarters in Mumbai, India.

To be honest, all this is said in just jest and nowhere is being alleged that India is taking over Britain in any way. But it is interesting how several of these iconic and purely British brands are currently owned by Indian companies.