Mr. Rajwant Singh Vohra – Where Ambition and Values Come Together

It isn’t every day a star is born. And when a star is born, it gives the early signs that one day it’s going to shine. I’m talking about Mr. Rajwant Singh Vohra, the mind and man behind the conception of Fateh TV and Fateh Parivaar Sewa Society. 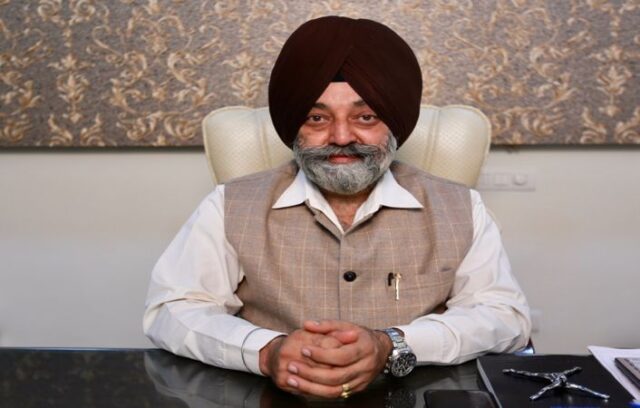 The founder of the Fateh TV, a religious channel to telecast 24×7 Gurbani and Sikhism centric programs, Mr. Rajwant Singh Vohra Ji continues to dream, achieve, and repeat! The values merged with the ambition to take the Fateh TV Network to the newest heights has inspired him to conceptualize and realize the Fateh News.

After the colossal success of the Fateh TV Channel, Fateh TV Network is now all geared up to enter the News genre in the form of a new Hindi news channel- Fateh News. This channel will focus on the news from India and the world. According to an inner source, the channel has already begun and is in the testing phase.

The singularity of the news channel comes with its progressive outlook of incorporating the sense of pride, logical opinions, and the right viewpoint in the viewers.

This channel has been designed with a view to cover the daily local news. Owing to the strong network of journalists and reporters, the channel’s purpose is to span across the nation.

The programming mix of the news channel consists of:

Besides these, the channel will telecast shows centred on the city features, fitness, food, shopping, technology, citizen journalism and audience interaction. Fateh News is believed to be bringing value to the way news has been telecast.

And the news channel is going to be accessible on all the OTT and IPTV platforms across the world.

Rajwant Singh Vohra Ji is the first person to have introduced the SITI cable in Ludhiana three decades ago. Having seen advancements in the television industry and the kind of content that was airing, he then felt the need to take a plunge at an independent religious channel. And that’s how the Fateh TV was born.

And on the day of Vaisakhi, 2013 officially comes into being the Fateh TV Channel. Mr. Vohra named the channel after Baba Fateh Singh- Guru Gobind Singh Ji’s youngest son. Till date, Fateh TV Channel has remained one of the channels with a monumental reception and admiration both in the nation and the world.

Mr Rajwant Singh Vohra envisioned Fateh TV with a view to enliven the teachings and the guidance of the Sahibans and Guru Granth Sahib Ji. The channel is available on almost all the well-known cable platforms as well as the IPTV platforms.

Besides India, here are the countries where Fateh TV has spanned itself:

Mr. Rajwant Singh Vohra is not only the founder and the managing director of Fateh TV Network but also the President of Fateh Parivaar Sewa Society- an NGO founded to work to eradicate the societal problems. The NGO has opened the following centres:

Mr. Rajwant Singh Vohra Ji proves time and again, that there is no limit to dreaming and actualising the dreams. He is a perfect example of a man with the amalgamation of values and ambitions.

Facebook
Twitter
Pinterest
WhatsApp
Previous articleAnterleen Singh Vohra – The Businessman in Making
Next articleDid Sooraj Pancholi Have A Role To Play In Sushant Singh’s Demise And His Ex-Manager Disha Salian?