The stage for the 2020 Olympics is set, and the preparations are in full swing. One of the highlights of this year’s Games set to take place in Tokyo is without a doubt, the ‘Mobile Mosque.’

For a lot of Muslim athletes, officials, and supporters about to visit Tokyo this year, finding a space to offer their day’s prayers is a huge task. This is where the thoughtful idea of the Mobile Mosque comes into the picture.

Technically, the Mobile Mosque is a parked truck whose back widens in seconds to reveal a 48 square metre prayer room. These trucks are adorned with Arabic signage and they are even fitted with outdoor water-taps for pre-worship cleaning. 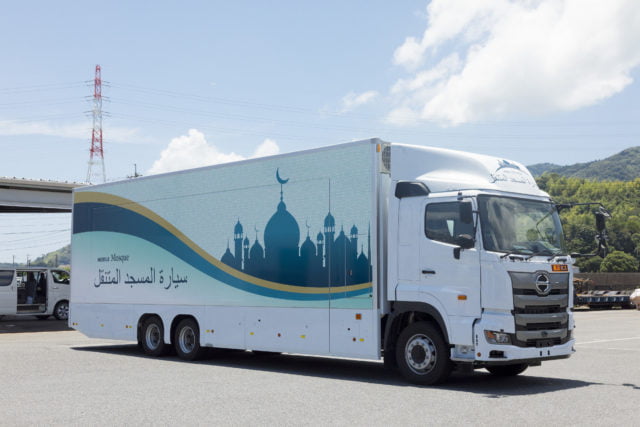 This novel idea comes from the Yasu Project, an organization that is planning to pitch these mobile units outside the venues of the Olympic Games, set to take place from July 24 to August 9. None can be more excited about these trucks than the organization’s CEO, Mr. Yasuharu Inoue.

The Need For These Mobile Units

The Organising Committee is said to be preparing a list of religious or faith centres that can be contacted or visited during the Games. Moreover, they are even looking at the different options available to provide appropriate facilities to all religious groups.

Considering that a lot of athletes and other participants will be of differing faiths, arrangements are being made to construct prayer rooms in the athletes’ village. But, some venues can still lack a designated space for worship.

Even hotels and public areas across Japan seem to have a deficiency in terms of prayer spaces available for outsiders.

Also Read: The Heritage Held In Hagia Sophia, A Mosque As Well As A Church

Further, an investigation conducted by Waseda University found out that even though there were 105 mosques in Japan at the end of 2018, they are all spread across the country. Many of them are in fact small and on the outskirts of Tokyo, thus making it difficult for Muslims who need to pray five times a day.

In that context, having a unit right outside the venue, providing people with a peaceful and spacious area to pray is nothing short of a blessing.

Sometimes it just happens that a seemingly minor, but crucial detail gets missed out while organizing an event of this scale. However, the organizing committee, and especially the enterprising minds at the Yasu Project were mindful enough to realize the needs of the visitors to their country.

The Mobile Mosque is indeed an innovative approach when it comes to making the Games an all-inclusive affair. Mr. Inoue had in fact started out by speaking to several Olympic committees, with the most recent being Indonesia, about helping their athletes. 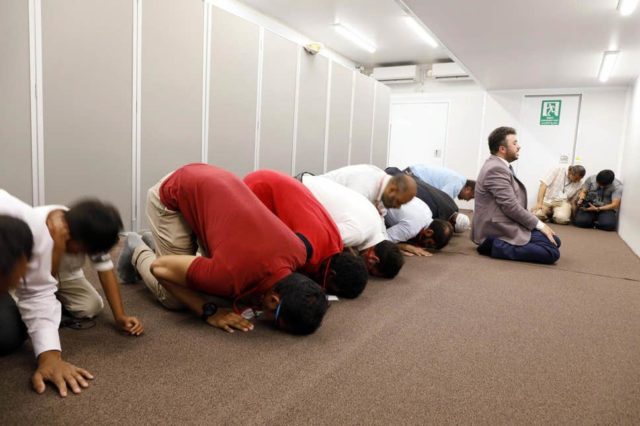 These Mobile Mosques are thus, a heart-warming enterprise that we cannot overlook. To paraphrase Mr. Inoue himself, this is an initiative that would bring awareness to the diversity of the world.

Here’s to a ‘non-discriminatory, peaceful Olympics and Paralympics’!

Reviews Brand Voice - January 17, 2022
January 17: He is known as a yogipreneur across Dubai and has taken the fitness niche to another level of success. To dream about something...