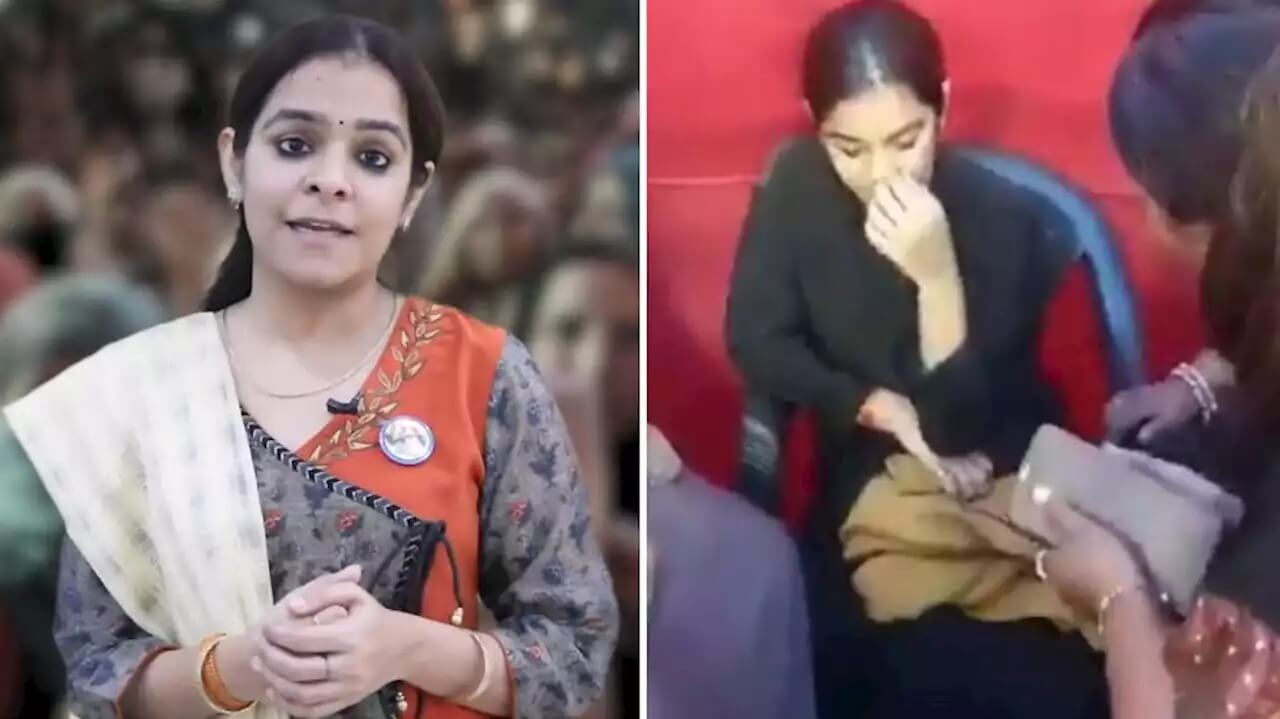 The name, Gunja Kapoor, has been in the news recently due to her attempt at carrying out a sting or covert operation at the ongoing protests at Shaheen Bagh, Delhi.

According to reports, on the morning of 5th February 2020, Kapoor tried to infiltrate into the protest wearing a burqa and hiding her true identity of being a Hindu. People around her started to get suspicious when they observed her strange and irrelevant questions. The protesters there eventually cornered her and after frisking found a camera attached to her.

Shaheen Bagh is the talking point of many people these days due to the huge women-led protests that are going on there against the discriminatory Citizenship Amendment Act (CAA). Hundreds of women and men collect there to protest against CAA, an act that differentiates between citizens based on their religion.

This whole thing caused a commotion at the protest site with the women first trying to get Gunja Kapoor out of the premises and then the police later on getting involved when the crowd got a bit rowdy. Kapoor was later on taken to the Sarita Vihar police station and she left after some questioning.

But who is this woman that everyone is talking about?

Who is Gunja Kapoor?

Gunja Kapoor is a writer and YouTuber, currently working as a curator for the YouTube channel ‘Right Narrative‘ as per her Twitter handle.

She has a decent following of 24,000 people on Twitter that include Prime Minister Narendra Modi and BJP leader Tejasvi Surya.

Kapoor hails from Lucknow where she used to study in the La Martiniere Lucknow school and completed her college from the Xavier Institute of Management, Odisha.

Gunja used to work at the Pahle India Foundation, a not for profit think tank as an Associate Fellow. While associated with the foundation she wrote articles for new media websites like The Wire and HuffPost India.

She quit from that foundation though in order to focus more on her YouTube career and is currently working as a right-wing political analyst.

Her social media for some time now has been filled with tweets supporting Modi and the ruling government.

A lot of people online are questioning her choice to wear a burqa in the first place if all she wanted was to do clean reporting and uncover anything wrong that might be happening at the protest sites.

Who is @gunjakapoor who was caught secretly filming women of Shaheen Bagh in a Burqa?

Shame on you Gunja! You are safe because the women you went to malign in a devious, deceitful, evil and may I say incredibly tacky plan – they shielded you. Thank them for their patience and empathy- you sick toxic shameless woman… #ShaheenBaghProtest #GunjaKapoor https://t.co/0V2R7PBa4n

My God. @gunjakapoor I feel sorry I called you my friend at some point in my life… https://t.co/eWHBDLVnLK

These people are so desperate, whole day they bastardize the burkha, yet they’re so desperate for cheap shots, they’ll go against everything they believe in, wear it and infiltrate spaces that have been made with so much struggle and resistance, and mock them. Na sharam na haya. https://t.co/TWg8nTdMtY

What! Why were you wearing a burkha @gunjakapoor ?

Hope you’re fine. Looks like the women of #ShaheenBagh are shielding you. https://t.co/ICRvQeN8yD

Some people have even called her a hypocrite for supporting the ruling party so blindly when not long ago she was very much against PM Modi herself.

Did it hurt when they removed your guts, @gunjakapoor? Or was the operation paid for by Yogi ji? He doesn't have a very good record with hospitals, you know. pic.twitter.com/v2byhSvtoJ

Gunja Kapoor is deleting her tweets where she hated on Modi. pic.twitter.com/zboDm75bIq

Many people are also calling her out on her video where she is seen talking about how the protests at Shaheen Bagh are hiding something or how they don’t want the truth to be put out there.

Even in the video where she is being questioned by some of the women at the protest site itself, you can hear that people are saying that she can film and shoot a video if she wants to. There doesn’t seem to be any restrictions on the media covering the protest.

@gunjakapoor agrees that she deliberately hid her identity to gain confidence of people. She wanted to establish her 'viewpoint' by hoodwinking simple people.

And yes. She wanted to go to a protest site to expose 'dirty politics behind Kapil Gujjar & @AamAadmiParty'

Ive been to Shaheen Bagh many times. No one ever asked me for "reference." https://t.co/YGpBCDnoa2

Visited Shaheen Bagh protest site not less than 10 times since Dec 15 and and interacted with people including women. Nobody asked me what is my motive.

If it was Hindutva group protest site, this woman would have been lynched to death.pic.twitter.com/PfYjjf85l4

Speechless. What an utterly despicable woman. After being shielded and treated humanely, she still bashes #ShaheenBagh women.

Some people are comparing Gunja with the noted journalist, Rana Ayyub, who did an undercover operation on the BJP/RSS people to uncover information regarding the 2002 Gujarat riots.

But others are snapping back that what Ayyub did was very serious investigative journalism involving some very high ranking officials, whereas Gunja was going to a place where media coverage was already allowed.

Because unlike Gujarat 2002, no one in Shaheen bagh presided over riots, rapes, loot and arson.

No one in Shaheen bagh engaged in fake encounters like our dear tadipar.

The sting operation that @RanaAyyub engaged in wasn't to cause a swing in the election results.

While there is nothing wrong with covering an ongoing protest, I believe wearing a burqa to hide one’s identity was going a bit too far. She could have used some other manner also to hide her identity if she was scared of something.