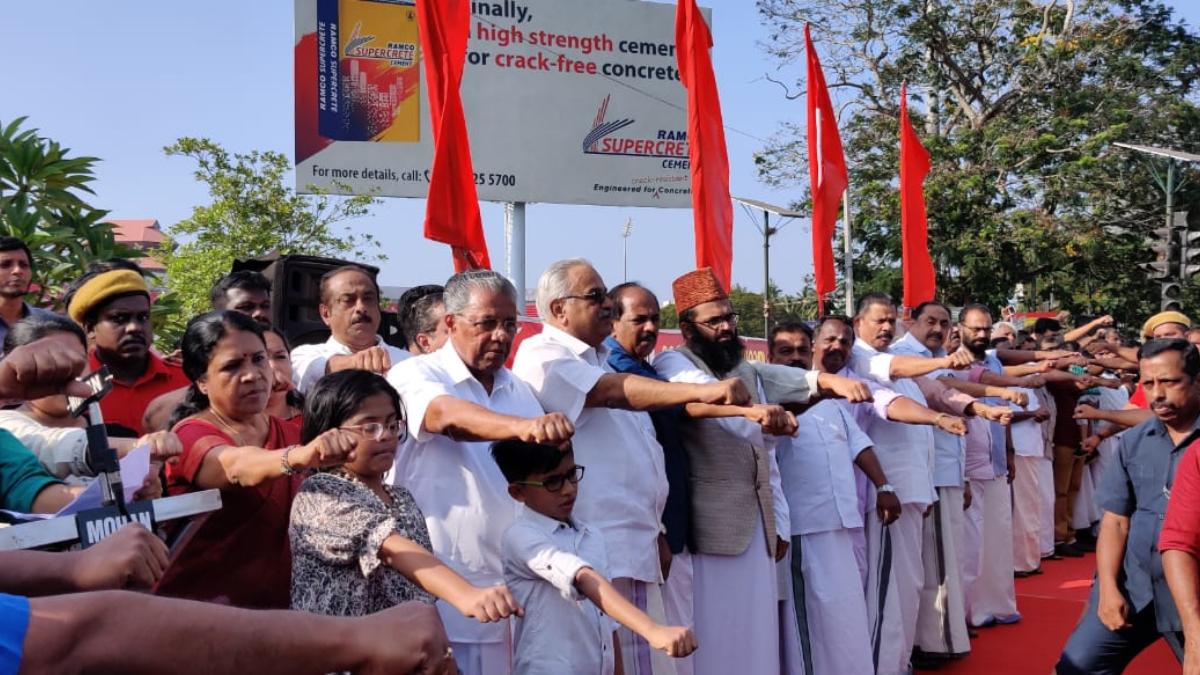 As the Republic Day Parade in the national capital marched on with full fervour, the state of Kerala went ahead with some other festivities. Kerala saw the formation of a 620 km human chain in opposition of the CAA, as well as the hoisting of the tricolour by several mosques and churches.

This news comes only weeks after Kerala’s proposal for a cultural themed tableau for the parade was rejected. Despite this marked absence from the celebration in the capital, Kerala managed to create a nation-wide impact.

The human chain that extended from the northern to the southern part of Kerala was organized by the ruling CPI(M) led Left Democratic Front (LDF). Their objective was to demand the withdrawal of the much debated Citizenship Amendment Act (CAA). 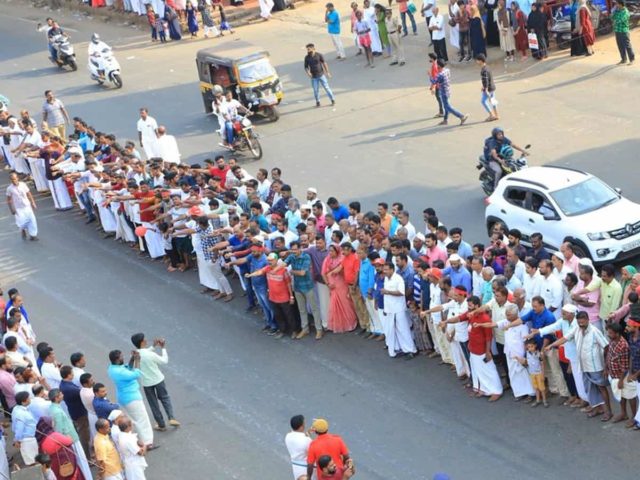 The chain began from Kasargod in the north and ended in Kaliyakkavilai in the south. While senior CPI(M) leader S Ramachandran became the first link of the chain in the north, M A Baby served as the final link in the south.

The 620 km long chain had many eminent participants as well, including Kerala CM Pinarayi Vijayan, CPI leader Kanam Rajendran and many other celebrities. The chain which was said to have had around 60 to 70 lakh participants was formed at 4 pm and was broken at around 5 pm.

Once the chain was formed, the Preamble of the Constitution was read out loud, following which an oath was taken to protect it from the “attempts of the Central government” to destroy it.

Kerala’s human chain also saw the participation of clergymen from several Christian denominations, not excluding the participation of many Muslim clerics as well. Interestingly, the Kerala Regional Latin Catholic Council (KRLCC) and the State Waqf Board had directed their churches and mosques respectively to observe the 26th as ‘Constitution Protection Day’. 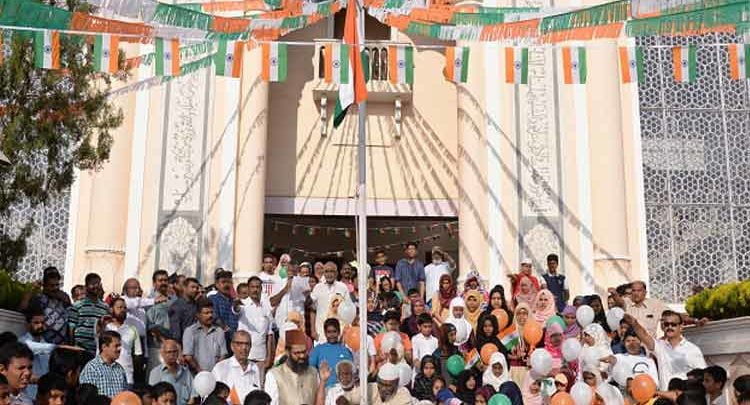 The churches and mosques registered under these two bodies hoisted the tricolour and read out the Preamble, after their respective Sunday masses and prayers. The churches even took an oath to protect the Constitution, just as the human chain participants did.

Also Read: Republic Day Chief Guest Is Allegedly Unpopular for Being A Misogynist And Homophobe

Reportedly, almost 1000 mosques had participated in the event, decorating their premises with saffron, white and green festoons. The KRCC said that this display of solidarity became necessary ever since the Centre decided to go ahead with the CAA, thus putting the country in turmoil.

Reactions To These ‘Historic’ Displays

Twitter had exploded with people enthusiastically supporting this show of solidarity. Many appreciated the state and its people’s efforts for protesting against ‘fascism’ and ‘violence’.

A view from the 620 km long human chain in Kerala to protest against the anti constitutional CAA, NRC & NPR and ‘Hum Dekhenge’ in Malayalam in the background.
Let our PM identity all these people by their dresses :)
pic.twitter.com/N9exiGsooa

Not a chain, but an ocean. People from all the walks of life joined #KeralaHumanChain pic.twitter.com/LbtUxS3zRQ

15 minutes to 4 pm. The great human chain against CAA/NRC is already forming in Thiruvananthapuram. pic.twitter.com/Ljg7o7o0tm

Further, the joint efforts exhibited by the state’s religious institutions can only be described as a historic first. Not only were the ideals of secularism and unity held high, but also the notion of the integrity of the Constitution was being promoted immensely.

Non-violent displays like these are indeed being advocated as the right tool to express dissent and people’s solidarity. Perhaps, CPI(M) party worker U. Nandakishore’s statement that the human chain has “spoken louder than any Republic Day parade tableau could,” was indeed the right description of this unforgettable day in Kerala’s history.

Were the efforts taken in Kerala powerful enough to create an impact? What do you guys think?