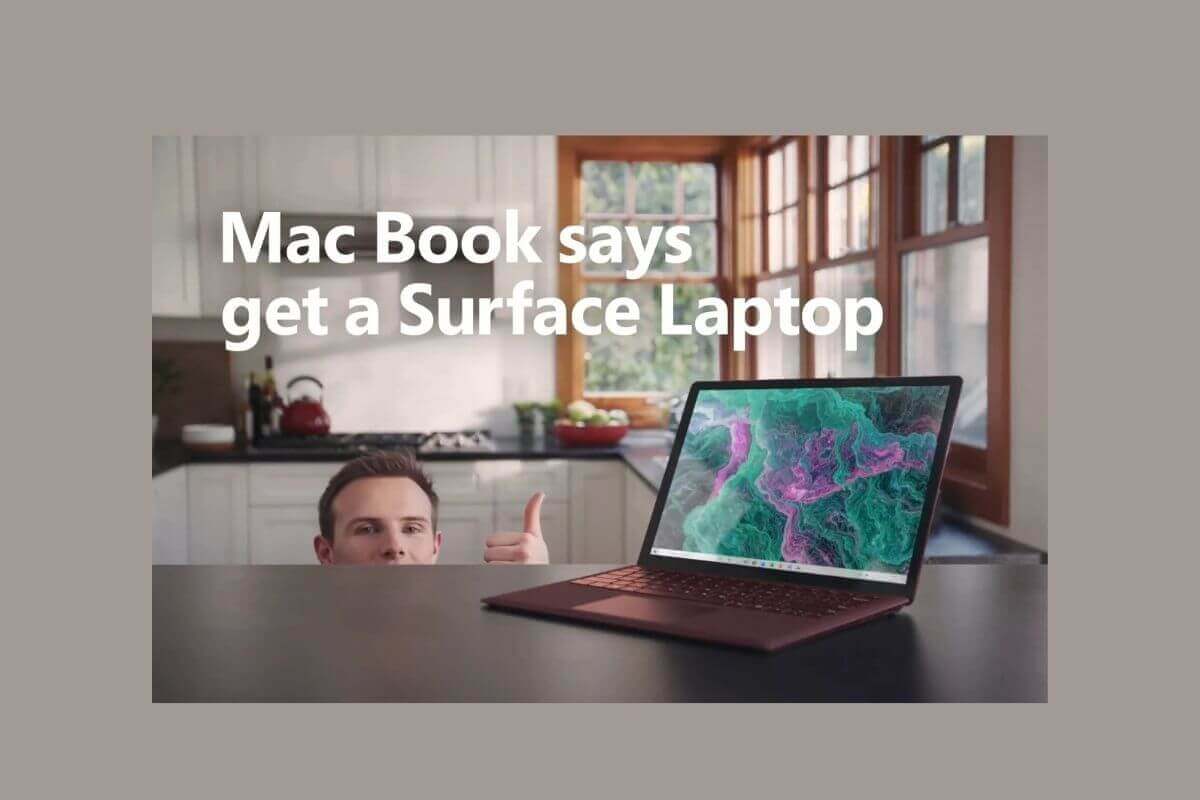 The rivalry between Apple and Microsoft is perhaps a world-famous one. The on-again, off-again relationship between the two dates back to the 1970s, also known as the “dawn of the PC era.” 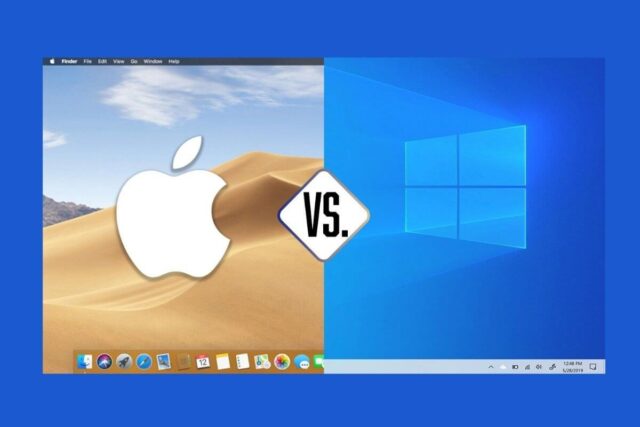 The notorious history of ‘ad wars’ between Apple and Microsoft is quite famous. The one standout campaign that Apple had come up with back in the 2000s is the iconic ‘Get a Mac’ campaign.

Starring Justin Long and John Hodgman, the advertisement portrayed how Apple MacBooks offered better performance and portability when compared to the PC. To this, Microsoft hit right back with a ‘Smart Commercial’ showing the diverse range of people that actually use Windows. 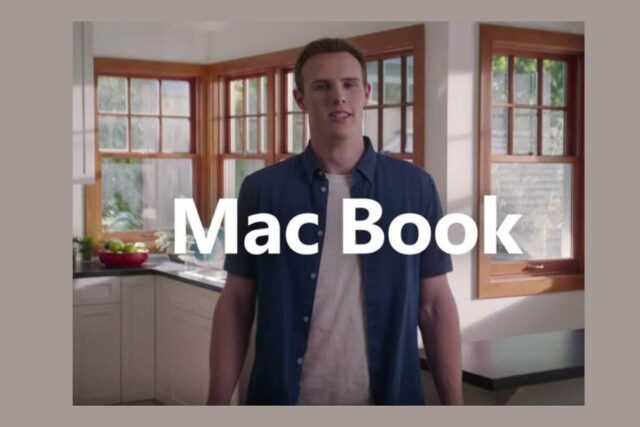 Since then a lot has changed, including the leaderships at both these companies. The new leaders do not necessarily carry back the baggage of this rather toxic relationship.

Yet, one can still find the past lingering a little bit, like in one of the advertisements for Surface laptops, Microsoft went to a great length to actually hire a guy named Mac(kensie) Book to take a dig at Apple.

Trust Me I’m A MacBook!

The premise of the advertisement is that MacBook, the guy, is asked a series of questions that compare MacBooks and Surface laptops. Questions like which laptop lasts longer, which one is faster, and which one has a better touch screen.

And of course, MacBook, the guy, chooses the Surface every time. The advertisement ends with, “You should get a Surface, trust me I’m a MacBook.“ 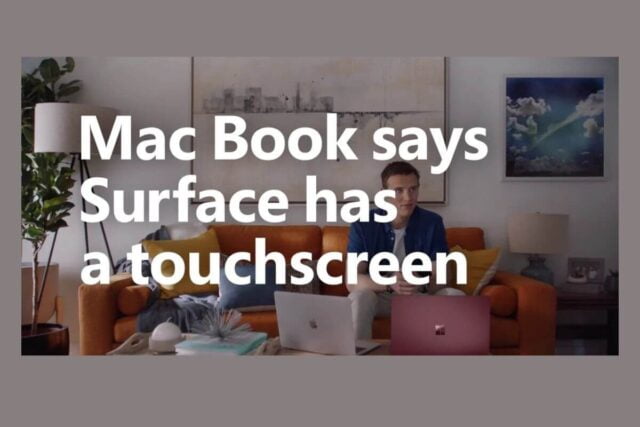 Thus clearly asserting the message that Surface is the better device.

Watch the advertisement for a good dose of laughter here.

Is Microsoft Surface Really A Competition For MacBooks?

The Surface is definitely a premium Windows alternative to a MacBook. 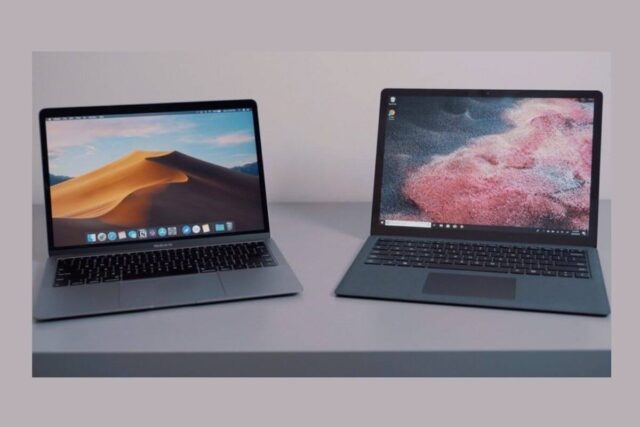 Both the MacBook and the Surface laptop are thin, light machines. In terms of design, they are quite similar too. Having low-powered processors, the battery life of both these devices is impressive.

Hence, price is the key difference between the Surface laptop and the MacBook.

The Surface Laptop 2 and the MacBook Air are similar enough that choosing one over the other ultimately comes down to operating system preference. Microsoft offers Windows, while Apple runs on macOS. Staunch supporters of both would not prefer using the other one.

According to the latest patent filed by the Redmond Giant, Microsoft is exploring the possibility of using broadband chips in Surface Book and Surface Pro to compete against the likes of Apple MacBook. 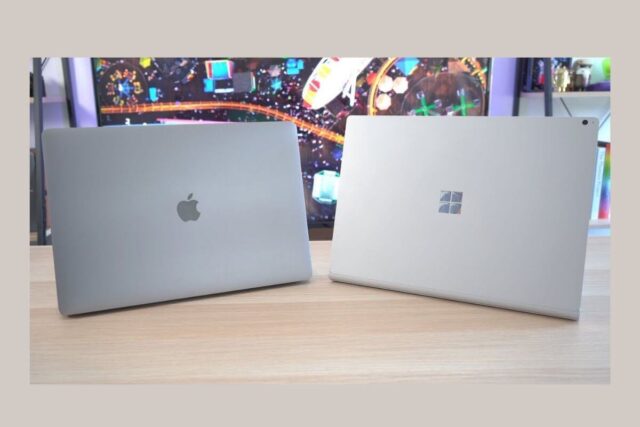 In the patent filing, Microsoft noted that it wants to provide users with simple and easy to implement “panels”, so that they can change the outlook of the device and add support for additional features, such as faster cellular connectivity.

As always with patents, it is no guarantee that a finished modular Surface product will appear at all, but it clearly shows the direction in which Microsoft’s hardware research and development division is thinking in terms of beating the MacBooks.

Did you find the advertisement funny? Are you team Apple or team Windows? Do let us know your preference in the comments section!