This declaration has raised many an eyebrow in my social circles. Why would any woman say that for god’s sake? The impression remains that once I get a husband and have a child in my arms all my maternal instincts will automatically kick in.

Look around you. We are a dying species. We have been slowly poisoning ourselves for the last 200 years, if not more. Chimney smoke is no longer poetic. Sustainable development is not a fad. Overpopulation is a silent menace everyone on earth is unwittingly grappling with, without knowing how to reverse its consequences.

Since the Dan Brown dream to render half of the population on earth peacefully infertile ain’t happening, I am sure a lot of us here have imagined alternatives. Wouldn’t it be better if there were fewer people everywhere and always?

Could it hurt if everyone else around me just dropped down dead? Am I a bad person to imagine that?

We are seriously running out space. While genetically modified food can magnify crop produce and space travel can relocate some of the rich and dandy to somewhere where nobody will miss them, people on earth need to start thinking about the greater responsibility they have towards their own futures. Ironically, the who’s who from the world of Development Studies point out to simple facts: once the affluent change their lifestyles, all this overpopulation crisis will resolve itself. It is not the poor who are burning the resources, it’s the more affluent whose lifestyle demands are leaving behind larger carbon footprints for the future to bear brunt of.

Basically, “It’s not the need, it’s the greed that’s killing the earth.”

Also Read: The World And High School: One And The Same?

Then we should not be afraid of population growth, right?

Well, you still should be. Scientists argue that there is no bringing down the natural rate of population increase at the moment; by 2100 we will have over 11 billion people on the planet. Aha, here’s the surprise: even if some catastrophes wipe out a billion odd people, scientists warn that we will keep increasing our population in a geometric progression.

Realistically, there is fundamentally no way to curtail the growth other than by probably accelerating a negative growth through safe sex, better sex education and improving the status of women in societies.

Yeah, you can google that.

So forget about studying the rates by which population is growing, what we need today is sustainability. Not organic farming and cycling to work, we need every-freaking-one to completely reform how they live. Plant more trees, use public transport, go for green energy, close dripping taps and more.

But how do we achieve that when people are more bothered about creating greater pressure on earth’s resources with growing demands? I mean how many people should be willing to live in poverty for the earth to remain viable?

The amount an average household in South Delhi consumes is probably equal to the consumption of 100 families from Dharavi. Vaguely put. As long as certain sections of people continue to live enormously entitled and wasteful lives, there is no way out of a natural mass extinction. Extremely questionable artificially conceived hedonistic lifestyles has triggered the climate change.

Mass consumption is the bigger denominator in this perusal of mass extinction. Therefore, in order to survive, which one do you clip first, the conception or the consumption?

In a world that is crippled by the richer getting richer at the cost of the poor getting poorer, it is rudimentarily stupid to say that people should stop making babies. That’s not going to save anyone any day sooner when one man’s luxury is capable of causing the same damage that a million men’s necessities do.

We need too many human trends going right at the same time to make the world a sustainable one at this point of time.

Till then, well, we are all gonna die someday.

The Map You See Of The World Is WRONG! Here Is The Correct Map For You 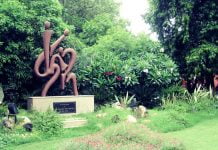 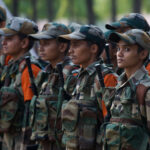