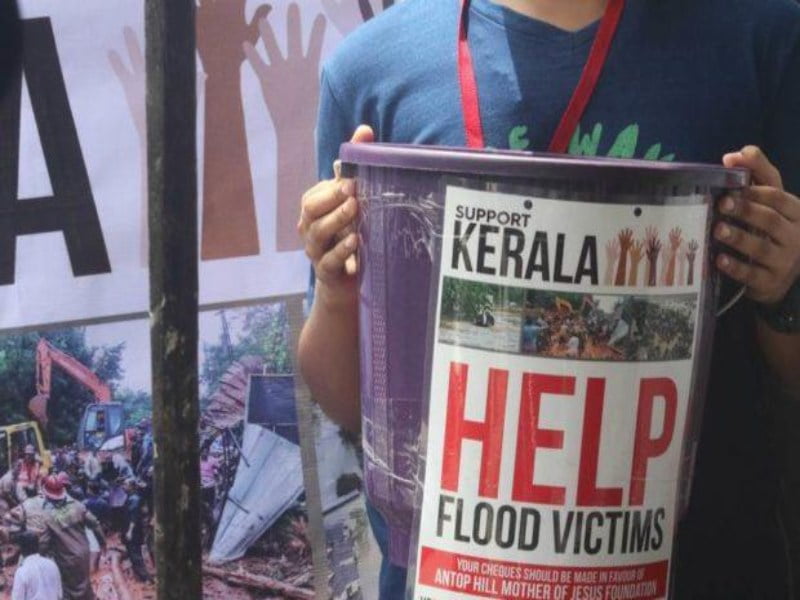 Disclaimer: The following article is built purely on statements collected from students of the college, who were witness to the incident. This does not include the college administration’s side of the story.

According to students studying at Delhi University’s prestigious Lady Shri Ram College, they were apparently told to stop collecting relief materials for the Kerala flood victims by the college. 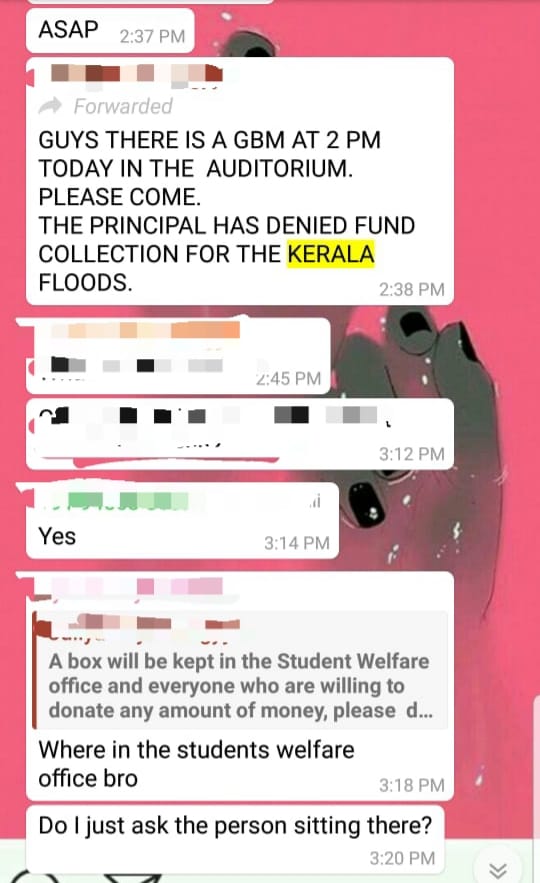 The college administration gave justifications along the lines that they were unsure about the stance of other colleges regarding the collection.

Also Read: This Is How Startups Are Helping Kerala Flood Victims

As a result, students gathered en masse outside the admin building to protest the decision, messages quickly circulated and the crowd swelled. 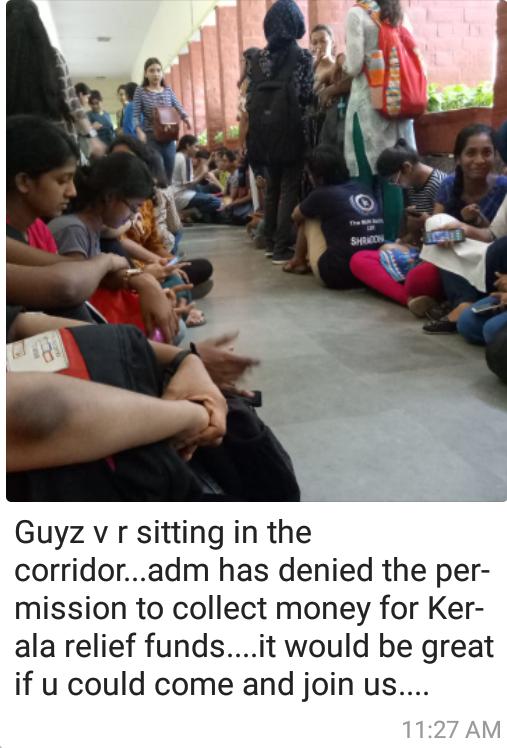 The relief collection, spearheaded by the National Service Scheme (NSS) branch in the college was then allowed to continue. But only for a short period of time.

They ended up collecting around INR 88 thousand in cash, students say that many wanted to contribute more. They did collect a lot of materials such as clothes, blankets, shoes etc.

This particular incident has not been reported on any major media platform and is absent in discussions on social media as well.

The college has not expressed their justification on why they chose to stop the collection drive. A probable reason might be that they were unsure about the channels that these students were using to disburse the money and materials that they had collected.

Till the time that they do give an explanation, we only have the story given by the students to serve as an explainer.

Flood Relief Shelters In Kerala Cleaned, North Indians Would Have Left Them Dirtier: Our Bloggers Argue Over A FlippED