The iconic show The Big Bang Theory, that completely changed the typical nerdy, geeky guy from being a sidekick character to a lead one, is finally coming to an end after 12 long years.

Beginning in 2007, the show primarily focused on the characters of Sheldon Cooper, Leonard Hofstadter and their good-looking neighbour Penny along with good support given by Howard Wolowitz and Raj Koothrappali.

Through the seasons though Koothrappali and Wolowitz gained a pretty good following and began to feature heavily in the episodes, Sheldon’s character for that matter skyrocketed with people absolutely loving the slightly strange, anti-social bordering on rude, and genius physicist.

The characters that came later on like Bernadette Rostenkowski and Amy Farrah Fowler also became incredibly popular with Mayim Bialik who plays Fowler even winning an Emmy for her role. Besides that, the show has till date gotten 52 Emmy nominations and won 10 of them.

Big Bang Theory was a great break from the stereotypical wave of having such nerdy characters as the main focus of the show instead of a supporting character and was appreciated for doing so.

But as good the show was in the beginning, I am almost glad to hear that Big Bang Theory is ending in 2019 and believe it has been much awaited.

According to me, the show ran it’s course a few years prior only and should have ended when Penny and Leonard finally got married. 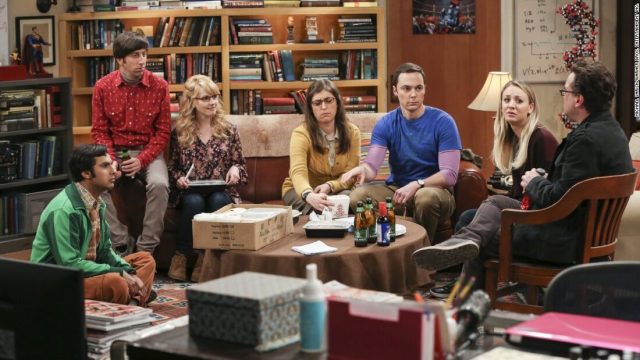 Let us take a look at why the Big Bang Theory final season should have come much sooner than 2019:

While the characters were something new and different when the show started, that factor slowly changed over the seasons as they started to develop thus taking away their novelty side.

Penny was one of the most interesting characters in terms of her arc since it was extremely interesting to watch her navigate being a struggling actress, waitress and then having a full-time job.

But to be honest, it was definitely Sheldon’s character that always used to pull me in, since he was so infinitely different from other characters on TV and he sort of maintained a certain consistency that we see in real people as far as personalities go.

Even when he first started his relationship with Amy Farrah Fowler, I was excited as an audience to see how the creators would go about it considering how peculiar Sheldon was a person.

But all that went down the drain when season 9 came and suddenly the unique relationship between Amy and Sheldon literally went down a rom-com plot with Sheldon getting jealous that Amy was getting over him, and eventually realising his ‘true’ feelings all along culminating in them getting back together and having a sexual relationship.

Frankly, this was the biggest letdown and something I was fervently hoping would not happen since it was so cliched and typical. I always supported the relationship between Amy and Sheldon and even when Amy broke up with him I was proud to see some representation of strong women who know what they want.

For Sheldon though, by taking him down the stereotypical route of a relationship, I feel the creators lost a big chance for some good representation.

I sort of viewed Sheldon as someone who is asexual, certainly capable and wanting to have a romantic relationship, but not needing the sexual part of it. And this could have been such a great thing to see on prime TV especially coz Sheldon was so popular.

But him getting into a conventional relationship was not only a letdown but also seemed forced and really out of character for Sheldon. This was perhaps the biggest thing that just turned me off of the show. 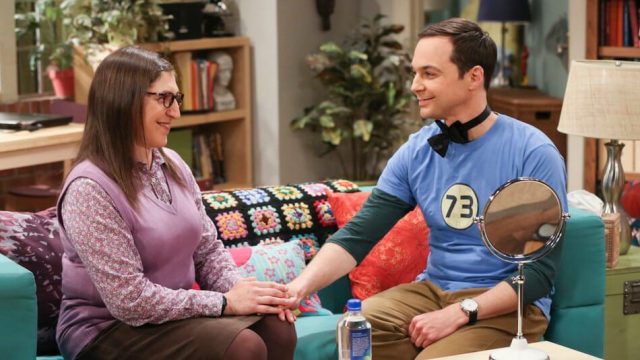 #2. The Jokes Just Were Not Funny Anymore

We cannot deny that the show has been on-air for a long time and the society has changed a lot since 2007.

So the jokes that were funny then are no longer funny now and seem to border on offensive many times. The thing that is a problem here is that while the world has changed, the show remains stuck in the olden times with its non-progressive jokes and stereotypical humour.

The audience has grown up now and jokes about people of different sexualities, females and more are no longer something that are polite.

Big Bang Theory has a long list of some really questionable behaviour that is borderline sexist, mygonistic and creepy like that one time Howard and Raj used military satellites, robot aircrafts, and other property to spy on the house of America’s Next Top Model where women are sunbathing topless.

Sheldon’s jokes on women being inferior in terms of intelligence and his condescending and insulting behaviour with women is also getting tiring. For instance, in season 6, 12th episode called The Egg Salad Equivalency Sheldon was accused of sexual harassment, and was called down to the human resources department, because he said that women are slaves to their biological urges and compared women with an ‘egg salad sandwich because it is full of eggs and only appealing for a short time.’

Howard’s constant creepy behaviour with women is something that has always been used for jokes on the show.

So while some of these jokes and character traits might have been a little funny in the beginning, now they are just off-putting. 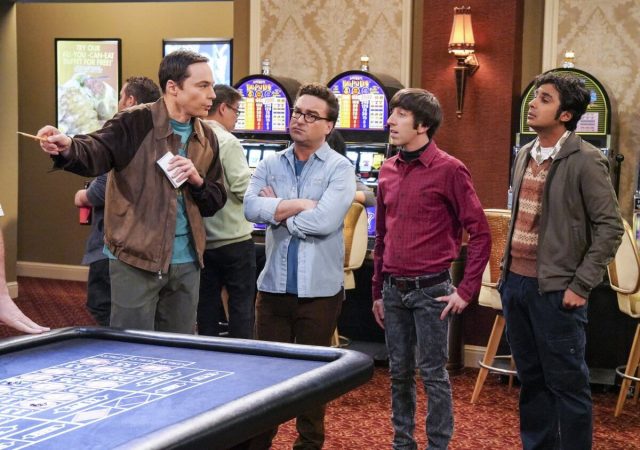 Read More: Our Bloggers Fight It Out As One Loves Sheldon Cooper And One Hates Him

#3. Show Is Becoming A Drag

The show it seems is also running out of plot lines and story ideas with it becoming repetitive and dragging on the same tried and tested things over and over.

While it did have a unique start with focus on the nerdy-geeky guy as the main character, the thing is even that portrayal has changed in media since the show began.

What Big Bang Theory is now doing is cementing that overdone nerd-geek stereotypical humour instead of creating something different.

You almost know how the episode is going to run with Sheldon having some problem, Amy being a supporting character who doesn’t have much to offer in terms of anything, Leonard and Penny coming in to save the day, all the while Howard, Raj and Bernadette having their own little story playing in the background.

Most of the times it almost looks like the rest of the characters are as much an audience as us waiting for their cue to enter while the whole story just revolves around Sheldon.

What’s The Secret Behind The Success of The Big Bang Theory?