Home Campus LivED It: How I Got Inspired By The World Famous Yogi, Sadhguru... 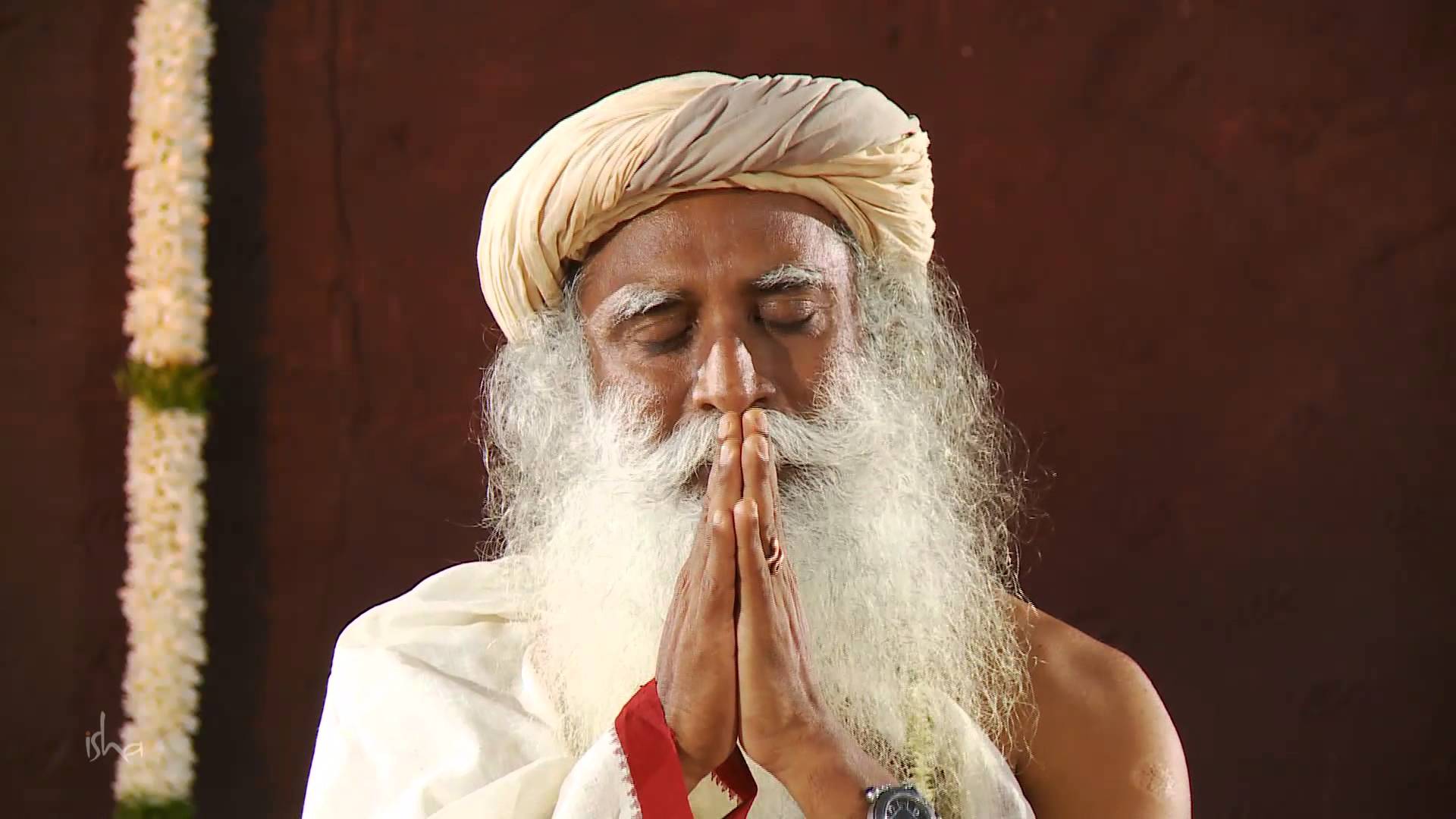 Recently, Shri Ram College Of Commerce collaborated with the famed Sadhguru foundation to hold an interactive session for the students as a part of their Youth and Truth campaign.

For all of those of you who don’t know about Sadhguru, relax!

He’s not like your Baba Ramdev or Asaram Bapu. Considered amongst India’s 50 most influential people, Sadhguru is a yogi, and a bestselling author and poet. 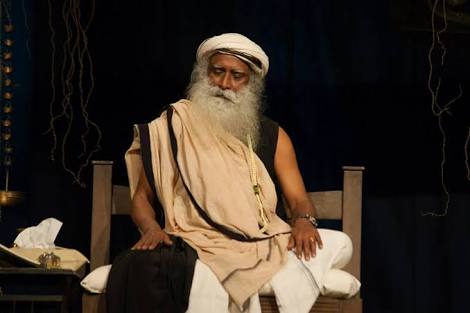 His talks have inspired people all over the world. Sadhguru has even had the opportunity to mesmerize people by giving his talk sessions at the UN, World Economic Forum and Google to name a few.

The Day Of The Event

I had arrived only some 10-12 minutes late and I am not exaggerating when I say this, I hadn’t seen a more huge, patient crowd in the sports complex of my college before that day.

I took a seat, completely unaware about what was to follow when we heard that Mohit Chauhan was also coming to sing for us. Mohit Chauhan’s performance was a surprise since students weren’t informed about him and BOY! IT WAS THE BEST SURPRISE I COULD HAVE GOT IN MONTHS.

He sang Nadaan Parindey, Sadda Haq and more and left us completely charged up for Sadhguru’s talk ahead. 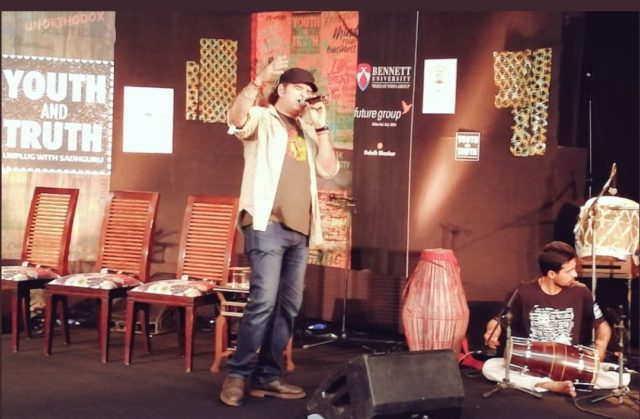 Also Read: “I Am A Boy And I Like Wearing Makeup”: Jason Arland Shares His Struggles Of Being Himself With ED

When Sadhguru finally arrived, all of us were mesmerised. His stature, his simplistic style, the way he carried himself, left me in awe, and so it is true when they say this, because Sadhguru’s presence indeed was really dynamic. We all were instantly captivated. 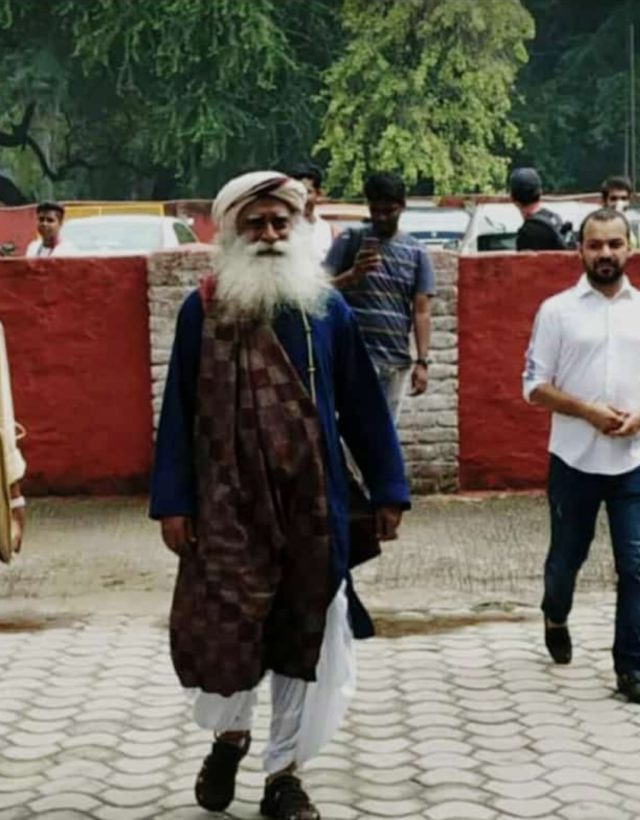 Soon the panelists sitting with Sadhguru began asking him the questions students had sent in earlier. To my surprise, the questions were very simple, non-problematic, non-religious and casual, I could relate to every question and so I could barely contain my curiosity and excitement!

His simple answer of how we should respect and value what we have and not to worry about what we don’t to someone who wanted to handle the stress about his break up with his girlfriend had us all nodding in agreement. 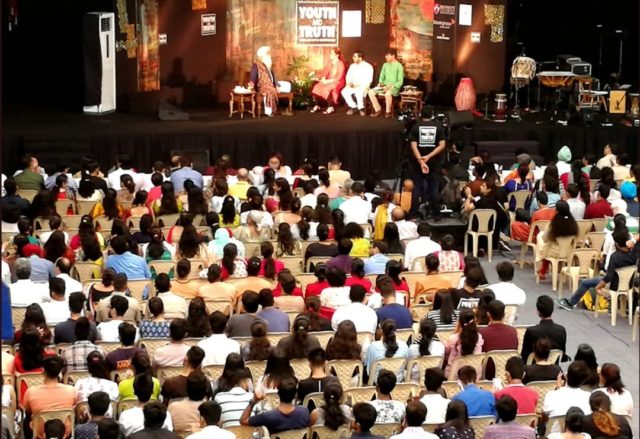 However, one particular Q&A got me hooked.

Sadhguru was asked what did he want to become, what were his goals when he was a youth just like us.

Sadhguru said that he was as confused as us.

He said that one should focus on doing and giving his/her best each day and to win that day.

Sometimes it’s better to not have any end goals because we only end up losing our focus by concentrating on only the endpoint as we are not able to devote ourselves to the present.

I came to the session skeptical and sort of disinterested but I left slightly more positive and awakened about my life ahead.

I would only like to say that this #UnplugWithSadhguru session was true to its name because I felt that I actually got the opportunity to unwind, relax and get inspired by Sadhguru in a non-preachy, non-holier-than-thou way and I truly thank my college for letting me avail this opportunity!