With the notified changes by the centre on 26 October 2020 and the nullification of the ‘Roshni Act’ by the J&K government on 31 October 2020, for the first time, people and investors outside Jammu and Kashmir can buy property in the union territory.

What is the Roshni Act?

The Roshni Act, also known as the Jammu and Kashmir State Land Act 2001, under which 20 lakh kanals of lands was to be given to the permanent residents of the state has been declared as “null and void” by the state government and all the land transfers that had taken place will be retrieved within 6 months.

Under this official notification, the criteria to be a ‘permanent resident of the state’ has also been omitted thereby allowing investors outside the J&K to buy and invest in the UT.

The Principal Secretary, Revenue Department, has been asked to pass an order declaring all the actions (mentioned above) taken under the Act, and rules made thereunder as void ab initio (void with immediate effect).

What land can you buy in Jammu & Kashmir?

Similar notifications for the union territory of Ladakh will also be notified by the centre soon, probably with a separate set of guidelines. As for the UT of Jammu & Kashmir, certain things needs to be kept in mind while dealing and buying of lands, such as: 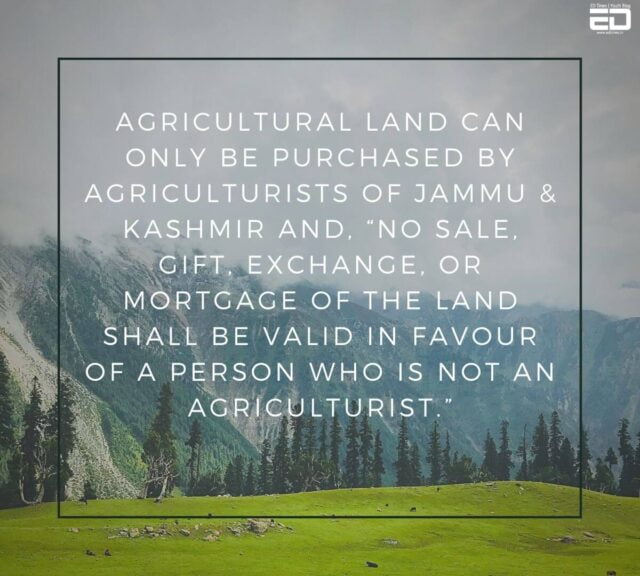 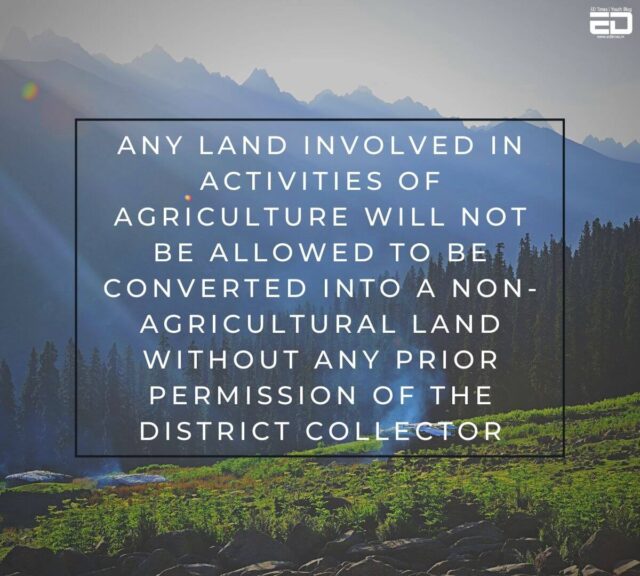 Read More: What Led To A Rise In Demand For Buying Homes Among Indian Millennials? 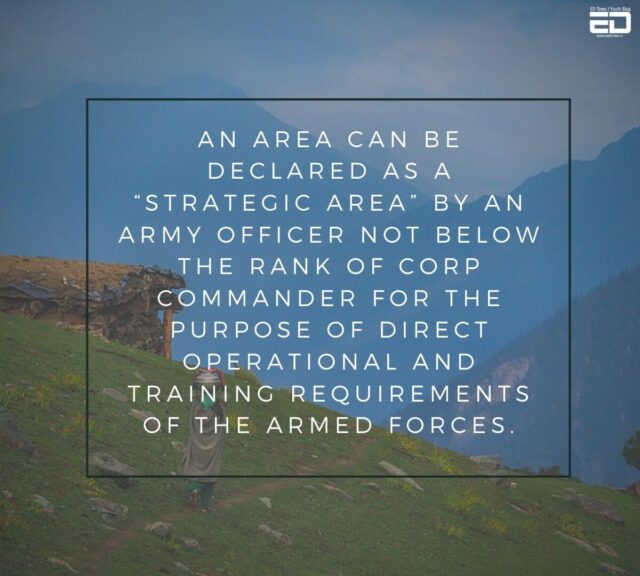 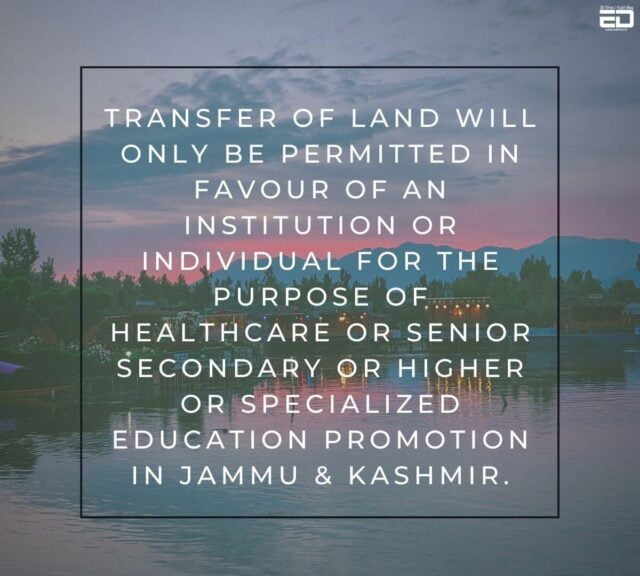 As per the issued order, complete identities of all and any influential persons, who have benefited under the Roshni Act, including ministers, legislators, bureaucrats, government officials, police officers, businessmen, etc., or anyone holding ‘Benami’ (transferred property) for them, will be made public and will be done so within a month.

Property prices in Kashmir are the lowest in India even after the Divisional Commissioner of Kashmir passed an order in January 2020 raising the market value of residential, commercial and agricultural land in all 10 region districts for 2020-21.

One can buy property in Jammu & Kashmir in the same manner just as in any other union territory like Delhi and Puducherry. However, after the centre amended land laws of J&K, many scams have been floating on WhatsApp to trap people and investors interested in buying land in the UT.

Apart from that, political parties, including the National Conference (NC) and the Peoples Democratic Party (PDP) have opposed the move of the union government. Omar Abdullah, NC vice president, said that the amendments have put the state up for sale, making the sale of non-agricultural land easier, which is not acceptable to the people.

There’s strong opposition to the opening of land to non-residents in all the 3 regions – Jammu, Kashmir and Ladakh. The step was still necessary to end the special status and encourage investment, peace and progress in Jammu & Kashmir.

What Is A Money Market? Finance Simplified For Beginners