HomeTechnologyIf The Keyboard Could Talk
Technology

If The Keyboard Could Talk 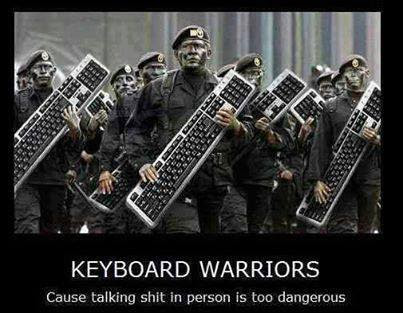 Quite a mindboggling and thought-provoking heading !

A very famous quote says that actions speak louder than words but have you ever imagined in your weirdest dreams that how miraculously our life would be turned upside down if a simple electronic device like keyboard, could talk.

This heading must have surely caught your first hand attention and indeed it’s idea created a tickle in my mind as well, so much so that plenty of thoughts hovered over my mind as to how amazingly absurd this world would be if  all our unspoken thoughts actually get heard by everyone around !!

The only part in the computer system which is capable of conveying our thoughts to the ever complicated wired machine’s brain by sending our messages in the form of inked words would create an interesting havoc if its buttons would actually speak up the words being pressed upon them !!

Thinking of the funniest consequence which comes to my mind is the one when in a working place of 10-20 employees typing together on their respective keyboards eventually turning it all into a remarkable fish market filled with the voices of their talking keyboards !!

Just imagine the state of their minds amidst of all such different cracking noises :P

Another most important use of these keyboards is found almost everywhere in this era of booming social networking sites like Facebook and Twitter where people are spending almost half of their lives typing their thoughts on the computers spreading it around the world !

Imagine the today’s so called love birds talking to each other via these social networking sites using these keyboards.  How interesting it would be if the keyboards starts questioning your love ? If it begins to modify your loving thoughts being conveyed to the person on the other side of your computer, wouldn’t you feel as if there’s a love counselor sitting between you both ??!!

What if it leads to your relationship status being changed to “It’s Complicated” from “I am Committed” ??!!

How can we forget ! What a disaster it would result into if their parents are sitting beside them while they are sharing their love messages :P Giving you a shiver even in your imaginations ??

Of course all of their love would turn into a spark giving rise to World War 3 !!

On a serious note, this imagination can actually cost the security of our country a great high price and trembling its very foundation !!

Though there has been a remarkable advancement in the field of technology whereby the most important details and information are transmitted in the most secured manner via various means of encryption but still there are many areas where sensitive data is still transmitted through simple computers, thus our not-so-common imagination of talking keyboards would compromise the integrity of the information being transmitted and would cause a terrible threat to our nation !

This weird imagination can lead to a catastrophe to fall on our nation’s security and confidentiality !!

Another interesting incident is surely the one you all must be thinking about and it has eventually clicked my mind too !

So much entrancingly hilarious it would be if all these ideas of mine actually be a result of my negotiation with the keyboard itself !! If all my thought processing is shared with its own words and thoughts ! I think it would be very amusing if the theme of my article is itself going to guide me the way to pen down the cognition of its essence !!

A mere imagination but what a wonderful thought !

But it’s actually not as easy as it seems to be!

Every unique action has an equal and inexorably exclusive opposite reaction !!!!

So simply let our thoughts be conveyed by the ink of our mind and not by a talkative piece of science !!