As the country struggles with the second wave of the pandemic, the demand for vaccine vials has been increasing ever since. While the government declared the beginning of mass vaccination for those above the age of 18 from the month of May, the shortage of vaccines is making people anxious.

Data released by the central government on May 1st revealed that Kerala and Andhra Pradesh were the only two states to have consumed the vaccines allotted to them in an amazingly effective manner. The states were able to actually consume more vaccine doses than the received vials! 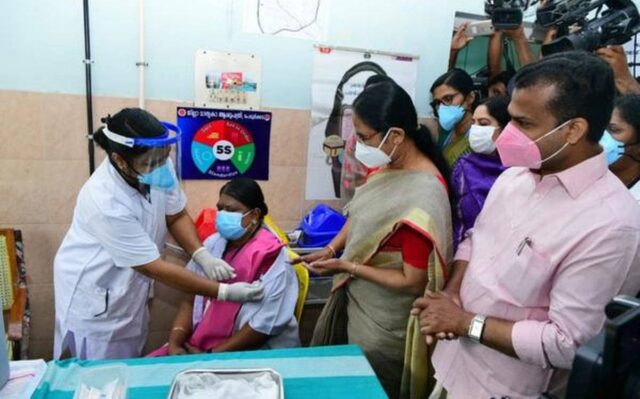 Kerala was able to achieve zero wastage in terms of vaccine consumption due to the strict implementation of protocols related to storage, transportation, and administration of the vaccines. The public also played a major role by not wasting time and getting vaccinated according to the schedule, cooperating with the administrators.

The government of Kerala had also previously been praised due to its effective handling of the first wave of the COVID-19 pandemic. After getting re-elected in the 2021 elections, the administration’s effort to utilize the vaccines to their maximum has not gone unnoticed.

Pinarayi Vijayan, the Chief Minister of Kerala took to Twitter to address the “super-efficient” approach towards vaccination taken by health workers in the state.

The Prime Minister also appreciated the effective method of vaccination and praised the feat.

As mentioned in the tweet, Kerala had received around 73 lakh doses of vaccine and was effectively able to provide 74 lakh doses! The health workers made sure to make the best out of every significant drop of the vial, leading to maximum utilization of resources.

Kerala also witnessed a hike in the number of COVID-19 cases in the month of May, and the government has announced a strict lockdown till 16th May 2021, as preventive measures. Although, the government has clearly stated that this will not affect the vaccination process of the state.

While currently, the vaccines are not easily available for people under the age of 45 in the state, the administrators are trying to make sure to administer second doses to the previously vaccinated people first.

Methods like on-spot registrations and reduction in the price of vaccines at government hospitals have also been contributing to effective vaccination.

The state government had also effectively reduced the rates for RT PCR tests in private as well as public centers across the states and had asked the youth population of the state to donate blood while getting vaccinated to overcome shortages in blood banks across the state.

While holding elections was also strongly condemned by the public of the state, Kerala has been surprisingly eloquent in handling the virus, while being among the states with a comparatively lesser test positivity rate. 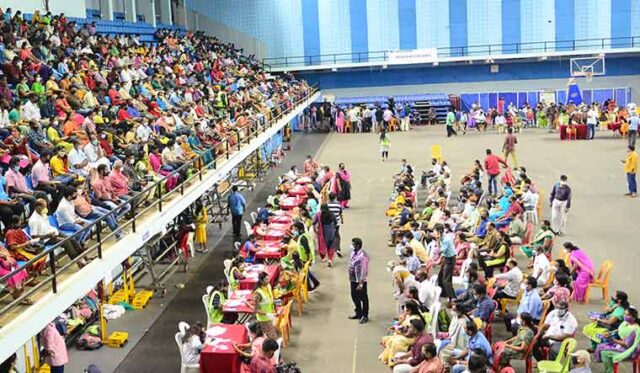 As the virus creates a critical situation across the country, it is important to acknowledge and appreciate the efforts made by health works and medical personnel – and the feat achieved by the medical community of Kerala should surely be duplicated by other states as well!

What are your thoughts on the effective model of vaccination employed by Kerala? Let us know by commenting below. Also, stay at home unless it is absolutely necessary to step out, register for vaccines, and keep checking for its availability through online resources.