Home Entertainment This Is How K-Pop Band BTS’ Fanclub Raised Rs. 5 Lakh+ For... 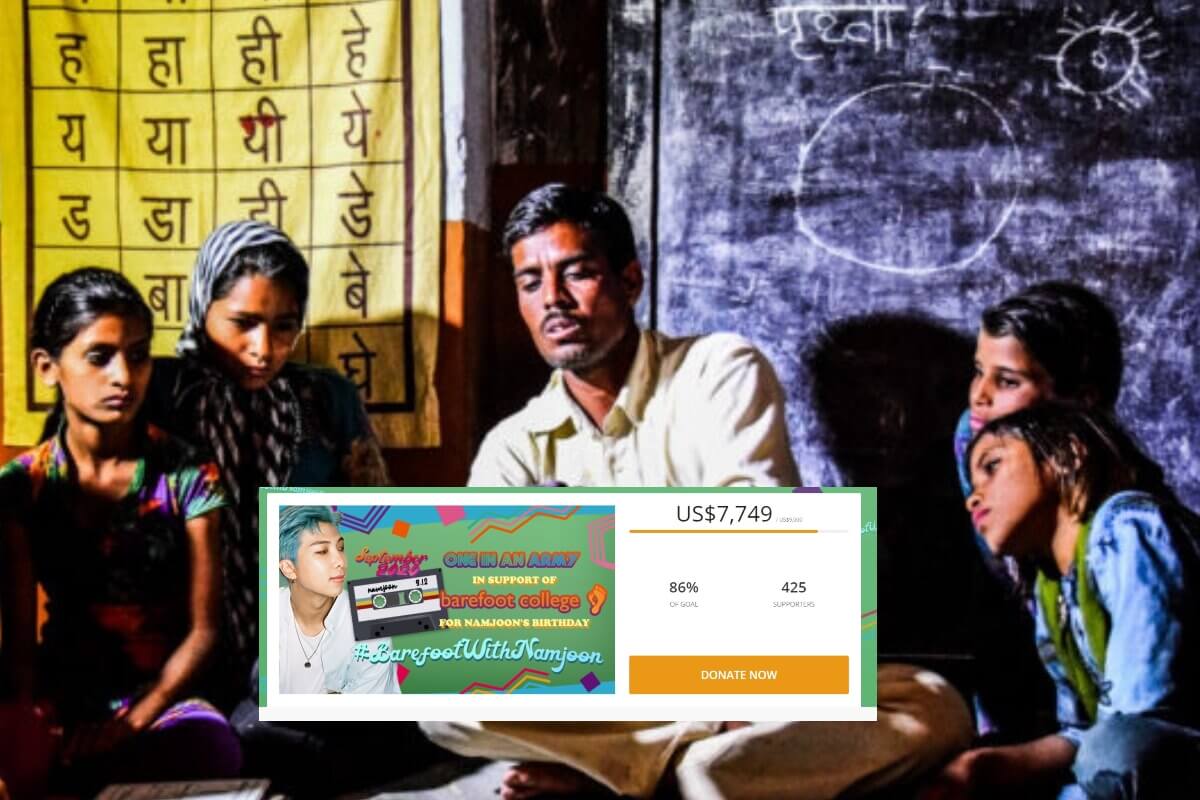 The BTS fan club called ARMY has always prided themself on their charitable efforts and projects, something they say they’ve learnt from their idols.

In 2017, the band launched the global Love Myself anti-violence campaign in collaboration with UNICEF. Along with several donations and charity to small organisations and causes in their own country or hometowns, they also recently donated a whole $1 million towards the Black Live Matter (BLM) movement.

The ARMY fan club is not lagging behind at all, matching their artists step for step and doing charity all across the world. They managed to match the 1 million dollar donation to BLM in almost record time.

Now another charitable project started by One in an ARMY⁷ Charity Project (@OneInAnARMY) has gained attention.

What Is This Event For?

The leader of BTS, Kim Namjoon aka RM’s birthday is approaching soon, on September 12th, and like always ARMYs from around the world create their own projects in honour of him.

This time, One in an ARMY⁷ Charity Project decided to raise funds for a night school in India called ‘Barefoot College’.

They posted this on their official Twitter page yesterday, on September 7th 2020:

Read More: Does It Really Matter If A Lot Of BTS Fans Are ‘Little Girls’?

‘Barefoot College’ was created in 1972 by Bunker Roy, in a village called Tilonia in Rajasthan. The aim of this college was to give basic lessons to adults and children in reading, writing and accounting.

A majority of the student population is made up of girls and other “drop-outs, cop-outs and wash-outs.”

As per sources, there were around 3,000 students attending about 150 such night schools back in 2008.

These colleges are essential to give training to village residents in vocational skills that can help them become more self-sufficient and aware of the world around them.

This charity project by the BTS fan club ARMY has now managed to raise more than Rs. 5 lakh and is working to set up a Digital Night School due to the current coronavirus pandemic.

Because COVID-19 has closed down all schools and colleges, many children are going without education. This is worse in villages where amenities like Internet, laptops or desktops for children and such are not readily available like in the urban areas.

Barefoot College, for their part, has recognised and appreciated this goodwill by the BTS ARMY.

This project eventually wants to bring education to the children themselves, without the latter having to step out of their houses. Things like printed worksheets being delivered to their home, trained teachers giving lessons digitally, providing electricity to some communities through solar energy so that students can keep studying and more have to be accomplished.