Belhussein Abdelsalam, also known as Charlo, is a Moroccan street performer who got arrested and lost his job three decades ago. The 58-year-old saw Charlie Chaplin on his television and found a new career for himself.

Abdelsalam impersonates the British actor and has been performing on the streets of Morocco’s capital, Rabat, nearly every day since then. He is a former sports photographer and political activist who sees parallels between himself and the screen legend.

Charlie Chaplin’s humor and painted face hid a deep well of emotions and painful memories behind his comedic mask. Similarly, imitating the actor is a way Abdelsalam hides his sadness and hardships.

In an interview, he said, “It was when I lost everything that I became Charlie Chaplin, (who) made the world laugh and cry without saying a word. He is a unique person who fought against discrimination and united (everyone).”

Charlo earns less than 150 dollars per month from tips. This career change helped him live the ambitions he had when he was a theatre artist. Even though he had other career options, he is happy and proud to make people laugh.

A Glimpse Into Charlo’s Life 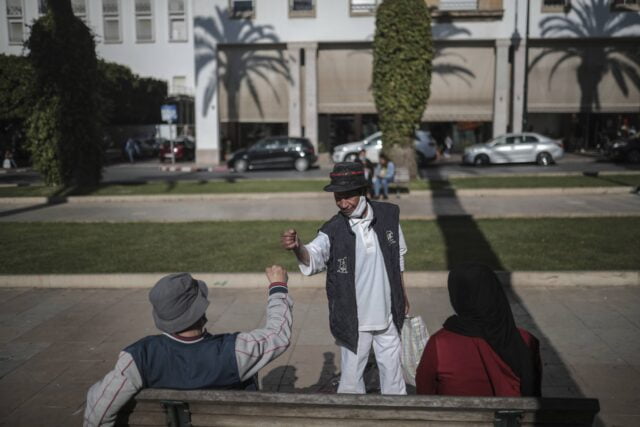 Charlo spends his bittersweet days on the streets of Avenue Mohammed V. He carries balloons, masks, trumpets, pigeon feed, and a smile.

He is filled with the ghosts of his past. Even today, he always keeps his photos as a sports photographer and his pictures as a suited young man involved in politics.

All this was before Charlo claimed he was arrested for his political activism and journalism. He spent a year in prison in the 1980s. Though he regrets what happened to him, he is thankful that theatre helped him survive mentally

“Bad things happened to me from bad people,” he said, “If not for Charlie Chaplin I would have lost my mind.”

The pandemic is another disturbance in his life. Charlo lost his already-meager earnings because Morocco went into lockdown. As a result, he was no longer able to perform.

Travel Palak Dogra - September 10, 2021
It was on 18th February 1911, when the first commercial flight departed from Allahabad. Since that day, several other flights departed from India and...