Home Technology If You Love Forwarding Messages On WhatsApp, Then You Should Know About... 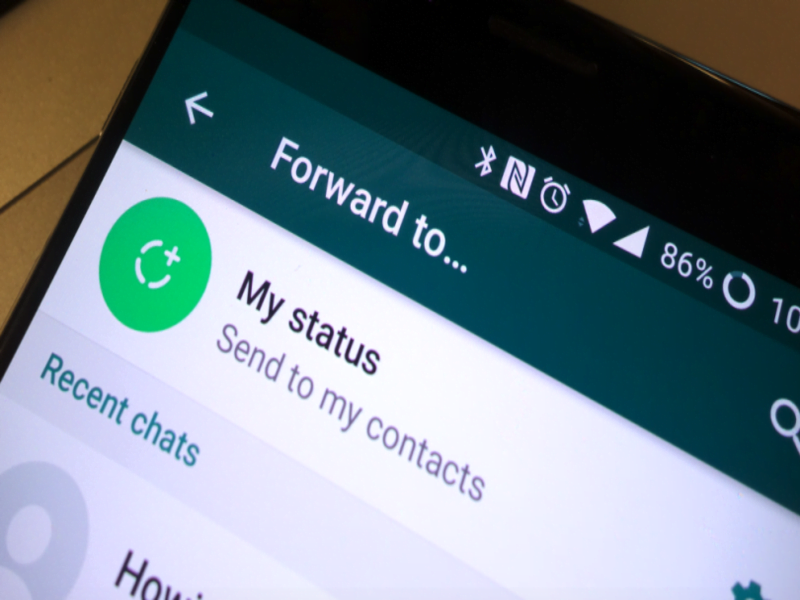 With a user base of more than 200 million in the country, WhatsApp has a considerable influence in India. Launched in 2010, the private messaging platform has grown monumentally, with it now being the most popular smartphone application in India.

Indians, apparently, love forwarding messages on WhatsApp. According to WhatsApp, users in India forward more messages, photos, and videos than any other country in the world. As a result, circulation of messages is faster than anywhere else. However, this easy circulation of messages is doing more harm than good, as fake messages spread like wildfire, causing numerous mob-lynching incidents across the country.

With popularity comes responsibility and this is exactly what the Indian government wants WhatsApp to take.

Having sent WhatsApp a notice earlier in July, the government sent another one this week, asking the platform to take more stringent actions to curb the spread of fake news.

In a statement, the IT Ministry said,

“When rumours and fake news get propagated by mischief mongers, the medium used for such propagation cannot evade responsibility and accountability. If they remain mute spectators they are liable to be treated as abettors and thereafter face consequent legal action.”

In response to the government’s first notice, WhatsApp had asked for cooperation from both the government as well as the community and said that “by working together”, fake news, misinformation and hoaxes can be defeated.

Ever since receiving a notice from the Indian government, the messaging platform, which is always evolving, introduced a number of changes to tackle the spread of fake news.

Much of it concerns message forwarding, which is seen as the primary reason for spread of fake news.

Another reason for spreading of information is the group feature, where more than 250 members can be added in a group.

With this in mind, WhatsApp has introduced the following changes in its interface:

After receiving the first notice from the government, WhatsApp had announced a new feature that allowed users to identify if a message is forwarded or not.

This is a very important update that will allow users to identify the source of the message. More often than not, users forward messages without verifying its truthfulness.

Also Read: Why Is The Centre Blaming WhatsApp For Fake Rumours And Not BJP IT Cell?

Another update announced by WhatsApp sees the quick forward button beside media messages being removed.

Earlier, to facilitate quick sharing of media, WhatsApp had given a quick forward button beside media messages. However, it has been misused by users in India as they forward such inciting messages without thinking of the consequences.

#3. Limiting message forwarding to 5 chats in one go

Mass forwarding is one of the main reasons that causes mob-lynching and other forms of violent activities. It allowed users to forward a message to fifty contacts in one go.

With the update, a user can forward a particular message in one go up to 5 chats only.

WhatsApp groups are very popular on the messaging platform, and this feature has been misused to a great extent, leading to violent activities such as mob lynching.

Groups with a large number of people often lose their importance as it gets diluted in the chit-chat of the members. Some members were in the habit of forwarding unnecessary messages.

Thus, to provide greater control to the group admins, WhatsApp has rolled out a new feature that allows admins to control who can send messages on the group.

Besides the updates, on July 10, WhatsApp issued full-page ads in many popular Indian newspapers, titled “Together we can fight false information”.

In a first of its kind, it urged users to check and verify a piece of information before sharing it or passing it on further.

The end-to-end encryption of messages that are shared between users prevents even WhatsApp from accessing the messages that its users share on the platform.

However, the updates rolled out by the platform are a step in the right direction and should prevent people from blindly forwarding messages on WhatsApp that encourage violence.

What we need to understand is that WhatsApp isn’t the sole entity to be blamed. It’s just a messaging platform, like others. Yes, it’s a very popular one, and also the one which is being used for some unconstitutional activities, but even if it did not exist, people will find a way to spread hate.

Part of the problem, a major part, is the user mindset. If we, as users, aren’t responsible enough to know the consequences of our actions, no amount of updates in a messaging platform can help.

As WhatsApp mentioned in its statement, we can fight this problem by working together as one.

WhatsApp, the government and the community, all as one.