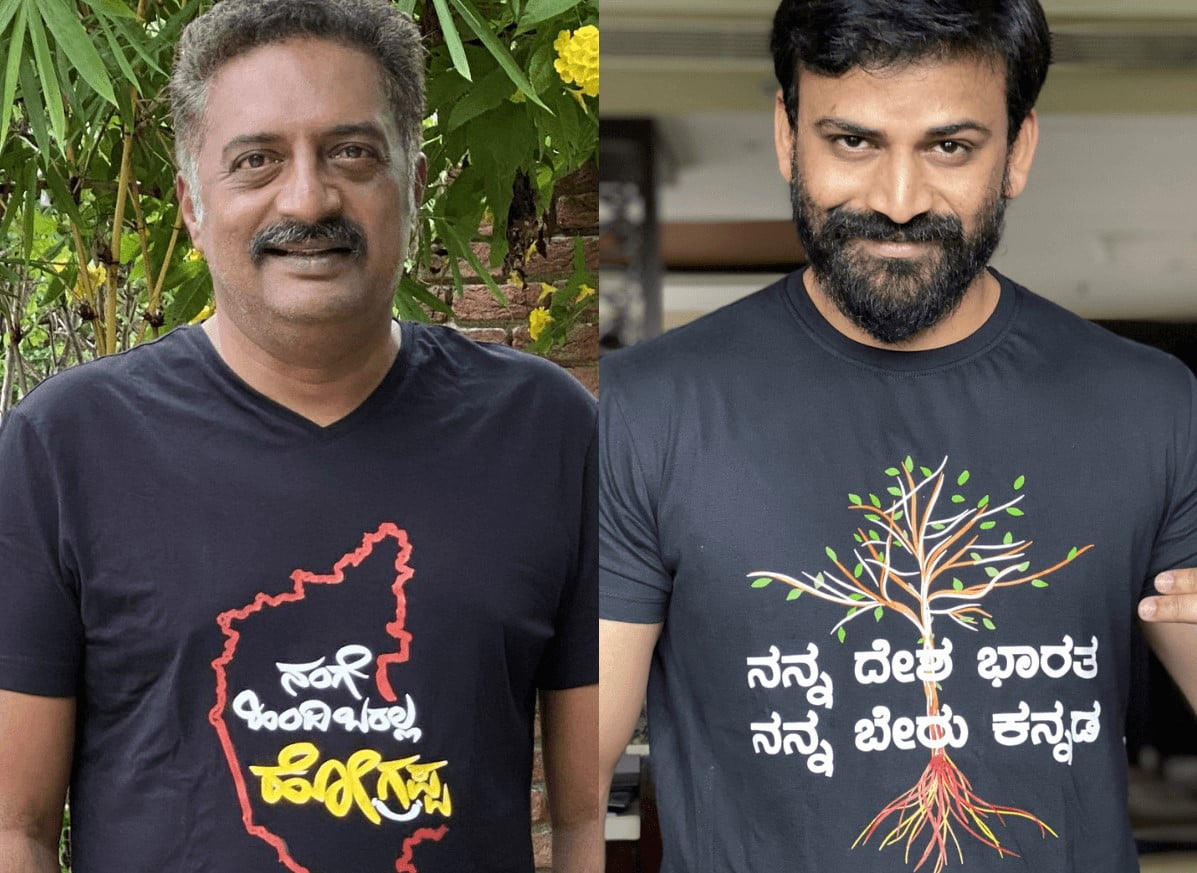 There’s a very thin line between acquiring uniformity within a country and imposing uninvited norms in the name of nationalistic virtues.

This ideology seems to be the inspiration when southern states of India take a stand against Hindi being taken forward and glorified as India’s unifying thread of a language.

Every year on the 14th of September, India celebrates the existence of Hindi and patriotic beliefs associated with it under the name of ‘Hindi Diwas’.

The actors posted their photos on Twitter in which they were seen donning t-shirts with quotes printed in Kannada and Tamil which read, 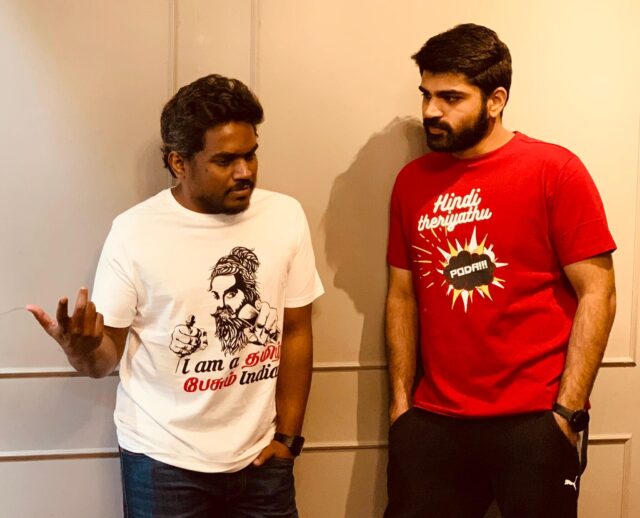 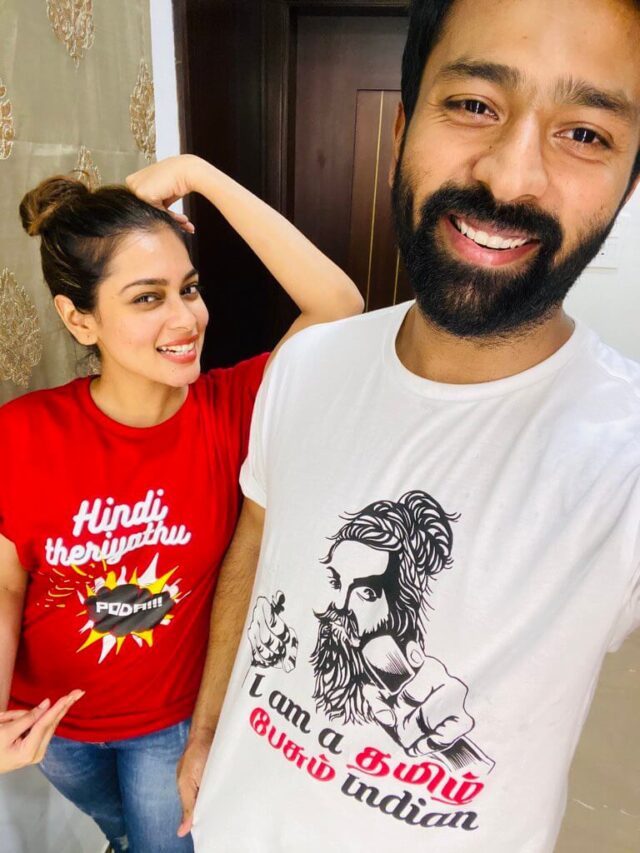 Actor Daali Dhananjaya also tweeted in Kannada which meant ‘My country is India, My Root Kannada. I respect all languages but I love my language more. No imposition’. 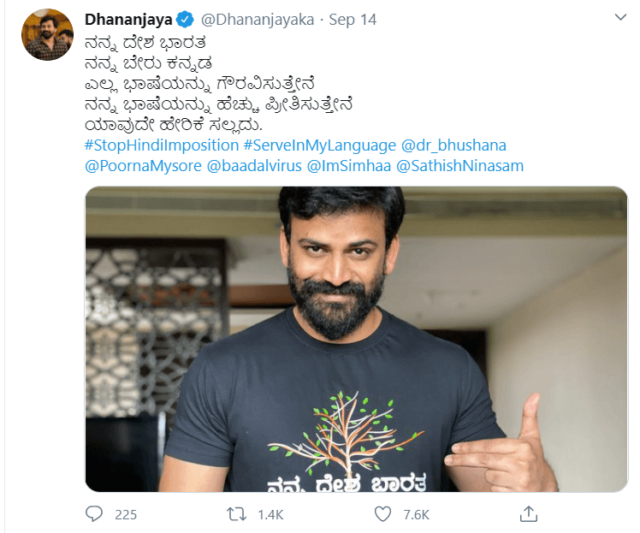 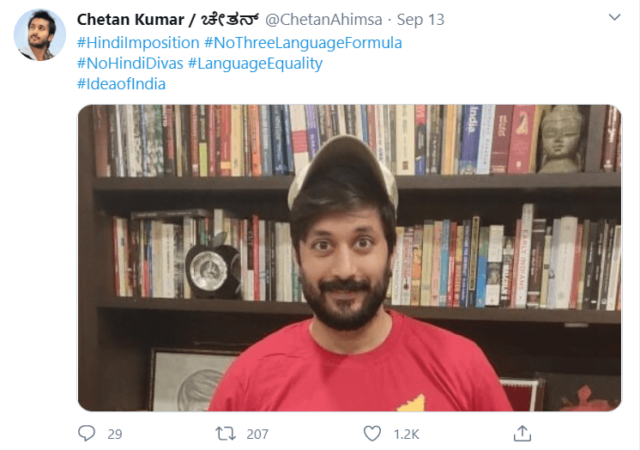 The kind of hashtags the actors used in their posts implied the unwelcomed imposition of Hindi that they felt to be happening in the country.

Also Read: List Of Unusual Arrests Made By Police In Delhi Riots Case, While Those In Images Walk Free

In India, the Constitution, the supreme law of India, itself does not consider Hindi as the national language, despite it being the most widely spoken language of the country. It is just an official language.

Still, the kind of stature that is served to Hindi by the government is not acceptable to the natives of southern states of India where people have a stronger hold on and connection with the regional languages than Hindi. 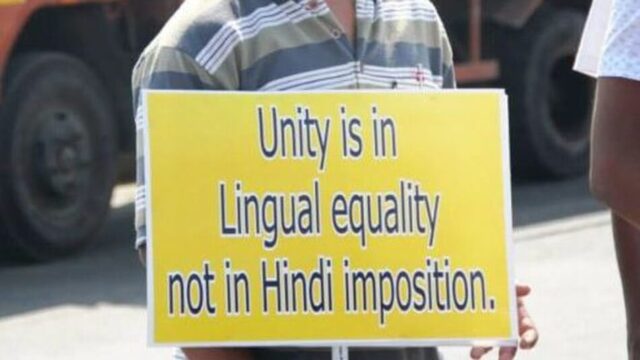 Recently announced National Education Policy (NEP) 2020 introduced a three-language formula that drew a lot of flak from regional political parties of Tamil Nadu like AIADMK and DMK as they don’t want to do away with their dual-language policy which makes use of Tamil and English only.

The NEP 2020 was also alleged to have plans for unnecessarily imposing Sanskrit and Hindi.

Actor and writer Nagabhushana NS kept going with the flow with a tweet showing concern for the rural students who may not be knowing Hindi but still have to bear the linguistic bars while dealing with question papers of national level exams, bank challan, etc. 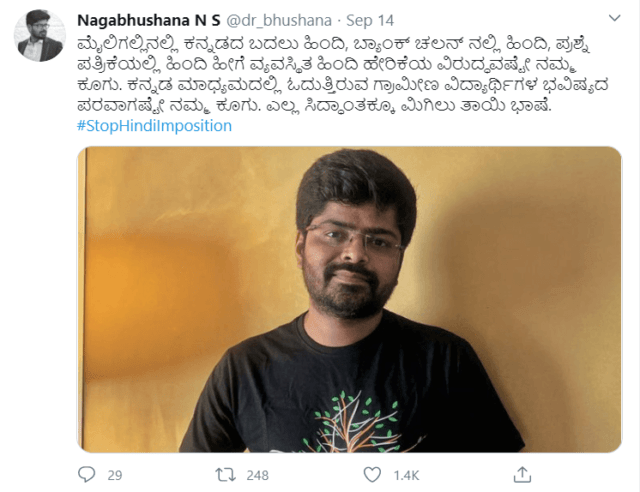 The linguistic spectrum of a country should reflect its vast cultural diversity. The disparities must be resolved so that people may never give up on taking pride in any language that is indigenous to their nation.

“The Worst Time Of My Life Was After I Won KBC,” With Alcohol Addiction, Ego Etc.