Everyone one of us misses their school days and why not. Those were probably the best part of our lives. Very few of us can claim to be happy with our college life and I feel lucky to be one of the few and even luckier to be a part of Hansraj College, Delhi University.

I won’t go into the done to death details of LP (Lover’s Point) which is the hangout point of our college and how supposedly SRK had proposed to Gauri Khan out there but rather let you know of the reasons which make my college uber cool.

One thing which is special about my college is the bond which we share with our seniors. I do realize that the term, ’bonding with your seniors’ has become quite overrated nowadays but then ours is probably not that cliched.

The effort that goes in giving them an awesome farewell is huge and we do it not because it’s a tradition but because we absolutely love them and I’m again repeating that I’m not over exaggerating even one bit.

Especially in my first year, whenever I used to be at LP, the seniors of my society always used to be together and I quite often was with them during recess hours.

The same environment exists even now.  It feels good because it isn’t about being cool to have friends amongst your seniors but more about being cared for, sharing stories of the numerous ‘kaands’, having ‘crazy flat parties’ with all the society members where we are served ‘liquid prasad’ and a lot more stuff.

The best part is that even after my super seniors have graduated, I’m still in touch with quite a lot of them.

Also read: The Great Fall Of Reliance Communications And What Does The Future Hold For Them?

I’m not a hosteller myself but one thing I know for sure is that the hostel life in our college is really cool and maybe calling it just cool would be an understatement.

The way the hostellers prepare themselves for the intra-college elections, the after election celebrations and the life in general out there seems to be quite crazy. I definitely regret not taking admission in the hostel. It is a cliched expression I know, ‘we enter the hostel as individuals but come out as brothers’, but it’s probably true.

Another amazing thing that I like the most about my college is the competitive attitude among the copious high-quality societies. If we had adequate funding for various competitions, the societies in Hansraj can outperform any college hands down and believe me, I’m not being biased at all in this regard.

Terpsi Chorean recently emerged victorious yet again at IIT Bombay’s fest, Mood Indigo which is by far the best fest in India. The members of our Dramatics Society were part of an A-list Bollywood film starring Shraddha Kapoor and Arjun Kapoor which goes on to show the talent warehouse in our college.

We have similar societies like Markus, Ecosoc, FIC, Comsoc, Neenv and many more which more or less stage competitions based on business acumen. The fierce rivalry among them to outperform each other and emerge as the best is quite fascinating to see.

Then there is the regular trash talk on ‘which is the best’ that actually motivates everyone to outdo each other.

We obviously also have the ‘cherry on the cake’ societies like Debsoc and Enactus which are unique, different and successful in their own ways. There are more societies as well which are of equal stature like the Pixels, Oorja, Culinary Arts Society which staged the first DU food festival, etc.

To be honest, I always used to be despondent about the fact that I couldn’t get into SRCC just by 1 mark but then, I couldn’t have been happier by being here in Hansraj. Yes, we may lack in quality of placements and sponsorships in comparison to biggies like SRCC but other than that, there’s no denying the fact that Hansraj is the best college in DU.

I absolutely love my college and not many people of other colleges can say the same about their own.

Why Have Reputed Universities Like DU And JNU Become Hot Bed Of Drug Abuse? 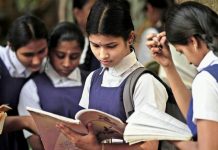 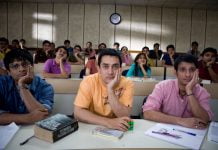 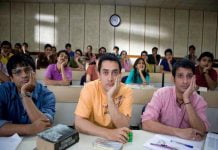 Reviews Brand Voice - May 23, 2022
A sensorial experience of two different moods has come under one roof. Sassy & Oscar has opened its doors at Gardens Galleria Mall Noida,...