Over the past few years, there has been a certain increase in the sort of people who find recycling exciting, who wear shoes made from the dump of the Lion-tailed Macaque and eat asparagus with some boiled earthworms.

And they do give out the message that they have nothing enthralling happening in their lives & are not the sort of people you’d like to have dinner with.

I proudly call them the “Ecomentalists”.

Now, apparently people have started to see “electricity” as the future, that will herald the bright, new dawn of silent, zero-emission electric motoring, where no one dies and townships actually look like the models architects make when applying for planning permission.

However though, there is a small glitch, which is that all of it is just a facade. WE ARE too dependent on oil. And the fact of the matter is that the long-term solution is not electric but, hydrogen.

But, governments don’t like long-term solutions. They like “Jugaad” because if everything is done in a proper manner then, they will be rendered useless.  So, instead of a long-term fix, they have all jumped onto the hybrid/electric bandwagon, offering discounts and incentives to people who buy Mahindra Reva E2O or Toyota Prius.

The thing that is hard to believe & even harder to digest is that the solution to the energy crisis is to be found by a car that has normal petrol engine with an electric motor dependent on a heavy bank of batteries.

Acknowledging the “Elephant in the room”

Now, the main reason I am not in favour of electric vehicles (EV’s) is that they require “electricity” to work. And the simple fact of the matter is that the plug-in EV can be charged by a 13 Amp socket in your garage that will send the demand for electricity through the roof and which will be a problem for cities like Delhi & Mumbai that do face power shortages and blackouts even today. However, it is not the only issue. The irony is that in order to save our natural resources i.e coal and gas, we want to switch to electric power but, what one forgets is that to fill those electric-matchboxes one uses the same electricity that has been made in thermal power plants that use up coal and give out enormous amount of smoke and fumes.

So, what do we exactly plan on saving? Natural resources? No. Money? No. Air quality? Ehh..No!

So, why not Hydrogen? It is the most abundant element in nature and also the only thing coming out of the exhaust-pipe is water. Which will make the Johnny Polar bear all happy & excited.

Think of it as then, in the 90’s when people started believing that Tusshar Kapoor will be the next big star but, as far as I remember that didn’t happen. Did it?

Same is the case with electric technology, it is the Tusshar Kapoor of the technological world. The fact that it is the brain child of eco-mentalists doesn’t change the inevitability of it.

Hydrogen fuel cells are more viable as a long-term alternative because:

A) They are environment-friendly and readily available.

C) You could save the environment & still not look daft and uninteresting because Hydrogen fuel cells sound good, it sounds cool.

Tony Stark wouldn’t look cool if his suit was powered by Duracell. Same is the case with cars. Honda tried their hand and came up with the FCX Clarity, which can be regarded as one of the greatest achievements of all-times and according to me is similar to Ranbir Kapoor, which means it is brilliant.

What’s the harm in that?

Because at the end of the day, no one likes Tusshar Kapoor. 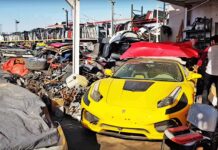 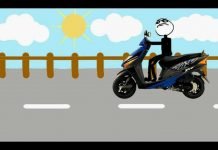 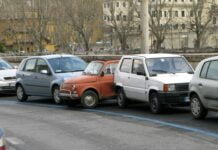 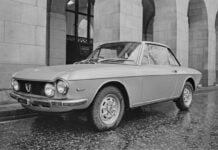 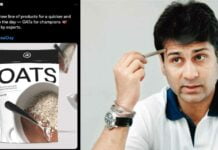 Rajiv Bajaj Mocks OLA, OLA Chief Hits Back In A War Of Words