The Sushant Singh Rajput death case is gaining enough momentum in the Indian media and society that it has been able to polarize people between the extremes of Pro-Sushant and Anti.

The entire matter started with the alleged suicide of actor Sushant Singh Rajput and the investigations which followed. The Mumbai Police was accused of not investigating the matter appropriately. Amidst this, an FIR was filed in the jurisdiction of Bihar by Sushant Singh Rajput’s family against his partner and actress, Rhea Chakraborty.

The Bihar Government sent a delegation of police officials to Mumbai to investigate the matter on their motion. This was followed by a jurisdictional fight between the Bihar government and the Maharashtra government. This matter was dragged even to the court of law whereby CBI investigation was shown a green flag.

While currently the matter is sub judice and has gained multiple facets, we cannot ignore the ‘Bihar angle’ that has been propagated in this entire matter. 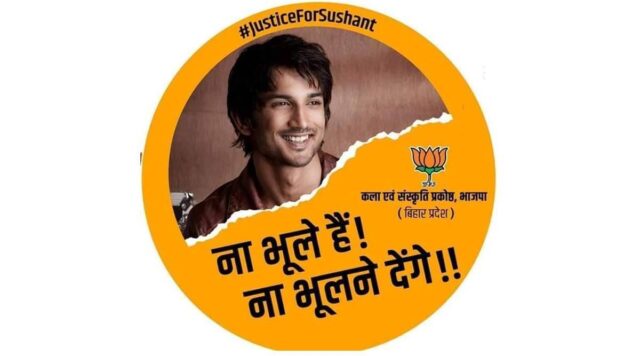 Nitish Kumar mentioned the name of the deceased actor in a virtual political rally and BJP was quick to use pictures of Sushant in campaign propaganda. BJP is politicizing the death of the actor, asking for justice not for him, but for ‘Bihar ka Beta Sushant’.

Countering this, TMC’s leader, Adhir Ranjan Chaudhary was quick to remind the nation that the prime accused in the matter, Rhea Chakraborty, is a Bengali Brahmin woman.

While caste-based and regional political polarization isn’t new to elections, it has gone to new heights this time.

Sushant Singh’s death isn’t the only incident when political parties politicized a criminal matter. The Ishrat Jahan encounter of 2004 had gained immense momentum during the Bihar elections of 2005 and even later.

JDU leaders had claimed that Ishrat Jahan, who was later found out to be a militant, was Bihar ki Beti. In furtherance of the same propaganda, they had demanded justice for her.

Another such incident was the Jisha Murder case of Kerala. The rape and subsequent murder of a young law student in Ernakulam district of Kerala were highly publicised during the Kerala State Assembly elections of 2016. It remained in the focus of various political parties during their election campaign.

Similar matters were witnessed during the infamous Anti-Sikh riots of 1984 and the Gujarat riots of 2002. 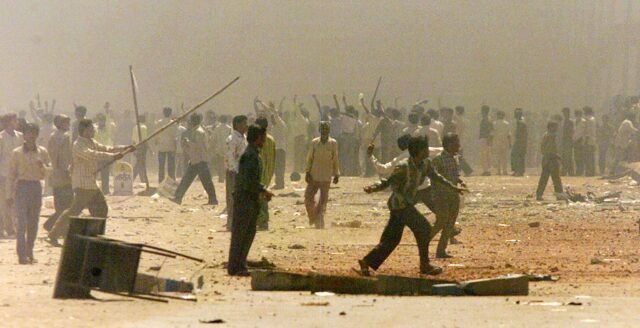 The Anti-Sikh riots, which were incited by the death of former Prime Minister Indira Gandhi, found an important place in election propaganda during the election of 1984.

Though the Congress party regained power with a thumping majority, the matter was raised by the political parties in their election manifesto.

Similarly, the elections which took place in Gujarat post the Gujarat riots of 2002 were greatly influenced by the aftermath of riots and the questions relating to the security of Muslims in Gujarat.

Will Sushant Get Justice?

The aspect of justice depends on how the Central Bureau of Investigation, Narcotics Control Bureau and Enforcement Directorate would deal with the case and how speedy would be the justice delivery system in the courts.

However, the hype that we are witnessing around this case presently will die out with efflux of time. By the efflux of time, I mean elections.

Like all other matters that I mentioned above, this case will also lose public attention over time and will be lost amongst a thousand other cases that are still pending before the courts.

Did Sooraj Pancholi Have A Role To Play In Sushant Singh’s Demise And His Ex-Manager Disha Salian?