The NFL is known not only throughout America, but worldwide for its loyal, hardworking, well paid players, its fast paced and high octane games and its ability to get even the most reserved football fan up on their feet and invested in the game. Since its founding in 1920, the NFL has undergone many changes; join us as we take a look at the highs and lows of the NFL’s evolution over the years.

If we know one thing, we know that you can bet on the NFL to choose the best players to help the institution grow and change over time, and 100 years of NFL history has proven this could not be more true. Since its founding in a car showroom in Canton, Ohio, The NFL has grown from ten teams in four states to a whopping 32 teams, country wide. The very first game in NFL history was hosted by the Dayton Triangles at Triangle Park and won against the Columbus Panhandles 14-0. Fast forward 100 years, and the last NFL game that the US saw was the Huston Texans VS the Kansas City Chiefs, and it saw the Chiefs take home the win at 34-20, with the 2021 season being due to start in a matter of days.

Not only has the NFL grown in terms of its size, but it’s rules as well as the tools used by players in the game have grown and changed as time has gone by. Back in the day, the quarterback was not permitted to throw a pass unless he was at least 5 years behind the scrimmage line. Player substitutions were not allowed, absolutely no verbal assistance from the side lines was permitted and, believe it or not, players were permitted to grab their opponents face masks any time they liked. Today, many rules that were officially required when the NFL was much younger, would be considered infractions.

A great example of how things have changed is the official kick off line. Between 1974 and 2011 alone, the NFL moved the line 3 times. Of course, when the league was younger, the wheels turned more slowly and any rule or field changes took much longer to be approved than they do now. When the rules were initially set down by the very first iteration of the National Football League, they took their cue from the rules used in college games, which they used for over a decade. In 1932 the official Rule Committee was formed, and they would go on to develop their own rule book within the next decade. Changes to the rules could come from any number of places: say a controversy over a play or repetitive injuries…but there is always a reason for any change that the NFL makes. 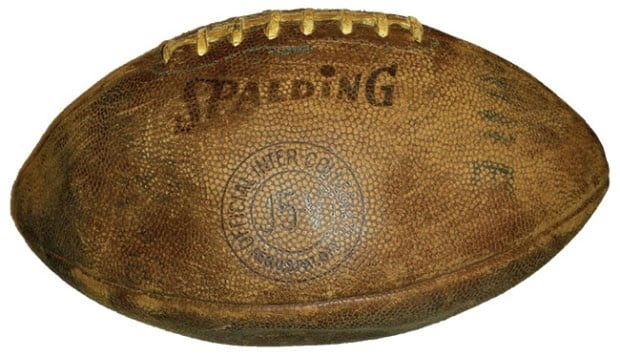 The humble football itself has evolved with the NHL. When the league was formed in 1920, the ball passed between players was the Spalding JF-V which had more of an aerodynamic shape than its predecessor, allowing for that perfect spiral known and loved by football fans country wide. In 1935, the ball changed again, being shortened to 11 inches. The shape was now officially known as a “prolate spheroid”. 1941 saw Wilson taking over as the manufacturer of the official NFL football and adding better grip and updated laces. Today. Wilson are still the official ball manufacturers for football in the US, but technological updates mean that they are able to explore the option of putting sensors into the balls to record player movements and even settle disputes.

Let’s take a look at some of the biggest changes the NFL has seen over the last century.

When the NFL was formed, their player and leadership base was almost exclusively white. Thankfully, in 1946, the NFL signed a contract with Kenny Washington (who is widely acknowledged as one of the best collegiate players ever) and officially has their first African American league player. The wheels of inclusion did turn slowly to start with; 1970 saw a bigger influx of non-white players when the AFL/NFL merger was pushed through. As of 2021, the NFL is made up of 57.5% African American players, 24.9% Caucasian players with the remainder of the players being made up of Hispanic, Native American or Alaskan, Hispanic or Latino and mixed race individuals.

When the American Football League was founded in 1959, the NFL was concerned that they would lose their best players to their new rival. After much back and forth, in 1966, the two leagues agreed to merge, putting many minds at rest.

Believe it or not, until the 90s, the halftime show would feature mostly big band style acts. In 1993, the legendary Michael Jackson changed all that with his show stopping performance which was viewed by 91 million people. Since then, the Superbowl Halftime show has become an event in itself, featuring extravagant costumes, even more extravagant sets and some of the world’s biggest recording artists. 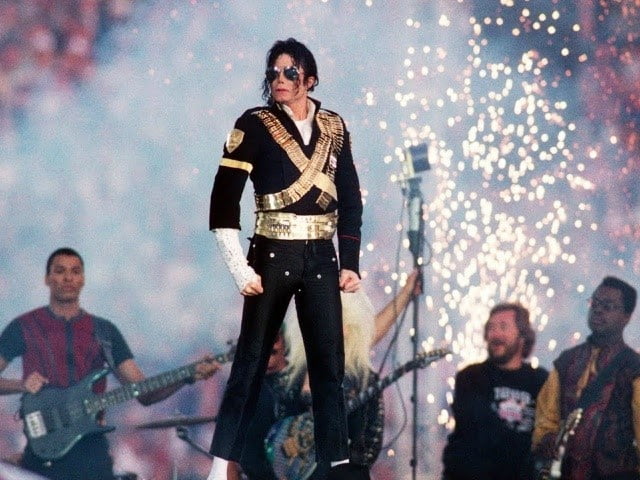 One would think all this change would be unsettling to NFL fans, but they’ve learned to evolve along with the league and the game and will stay true to the sport no matter what the future holds.