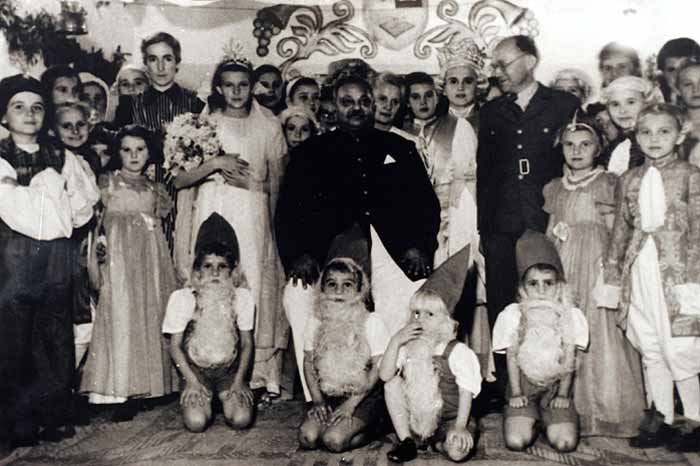 World War II is often referred to as the deadliest conflict in human history with over 85 million fatalities. During this time when the whole world was in a state of war and India was struggling for its own independence under the British rule, the Maharaja of Nawanagar came to the aide of almost 1000 Polish orphans and built them a home away from home in India.

India and Poland have always enjoyed a harmonious friendship marked by co-operation on the international front.

However, only a few are aware of how it started. It started with this heart-warming tale of how Jam Saheb Digvijaysinhi Ranjitsinhi Jadeja of Nawanagar accepted the poor orphaned Polish children and women, who managed to survive the atrocities of Nazi Germany and the Soviet Union, with open arms and offered them sanctuary when no one else in British India did.

And let me tell you, this is not just some part of history but the legacy of India known to accepting refugees and providing them a safe haven that they deserve.

It all started when the Germans and the Soviet Union invaded Poland in 1939, only days apart from each other, tearing the country into two parts. Millions of Poles lost their lives and thousands of children were orphaned. These children were then taken away by Stalin’s Red Army to work in Soviet-led labor camps in North-Eastern USSR and Siberia where these poor souls were ill-treated and left to die of hunger and cold.

When Germany attacked the Soviet Union in 1941, an amnesty was announced which finally allowed the orphaned kids to leave the labor camps.

Unfortunately, there was no way they could go home to war-torn Poland. Hence began a more strenuous journey towards the southern regions of Central Asia where they were hoping to find refuge.

Also Read: How The Kashmiris Are Dropping Guns And Using Art, Music, Poetry To Protest

But, this journey was not devoid of its own difficulties either. It was a test of human endurance in which many travelers lost their lives on the way owing to sheer cold, hunger and dehydration. The main checkpoints of this journey down south were – Ashkhabad in Turkmenistan, Mashhad, Isfahan and Tehran in Iran, Afghanistan and Karachi in Pakistan ending in India’s western coast.

India was the first country to accept these refugees thanks to the generous Maharaja of Nawanagar who, as a part of the Hindu Delegate to Great Britain’s War Cabinet, was well aware of the torturous conditions the children and women had endured and immediately stepped forward to give them asylum.

As per official memoirs, when the first batch of 500 extremely malnourished orphans reached Nawanagar they were personally received by the Maharaja who had famously said:

“You are no longer orphans. You are now Nawanagaris and I am Bapu, father of all Nawanagaris.”

The magnanimity of Jam Saheb Digvijaysinhi Jadeja doesn’t end here. He not only provided food to these hungry orphans keeping their tastes and preferences in mind, but he also built a more permanent shelter for them at Balachadi, 25 km from Jamnagar.

Like any father would, the Maharaja went on to provide clothes and medical care for the orphaned refugees and ensured the children received the proper education that they deserved and needed. History noted that nearly 20,000 Poles found refuge in India during World War II and lived here for a period ranging from a few months to six years.

In The Memory of The Good Maharaja

After the war ended, the Poles were asked to return to their homeland but even today there are many refugees who remember the fond memories they had spent with Jam Saheb which changed their lives forever and gave them another shot at living.

As a token of gratitude towards the kindness shown by the Maharaja, a school and a road in Warsaw, Poland have been named after him. Jam Saheb was also posthumously awarded the Commander’s Cross of the Order of Merit of the Republic of Poland in 2011. Today, when India is facing worldwide criticism for not accepting the Rohingya refugees who are seeking asylum from atrocities in their own homeland, it would be better for the country to remember this story of selfless service and take a few learnings from it.

Other Recommendations For Our Readers: