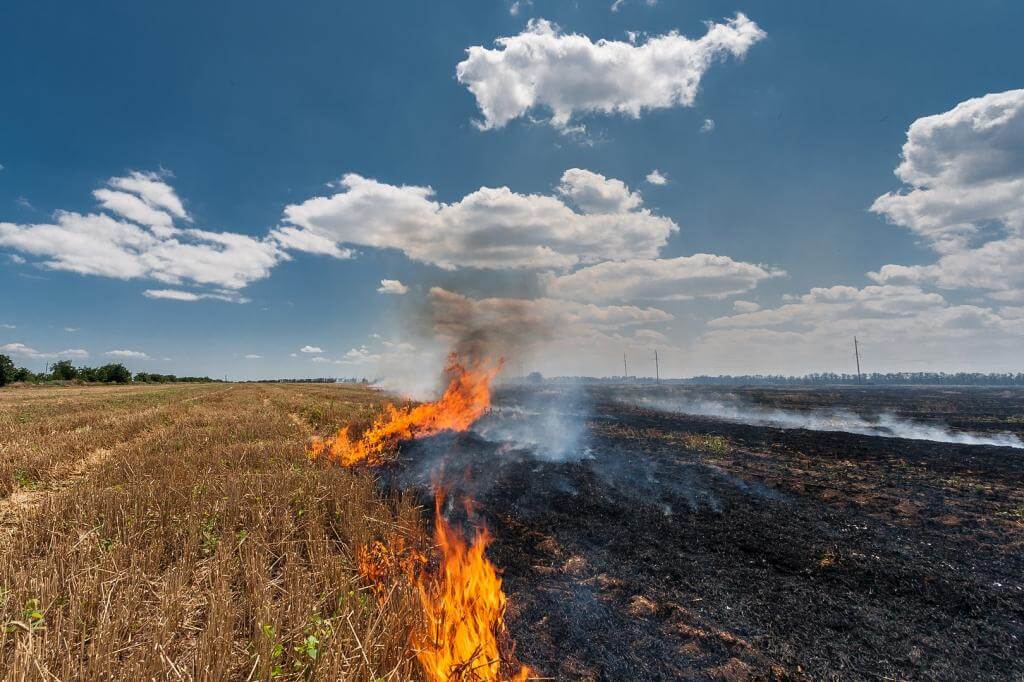 Imagine if you were forced to consume poison — poison that would, in the best of cases, reduce your life expectancy by 7 years — and told that you have to pay for it, how would you feel? Not good, presumably.

This may sound hypothetical, but it is one of the processes at play behind air pollution in Delhi and the Indo-Gangetic plains.

Every year, during the winter months, the already-unsafe levels of pollution in North India skyrocket as a consequence of stubble burning in Punjab and Haryana.

Its contribution to total pollution varies between 1 to 42 per cent, but generally, it’s a big portion of the poison. Despite incentives such as machinery subsidies and fines on stubble burning, reports show that farm fires have increased by five-fold in 2020.

Upon hearing this, it may be tempting to blame Delhi’s smog problem on the farmers’ non-compliance, but a closer inspection will reveal that it is really the system of subsidies that has allowed North India to become a poisonous gas chamber.

North India’s trouble with agricultural air pollution goes much deeper than stubble burning. A recent study from IIT-K has confirmed that the Indo-Gangetic Plain is one of the largest hotspots of atmospheric ammonia in the world.

Gaseous ammonia, which comes from fertilisers, animal wastes, and other agricultural activities, reacts with industrial emissions to form tiny particles that remain suspended in the air.

Of course, agriculture is not the only source of North India’s air pollution. Emissions from industries, fireworks, etc. all add to this problem. But there is something especially ironic about agriculture’s contribution that deserves to be called out.

It is that the existing regime of agricultural subsidies encourages the behaviours that cause these emissions. In effect, the taxpayer is made to pay to create the poison that s/he is then forced to breathe. Let us see how.

Loss of soil nitrogen through volatilisation means that farmers need to add more and more urea in order to keep up the yield, and here, the low cost of urea has encouraged its overutilisation rather than a shift to more environmentally-friendly fertilisers.

As a result, India has become the world’s second-largest urea user, and atmospheric ammonia has accordingly risen in the Indo-Gangetic Plains. 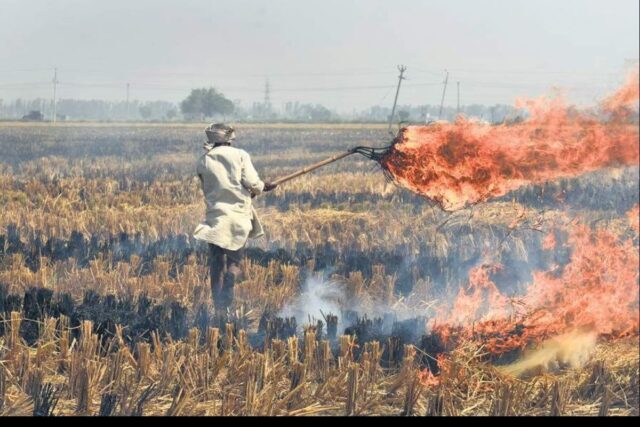 Read More: Report Estimates Economic Loss To Delhi Due To Pollution To Be At Rs. 2.71 Lakh Crores In 2019

With respect to stubble burning, policymaking has mostly focussed on improving paddy disposal, but the system of subsidies is a major reason why much of the stubble exists in the first place. Owing to the power subsidy bills, electricity—and consequently water—is free in farming.

Fertilisers are heavily subsidised, and the minimum support prices (MSP) for rice and wheat are considerably higher than international prices. Not only that, MSP procurement for food grains is stable and guaranteed.

This makes it much more attractive to farmers when compared to vegetables whose prices are constantly fluctuating.

All this has led to the farmers in Punjab and Haryana growing too much paddy and wheat, the crops that create stubble. As of July 2020, India’s stock of food grains was 82.1 million tonnes, exactly double its buffer requirement of 41.1 million tonnes.

We cannot easily export this surplus since their MSPs are higher than global prices. So, to compensate for this, the government provides export subsidies that further incentivise overproduction.

These subsidies act together with laws like the Punjab Preservation of Subsoil Water Act (2009) that compel farmers to burn the extra stubble. By forcefully delaying the Kharif harvest, the Act reduces the time that farmers have to prepare their fields in between crop seasons.

As a result, farmers are forced to burn the residual rice-draw since they cannot afford to spend time disposing of it safely.

The main idea here is that people respond to incentives. Many of us, including the union and Delhi governments, have repeatedly blamed the farmers for exacerbating air pollution in North India.

But the truth is, they are simply responding to a series of incentives laid down for them by the government itself.

This is why most policies aimed at controlling agricultural air pollution are failing. Stubble burning and smog are not causes per se, they are symptoms of a deeper disease of mistargeted subsidies. As long as the root cause remains unchanged, blaming farmers for non-compliance will take us nowhere. 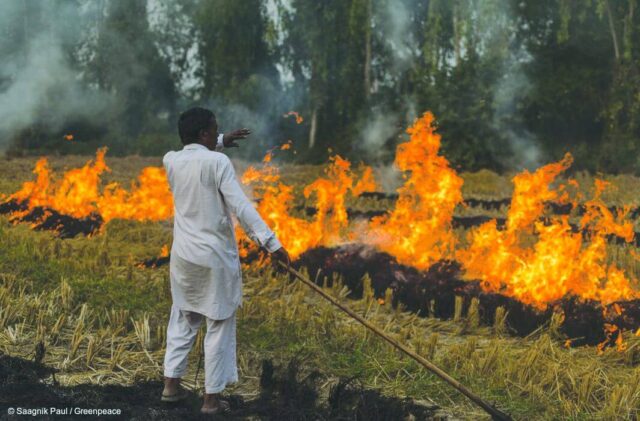 We have to stop paying for activities that poison the air we breathe. The main challenge here are the subsidies on power, water, fertilisers, and MSP procurement which lead to overproduction of rice and wheat.

Here, it might be wiser to shift the nature of subsidy from input to investment. More financial support can be given to convert paddy fields to areas that grow vegetables, pulses, corn, oilseeds, etc.

Vegetables and pulses have high demand both domestically and overseas (especially in the Middle-East), they consume much less electricity, water, fertilizers, and don’t create stubble.

Further, instead of limitlessly subsidising nitrogen-based fertilisers, farm subsidies can be doled out in cash on a per-hectare basis while freeing up fertiliser prices in a phased manner.

This would disincentivise the overuse of fertilisers that produce ammonia. Unconditional MSP procurement of rice and wheat could also be capped while increasing support to farmers who want to diversify their crops.

Importantly, many subsidies should be rethought with a sunset clause in mind so that in the long run, Indian farmers are encouraged to become competitive in the global markets without government support.

We can now begin to understand why farmers have been rallying against laws that criminalise stubble burning through fines, FIRs and cancellation of character certificates.

The government is punishing them for something that it is simultaneously encouraging them to do.

A well-planned reform in our system of subsidies would not only reduce air pollution but also increase farmer’s income, efficiency and global competitiveness in the years to come. It is time that we, as taxpayers, start asking for one.

Has Stubble Burning Actually Declined In Punjab As Per Claims?