So here we are, back with our 18th edition of Friendly Fridays, our little big attempt to create a talent map of the world. Today we have the uber cool 22 year old Saxophone player Abhay Sharma who besides being a kickass saxophonist is pursuing his Bachelors in English from Ramjas College, Delhi University! Abhay started playing professionally at an early age, that is 15 and kudos to him for never looking back!

For the feathers in his cap, he was a part of Shankar, Eshan and Loy’s U.S.A tour in 2013; he has also played with Shibani Kashyap and Adnam Sami among others. He will again be heading to USA in August with Shankar, Eshan and Loy. Chances are that his music has most probably soothed your restless heart at some point or the other! Wanna know about his rise to fame? He has been an active gigging musician in Delhi as part of bands like Soul’d Out, Think Floyd, The Revisit Project and Grey Area and also plays for commercial events in the country.  He has had a 3 year stint at the Imperial, Janpath, as the resident musician at 1911, the restaurant.

Apart from music, he has also been associated with cricket and has played for UDCA (under 15’s). He gets extra brownie points for being a Cricket fan! (Yayyy!) He watches inspirational movies to motivate himself (Pssst it’s a secret!)

Team ED: How and when did you start playing the saxophone out of all instruments?

Abhay Sharma: It was primarily my father’s wish that I be around music and eventually be a musician. He’d almost been training me and my sister right from our childhood days to keep listening to various composers, and accept different styles and genres of music. We would sit for hours listening to S.D. Burman, O.P. Nayyar and other wonderful composers and try to figure out how they arranged the song. Saxophone was a major part of their music and my father thought that it would be ideal for me. I was already singing by that time, thus, he saw that I was interested in the field of music and he got me a saxophone. I was 12, and since then it’s been my primary instrument.

Team ED: So who has been your inspiration to enter this field?

Abhay Sharma:  Everything that I experienced as a kid was inspiring for me. My childhood was different, as we would not discuss studies and school that often. My parents were interested in music, politics and sports (watching, not playing haha). So, my family and the kind of music I heard while I was growing up inspired me to take up music. It wasn’t just Indian melodies; there was a lot of Charlie Parker, Chick Corea, Dave Weckl, Paul Desmond, Floyd, Clapton, etc as we had access to worldspace (the radio station). We would only talk about music and just music. Team ED:  Your family support surely has helped you go a long way! Also you’ve performed with a number of superbly talented musicians, which gig or tour has been your personal favourite and why?

Abhay Sharma: My band Soul’d Out opened the Delhi Jazz fest in 2012. People were there just for the kind of music we play, so they heard us, which was wonderful. Also, the U.S tour was a wonderful experience as I got the chance to spend a month with Shankar, Ehsaan and Loy and be a part of their set up. It was a great opportunity.

Team ED: Overseas exposure can change everything! Tell us about your first international performance? What was the experience like?

Abhay Sharma: My first international performance was my individual gig in Singapore in 2011. I was playing at a high profile dinner, but most importantly I got the chance to travel with my dad, my mentor/manager back then. He had never been out of India, and the fact that he was travelling for my gig, made it even better for me. And fortunately it turned out to be a brilliant gig. Team ED: That sounds wonderful!  How important do you think it is for a musician to keep room for improvisation and critical self examination?

Abhay Sharma: It depends on how a musician wants to express himself, as improvisational music is different from writing songs in terms of their expression. There are so many different ways of going about in the field of music, as one can be a sessions musician, playing and recording for other composers, thus, requiring good improvisational skills, but there is hardly any scope for writing your own music as you are always playing another person’s music.

You can also write your music as a songwriter, or as part of a band. But, improvisational music has limited scope in the singer/songwriter space, unless you write blues/funk songs or music that has space, but you definitely get a lot of space for expressing yourself as a songwriter. So, we should only be critical about our approach towards music after we actually know what we want.

Team ED: That’s quite an awesome advice there! What according to you are the pros and cons of being in this profession?

Abhay Sharma: The fact that you can make music and be remembered for is good enough for me. Also, if you are professional about it, it pays you as much as you want and also allows you to do things your way. The only problem with our profession is that at times it’s not taken seriously, and some parents don’t support their kids enough. The focus lies on how much one will earn as a professional and hardly any focus on the kind of impact our work can have on the audience.

Team ED: Like we mentioned in your introduction that you especially like watching inspirational movies? In real life you must have gone through a lot as well, how would you put your own struggle into words?

Abhay Sharma: My family was caught in a debt situation when I was 15. So, I had to start working to do my bit and help my family. I even did free sessions at central park, Connaught Place for 2 years. During that time, I would just sit and play music to garner attention of passerby’s. Once I started playing and started getting decent money I never stopped and looked back after that. The financial compulsion forced me and my family to work hard and it eventually paid off as we cleared our debts. And now I am more than happy with what I earn through music. So, the problem actually shaped my career and it couldn’t have been any better for me. Team ED:  Wow, that’s very inspiring! So tell us about your upcoming project and what are your plans for the future?

Abhay Sharma: The Revisit Project and Soul’d Out, two of my bands, have been actively writing new material and releasing it on YouTube, and luckily enough people have loved our work. We’ve been working regularly for those videos. So, I want to keep making music with my bands and also work with as many artists from the music industry as I can. Music is my way of expressing my emotions and thus I would continue making music for my own personal growth.

Team ED: One piece of advice you would like to give to someone who wants to become a saxophonist just like you?

Abhay Sharma: Be patient! There is so much scope for a saxophonist in India, as it is a rare instrument and it can fit into all sorts of new sounds emerging from our music industry. Taking up the saxophone can be tough, but if you can manage the initial bit, there’s a lot of work for and demand for the instrument.

Team ED:  Those sure are words of wisdom!  What would be the best platform for a young saxophonist to start his career from? Where can he or she get the right boost from?

Abhay Sharma: Unfortunately, I believe there’s no real platform for an instrumentalist in India to have a good start. The only way forward is to find a good teacher and learn your basics well. Keep looking for gigs and play with better musicians.

Team ED:  The right guide can surely help you lead your way at the right path!  So what would your motto or your core belief in life be?

Abhay Sharma: I think there should never be a set pattern in life, as life is too unpredictable.  We should just know what we want and should have the courage to go out and work towards it. If we really want something with all our heart, we will work in every possible situation. Just go out and live your dreams, would be my motto.

Team ED: Lastly! What do you think about Friendly Fridays?

Abhay Sharma: It’s a great way of connecting budding artists to the right sort of people. Everyone has a story to tell and it’s a great initiative to make sure their stories are told well. It encourages young musicians to keep on doing the good work! 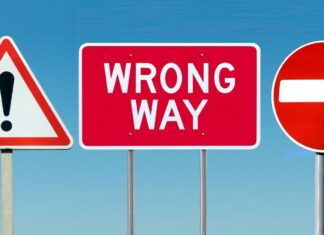 Akanksha Yadav - July 31, 2021
Red flags in a 'just official' relationship can be easy to ignore. However, they aren't a complete myth. Initially, your mind can push you...