HomeFinanceFrank Song on How to Bootstrap a Business to Millions
Finance

Frank Song on How to Bootstrap a Business to Millions 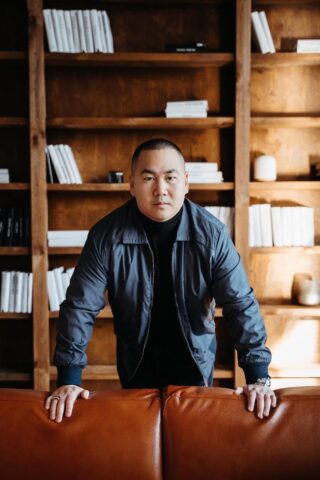 One of the first thoughts of most entrepreneurs getting started is how they will finance their business. Naturally, this leads many down the path of finding investors to finance their dreams into reality. It seems like every day on the news that fortunes are made, and billion-dollar companies are built from scratch — but all with investor backing, such as venture capital.

This trend of raising capital has been further popularized by the hit ABC television show, “Shark Tank,” which is now on its twelfth season, where entrepreneurs pitch their businesses while seeking an investment from some of the world’s top businessmen and women.

Against all these trends, Frank Song decided that the answer to wealth and success was to do the exact opposite of the norm and not use any investors to build his businesses. He instead chose a strategy called “bootstrapping,” where the business owner builds a company using their own money and resources from the ground up.

What is ironic about Song’s story is that before becoming an entrepreneur, he was the exact person he has been avoiding: a venture capitalist.

Frank Song used to work as a private equity investor at Accel-KKR, located in Menlo Park, California, where he spent his time orchestrating leverage buyouts and growth equity investments into primarily founder-owned technology companies. Before his career at Accel-KKR, he worked on Wall Street at a top 50 investment bank. There, he worked with executives to complete IPOs, mergers, and acquisitions.

Now, Song is part of a rare club of entrepreneurs who built a bootstrapped business worth over 8-figures, with operations spanning throughout the United States and Europe. While offering advice about bootstrapping a business to achieve millions of dollars, Song advises, “First, you need to understand what challenge and responsibility you’re agreeing to. Bootstrapping, especially starting with very little money as I had, is like playing a game in the hardest mode possible, and with one arm behind your back.”

Song continues, “There are two ways to build a business. First, you can use the money to buy solutions for what needs to be done, such as staff, managers, supervisors, and contractors. But unless you have a ‘rich uncle,’ then the money is probably tight, and therefore, this strategy is challenging to rely on fully.”

He goes on to say, “The second option is to invest your time, knowledge, effort, and talent. Said differently, ‘sweat equity.’ Remember, the same problems still exist that you need to solve in business, but the only difference is that you are choosing not to use money as the primary tool to solve the problems.”

Song then shares some direction, “In general, I would say to succeed at bootstrapping, you need to be extremely open to and good at multitasking and learning different topics at any moment. I would recommend against bootstrapping unless you constantly like to learn, read, and build new skills.”

Song also noted, “The problem is, even if you do hire contractors to help out, you still need to be good at hiring. One of the best ways to reduce the risk of wasting money hiring someone who can’t do a good job is learning enough about the topic to evaluate if the contractor is qualified to do the job successfully. It’s hard to hire someone good if you don’t know what ‘good’ is.”

As he continued, Song provided guidance, “Another essential skill that you need to have is the ability to be resourceful. If you’re not good at conservatively managing money and finances, and constantly calculating what the value and use of everything you buy are, then you won’t be successful at bootstrapping either.”

Song further states, “When you’re using your own money, or you don’t have a lot of money, you need to think about every single dollar and what return it gives you. If you don’t want to do this, then you’ll likely waste your money and end up with no savings and no company.”

He continues with, “You need to be extremely good at sales and marketing or building such an amazing product that it goes viral and spreads through word of mouth. The reason is that to fund and grow your company, you still need money, but the money you will use isn’t from investors; they’re from your customers. In other words, if you can’t get sales through the door, then you really won’t be able to pull off bootstrapping, let alone even if you had investors.”

Song is not entirely dismissive of the idea of investment or venture capital into his ventures, however. At one point, he stated, “Look, just like everything in life, everything has its distinct purpose, advantages, and disadvantages.”

He finishes with, “Venture capital, private equity, and investors serve a great purpose and can be incredibly valuable to certain entrepreneurs, particular situations, and to execute specific strategies. It’s wrong to make it a broad question of ‘are investors useful or not?’. The real question is, ‘are you and the investors a good match to achieve the same goal?'”.