HomeLifestyleThe Existentialist Feminist: Me or We?
LifestyleSocial Opinions

The Existentialist Feminist: Me or We?

But this time, it’s not communities we’re taking into account. Its individuals, specifically women. Because how else would a person judge the effectiveness of a reform if not by its implications over his, here, her life? And that’s where the Individualists come in.

Now, who is a feminist? And what exactly is Individualist Feminism? In legal terms, it talks about “eliminating class privileges and gender privileges and to ensure that individuals have equal rights, including an equal claim under the law to their own persons and property”. One central theme it also talks about is letting women themselves make decisions about their bodies, sexual preferences and such, with minimal government and communal intervention.

In the simplest of words, it’s a phenomenon that believes that women should have full control of their lives and should take full responsibility of whatever direction their life is taking. Why exactly do we, firstly as a society and then as individuals, need such a phenomenon in the first place?  Why do we need to be told that a person, whether a he or she, is no less than another, whatever may be the basis of judgement?

That is because we love standardization. We like to think of empowerment, happiness and most importantly, equality as something which will affect everyone’s life in the exact same manner.

All in all, feminists of this sect believe that freedom and diversity benefit women much more than standardization, irrespective of whether or not the choices these women make are politically or socially correct.

They believe that a woman is empowered when she feels closest to what she associates her future or present self with, and not when she performed her level-best at what society intended her to do. In their minds, there is no one-size-fits-all idea of empowerment or happiness. It’s all about freedom, choice and responsibility towards the self.

As it comes to being a feminist (all of us like to think we are one, though), we need to let people around us make choices that we won’t readily make for ourselves, and yes, letting them do their shizz peacefully.

On the contrary, one may like to believe that set norms and standards are not only required, but are essential for eliminating social inequality. In some ways, they actually are. They are a necessity when it comes to having a functional society with equal opportunities for everyone, whether a girl or a boy or a Trans.  Set standards are even more important when it comes to issues such as a stable economic distribution and the likes. What we’re opposing here is twisting these standards to making others believe in your ideas of happiness and equality, or anything for that matter. Individuals need to build upon themselves, on what they are, instead of any cooked-up idea of what their success should look like to the neighbors. Taking up another perspective, Individualist Feminism also tries to break up some of the stereotypes set against feminism, such as man-hating, anti-prostitution and pornography ideals and the likes. It has tried, and is still trying to establish a new feminist paradigm that lets women celebrate the diversity of their choices.

Above all, the two opposing traditions within feminism — individualism and socialism, however different they are in their approach, aim towards equality for women. Socialism advanced along the lines of ‘political is necessary’, while individualism emphasizes on ‘political is personal’.

Exactly what needs to be accepted is that the individual is as important as the society as a whole, and that empowerment in the actual sense can be achieved only when the two schools of thought work as compliments and not as substitutes. 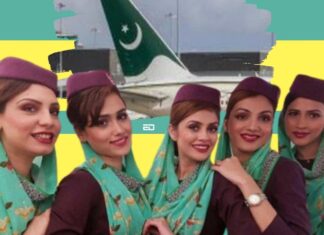