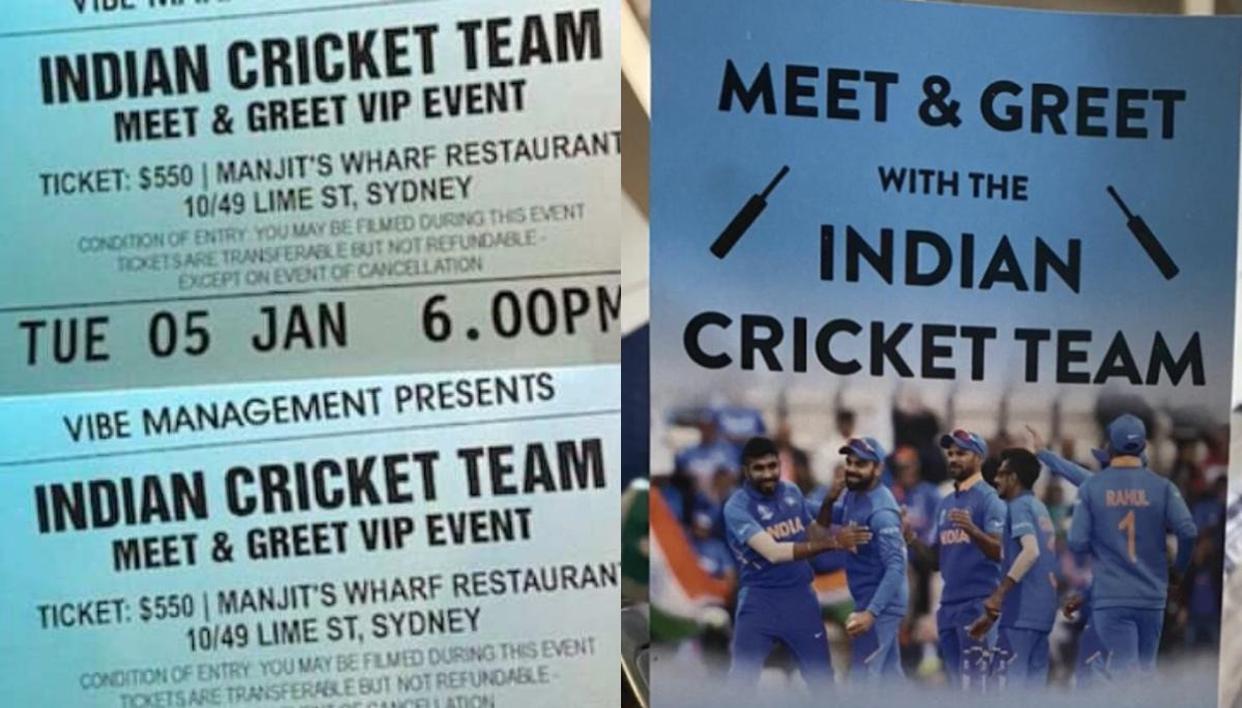 Indians are definitely super crazy about cricket. With the ongoing ODI between India and Australia, some scammers have taken undue advantage of people’s obsession with the game.

Fake flyers promoting a special “meet and greet” event with the Indian cricket team at the Manjits Wharf restaurant in Sydney were busted recently.

Nearly 200 frantic fans were left heartbroken when the restaurant very sadly informed them that no such event was taking place.

As per the report by The Indian Express, the fans bought the fake tickets for a whopping 550 Australian dollars, which is equivalent to Rs. 31,083, per head. The event promised “amazing food, beer, wine and soft drink, fantastic interviews and Q&A’s” with the Indian cricket team.

How Did This Scam Get Busted?

Deep Gujral, the General Manager of the famous Sydney based Indian restaurant, Manjits Wharf, claims that the organiser for the event did get in touch with the restaurant back in September.

Gujral said, “He got in touch with us quite a few months back, which is not unusual. Since ours is a Michelin starred and chef hatted restaurant, a table for two will take four weeks on the waitlist”.

But the promoter of the supposed event never paid the full deposit to the restaurant.

“The deposit for booking the entire restaurant is AUD 75,000, but he paid only a 1,000 upfront. When we approached him for the rest of the deposit we got no answer. So we knew his event wasn’t going to happen,” said Gujral.

The event was scheduled to take place on 5th January. Approximately 200 people who had brought these extremely expensive tickets were met with the local Sydney police, who broke the unfortunate news to the excited fans.

Manjits Wharf is often visited by the Indian cricket team whenever they are in Sydney. Due to strict COVID-19 restrictions, the restaurant has been delivering food to the cricketers’ hotel daily.

So when Gujral discovered that the Indian team won’t be coming on the set date, it was quite obvious that the event organiser was definitely operating a sham.

The fraud was immediately reported to the local police, including the Australian Competition and Consumer Commission’s ScamWatch service.

Fortunately as informed by Gujral, “The police luckily caught the guy and he’s in lockup. Now he’ll have to start paying back for everything he’s done.”

Really upset with the whole fraudulent event, Gujral expresses that “Naturally, nobody was happy. And we empathise and sympathise with them. Since it’s a premium restaurant, and as he claimed the Indian team was coming, he could justify the cost in the scam.”

“Basically, the intention was to sell as many tickets as possible and run away with the money. And since the restaurant was already booked out we couldn’t let the people hoping to meet the cricketers come in to dine.”

It’s really shocking to see how easy it is for frauds to take advantage of innocent fans who just want to meet their idols, thus playing with their emotions.

In Pics: Top 5 Youngsters Who Are Knocking On The Doors Of The Indian Cricket Team