Ladies and gentlemen, this week for (Fake) Friendly Fridays, we have *shehnai tunes*….

Mr. Rashid Khan! More popularly (in)famous as KRK (yes, there is actually no “K” in his real name. The “Kamaal” was obviously because, kya kamaal aadmi hai!)

KRK is a fancy, (un)popular star(e) of Bollywood. Extremely (over)active on Twitter and all the other social media networks, this man is the harbinger of all that is scandalous about this country. (In)Humans like Kamal R Khan are the ones (ir)responsible for enlightening India about a (c)heap load of important news. His (un)professional opinions and views about a lot of subjects- from movie reviews to social and political matters- are vast (read “waste”) and (other)wise; and followed by thousands of peep(er)s around the country.

We love KRK. Because…

KRK is so “sharp”, that just looking at him will make your eyes smart.

KRK is so “dedicated” that whatever (or whoever) anyone does, becomes his binness too.

What a man! Not to mention, he is inexplicably rich and chic(ken) too.

Unfortunately, because of (the lack of) many assets, much envy surrounds our (much)respected guest. He claims that he is constantly receiving criticism and hatred. Really?! HATRED? For this man?! NAWW!!  So to clear out some of the controversies, we had a tête–à–tête with KRK. It went (down the) well :P 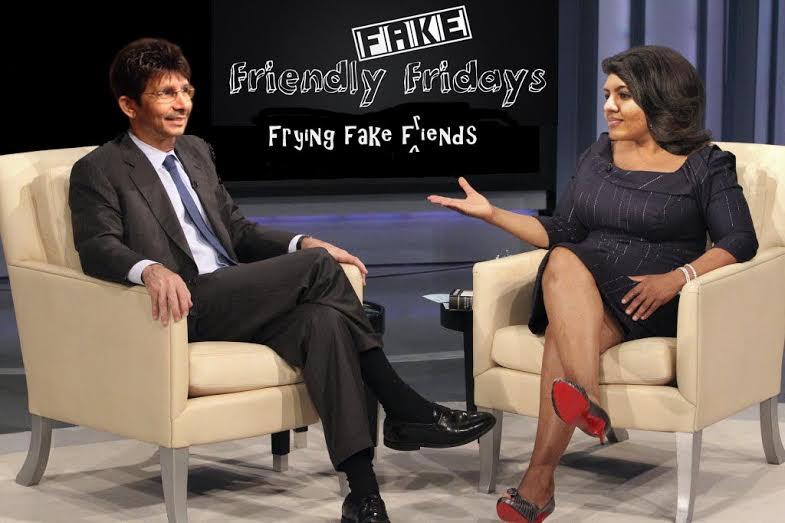 Q: Hello! Welcome to FAKE Friendly Fridays! Let’s start with some basics about you Mr. Khan, your special name, career, etcetera? We would love to know more about you, pray tell.

A: Yaar, why you want to know about me? I know, I know, I am a handsome launda. Anyways, giving myself the title of Kamaal was #MyChoice. As for my career, I am a film critic, actor and producer. My first film: Deshdrohi, was a big hit!

(Actually, the film was banned by Maharashtra govt. Watch his own review here)

As you would know, I am an important part of the film industry. I give honest reviews and opinions on people’s works. I also do binness in Gulf countries: Dubai n all.

Q: You have more than 1.3 lakh twitter followers. That is quite a fan following. But they call you the King of internet controversies. So we want to ask, why so judgemental ?

A: See, I only speak the truth. Smart people will love me, and 2 rupees people will not. So kiss to my lovers and kick to my haters. Peoples like Karan Johar and Kapil Sharma try to threaten me; they want to tell that I am bad guy. Kapil Sharma gave my supaari. He openly said he wanted to break my house and teeth. But I won’t become his victim. I showed to him who is boss; he realized his aukat and ran away like a chuhaa. Karan Johar sahab has offered 25 lakh to me to do 4 star review of his Bombay Velvet, because he has realized the importance of my reviews; but I won’t do such ghatiya things. I am honest man. I never lie.

So @anupamachopra said-I want to be a brand so I give 1* to #Gabbar But madam! there is only one brand in critics n that’s only Me Me Me KRK

Q: Mr. Khan… you are, in your own words, a rich, famous, handsome and sexy businessman and actor. Yet you are able to keep up so well, constantly active on social media. Please tell us how you do it ?

A: I don’t have time, very busy man. I have hired secretaries for all my offices, and they are the only ladies whose phone numbers I have in my phone! For every call, I pay them in lakhs. They handle my social accounts, and they have strict instructions to block people who give me gaalis. If staff members of @TwitterIndia r jealous of me then nothing going to change. I will remain KRK n they will remain working class #2RsPpl

Q: The entire country is very intrigued by your unique style and enigma. Your commendable eye-gear, your signature pose with the little gun, your standard poise and upkeep. Do you have a designer?

A: I am my own inspiration, madam! Kamaal R Khan does not need a designer. I go to Dubai for shopping, and pick all my clothes myself. In India, these worthless designers like Manish and Karan are running after my life to become my stylist. I told them, “NO!” And shytle is toh shtyle only! Sallu bhai has blue bangle. Bappi da has nakli gold chains. Just like that, KRK has gun. It is the identity of man.

Q: Any last words for our readers?

A: ED has finally found me, my luck to it, now it will become as big as me! You common people got to learn more about me. Say thanks to them. If you guys want to sign me for celeb sightings, contact me, but I accept only cash. Kiss and love to all hot fans, bye ! 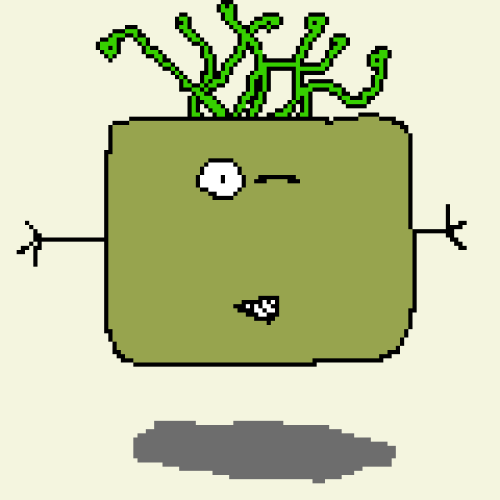