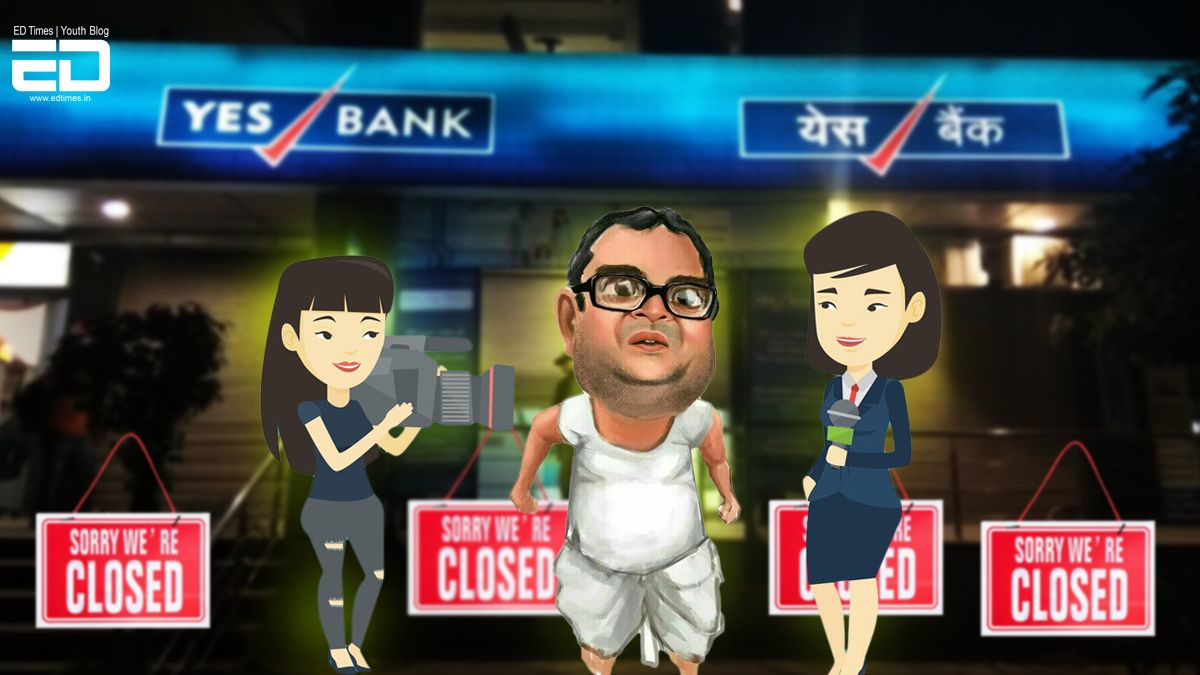 ED: Hello everyone and welcome back to yet another fun episode of Fake Friendly Fridays with ED Times. Today, we have with us a person known for his Hera Pheri and for providing a lot of content for many bored meme-makers. So, give a round of applause for the internet’s beloved Mr. Baburao Ganpatrao Apte or Babu Bhaiyya. 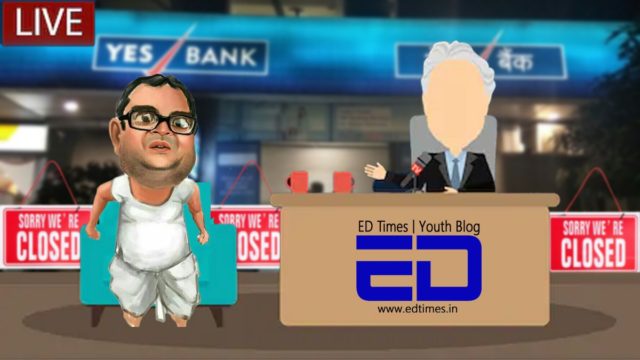 Babu Bhaiyya: Waise, why aren’t there more people in the audience? There are fewer people here than those present in Trump’s rally. I thought I was very famous. I can even speak in a different language, unlike POTUS.

ED: It’s due to the scare of Coronavirus, bhaiyya. People have been advised to avoid large crowds so a few people came to watch our show today.

So, let’s start by addressing the elephant in the room: the downfall of Yes Bank. Tell us, how has that affected you?

Babu Bhaiyya: Arre, don’t ask, this is all that halk*t Raju’s fault. [Raju who is sitting in the audience squirms in his seat].

We sold the guns and then because of the fear of demonetization we deposited the cash in Yes Bank.

Upar se that guru ghantal Shyam convinced us to buy shares of this bank. Now the share is at Rs. 29 and I can’t withdraw more than Rs. 50,000. Kya chuna lagaya humko! (What a fool they’ve made of us.)

ED: Babu Bhaiyya, are you talking about the antique guns that were stolen by the man who bought your house? You do know that this confession can incriminate you.

[Raju facepalming himself and signaling to Babu Bhaiyya to stop.]

We got rich again through a lottery ticket. I wanted new glasses with golden frames and the Rolex, but now I had to stand in a long queue to withdraw my money.

Aur toh aur, waha line mein ek harami mere par cheenk ke gaya. (To add to our distress, while standing in the queue, this worthless man sneezed on me.)

ED: Oh! Lottery ticket? Sure, sure, whatever you say, phir hera pheri! But, I do sympathize with you when it comes to people sneezing on your face. Nobody wants to catch the coronavirus.

Also Read: Why Did Yes Bank Fail And What’s Next For Other Private Banks?

ED: It is being reported that a lot of bad loan decisions were made because of his influence. It is an alarming situation, indeed. The country is already going through an economic crisis, and an onslaught of the virus, at this time, would only make the situation worse.

Babu Bhaiyya: Oh, you don’t worry about Coronavirus. According to this WhatsApp forward I received, all you need to do is drink cow urine daily. That and Pranayam will cure all forms of cold and cough.

Babu Bhaiyya: So what are you saying, will the internet lie to me? See this message (takes out his phone to show it to the interviewer). It is the official guidelines by NASA.

ED: Umm… NASA is not the body in charge when it comes to a virus outbreak. Anyway coming back to your current financial situation, how are you going to manage to get out of this crisis?

Babu Bhaiyya: Hera Pheri! And this time we are going international. Shyam got me a Netflix subscription and there I found out about the chemistry teacher who makes barf ke ole in his van. And then we are going to be like Pablo Picasso, burning money for warmth. I’m also planning to have a pond made out of whiskey and rum.

ED: Are you talking about Heisenberg from Breaking Bad who makes meth and the drug lord Pablo Escobar from Narcos?

Babu Bhaiyya: Yes, and I also feel inspired by those jalpare (mermen), the Ocean’s Eleven guys.

ED: Okay, so why so much delay in coming up with this new plan for your Hera Pheri?

(It’s because of this moron Raju. He became very patriotic, so he didn’t have enough time. Then, he became Suryavanshi and started blowing up cars with Singham and Simmba.)

[Just then Raju comes up on the stage and drags Babu Bhaiyya before he reveals any more secrets.]

ED: Well, he certainly has been a very entertaining guest. Hopefully, next time we’ll get a guest whose less eccentric. But we can’t make any promises.