HomeFinanceThis Is How Entrepreneurship In India Has Changed Over Time
Finance

This Is How Entrepreneurship In India Has Changed Over Time

Post-independence India witnessed revolutionary changes in the field of industries that had some future impact on entrepreneurship. With the first Industrial policy in 1948, the government of India started giving more importance to the private sector.

Entrepreneurship gained much more momentum after the 3rd 5-year plan. It was the time when small industries experienced growth and started emerging as big brands. Tata, Birla, Mafatlal, Dalmia and Kirloskar are few big names that emerged during this period.

Roles of private companies intensified and they emerged as the foundation of the economy at that time.

With privatization, liberalization, and globalization as the main components of New Economic Policy, people started looking as businesses and self-induced work to be more profitable. After the New Economic Policy of 1991, the average number of companies formed each year rose to

After the New Economic Policy of 1991, the average number of companies formed each year rose to 33,835 from 14,397 per year before 1991 (as per the reports from Ministry of Corporate Affairs).

That was the time when the seeds of entrepreneurship ripened in the minds of people. From then India has witnessed eminent personalities who emerged as great entrepreneurs over time.

Due to liberalization, the entry barriers for outside firms were restricted to some extent. This became a boon for Indian entrepreneurs as they had to face less competition and as a result, they flourished!

Also, availability of financial assistance from the government was an added benefit.

Start-ups and initiatives backed by strong will and determination made their way to global recognition and success.

A Decline in Self-Initiated Business?

The report suggests the decline in the trend of Entrepreneurship in youth. But the craze of entrepreneurship among Indian youth doesn’t seem to lag behind.

Afterall, it’s not about the trend that makes one do something, it’s about the zeal! Go ahead, entrepreneurs! India is at the rank of 111 in Ease of starting a business. With a rank of 134 is dealing with licenses and rank of 112 regarding registeration of property (as per world bank reports,2008), India is far behind many countries.

Major factors that prevent entrepreneurs in India to achieve success are finance, infrastructure, governance, and regulations. The problem of finance is the most sincere as a start-up finds it hard to pitch the banks.

Further, availability of skilled labour is another problem! In the global competitiveness index, India ranks 102nd in hiring practices and 85th in employing workers in the business (2008 report). From Dhirubhai Ambani, who was one of the first big names in the field to Sachin Bansal, Vijay Shekhar Sharma in the present, entrepreneurship in India has come a long way.

Myths About The Indian Startup Scenario: It Isn’t As Hunky Dory As It Looks

Facebook
Twitter
Pinterest
WhatsApp
Previous article
It Is Time We Think About Other Repercussions Of Wars And Conflicts
Next article
Who Is Responsible For The Dismal State Of NGOs In India? 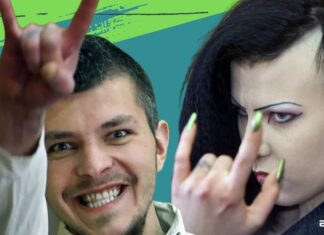