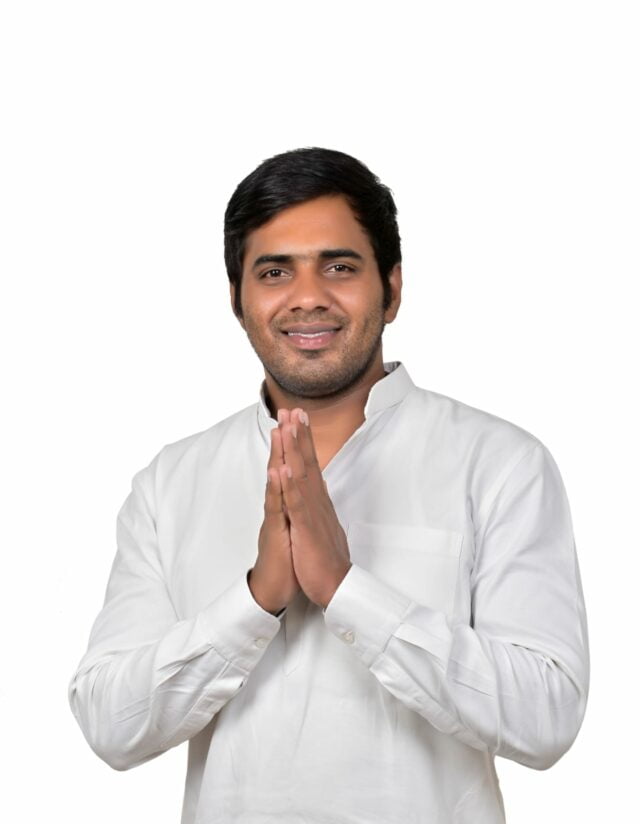 Inspiring the youth to empower themselves and work towards the development of the society, Kuldeep Gurjar says, “If you want to change the society, the change has to begin from you. It is important that before reforming the society, you improve your thoughts and deeds, only then there will be real development of the society.”
Senior Regional Leader and State Secretary of Congress Youth, Haryana, Kuldeep Gurjar has been actively participating in programs for the development of the society. He also encourages youth to be a responsible citizen and do their part for the development of the society. Talking about the importance of Indian culture and the growing influence of Westernisation, he says, “Avoid condemning others and reflect on your own faults. To protect the culture of India, we have to change ourselves.
The infatuation of western culture is showing more influence on the younger generation.” He further adds, “There is nothing wrong with staying in equanimity with other cultures, but while doing so, we should forget our roots. It is a basic human tendency to show ourselves superior to others, but while self-praising we start to condemn others. No one is harmed by condemnation. But the time of the one who is criticizing is definitely wasted.”
Kuldeep Gurjar also talks about the rising cases of molestation and eve teasing. He says, “It is not fair to just blame the dresses worn by the girls or the boys for the incidents of molestation. If the thinking is good, then the society will be good. And good thinking begins at home.” From a psychological point of view, patriarchal thinking arises from the family itself. When a child sees how much respect and love the women are getting in the family, then he grows up by learning all the same. This is where the malevolent thinking starts to arise in the children. This thinking takes a big form in the society, to eliminate which we have to change our family environment.
Further talking about the changes needed in the society, Kuldeep Gurjar says, “The change which is most needed in the society is to inculcate a sense of security in the minds of the people. Which starts at home. Why is it not that we let our little daughter stay alone in our homes? The reason is insecurity. The day we start doing this, it will be understood that change is coming in the society. So society can be changed only when our mindset changes.”
He also explains about the influence of economic and political changes on society. Kuldeep Gurjar says, “Rapid economic and political changes are taking place in India. When economic and political changes take place, it has a direct impact on the society and in such a situation the social structures break down. The breakdown of structures has a profound effect on the mentality of the people. It is certain that it affects people of all ages and all walks of life.” He also raises questions regarding the changes and requests the youth as well as others to start giving their part for the development of society.
Kuldeep Gurjar questions, “But is the social change that is happening right? Are we satisfied with the conditions in which we are living? Are all the things reaching every section of the society which they expect? It is important to deal with all these questions and think seriously.”
“Before changing the society it is necessary to change ourselves, before changing the world it is necessary to fix ourselves,” concludes Kuldeep Gurjar.