Home Social Opinions Elon Musk’s Comment On Pyramids Being Built By Aliens Gets Him... 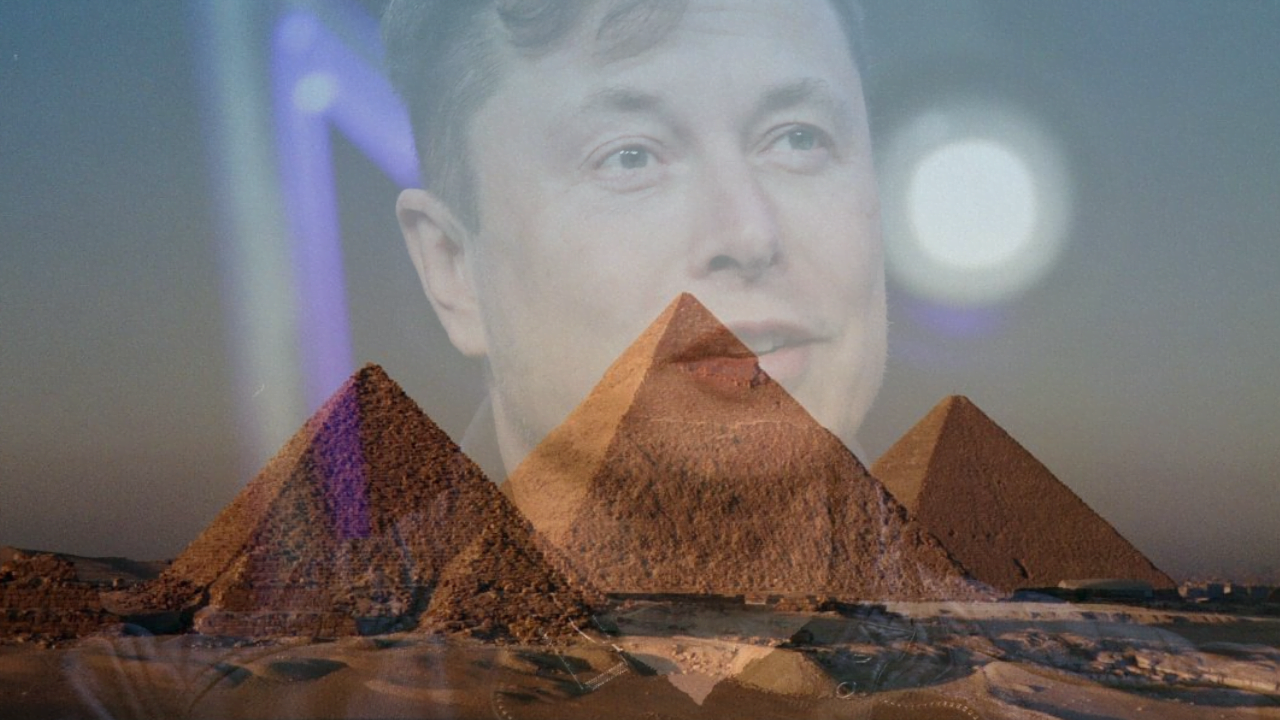 Elon Musk’s tweets on various global phenomena have often created quite a buzz among the masses due to their highly absurd and whimsical nature. The man just can’t seem to keep his hands off the keyboard.

His wacky tweets have quite a wide range too. Be it calling the coronavirus scare to be “dumb” or a sudden tweet regarding him giving up all his physical possessions.

His posts have often led him to be the center of some major controversies, but the man hardly seems to care about the same.

In one of his interviews with his biographer, Musk agreed to the fact that his tweets are dumb at times. But surely that isn’t reason enough to not put his opinions out there. After all, who knows what interesting course it might lead him to?

And the exact same thing happened when he recently tweeted that the Pyramids of Egypt is but a product of artistic brilliance of aliens. He even tried justifying the same through his subsequent tweets.

Although the consequences were quite hilarious at the beginning, they did turn out well for him finally!

Musk’s Opinions On The Pyramids

Shying away from expressing his opinions, no matter how outlandish it may be, isn’t a trait that the Tesla and SpaceX CEO can relate with. One of his recent tweets that caught people’s attention was where he commented about how obvious it was that the Egyptian Pyramids had been made by aliens.

Though the message was really short and crisp, it was enough for Twitter to go crazy about the same! He further tweeted justifying his previous comment as to how the pyramids are three thousand and eight hundred years old, emphasizing the number of years in particular. 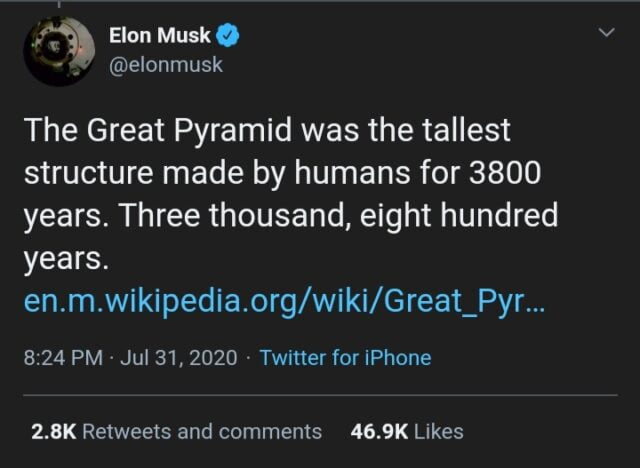 A few days later he finally put up an article from BBC, which explained how the pyramids were actually made. 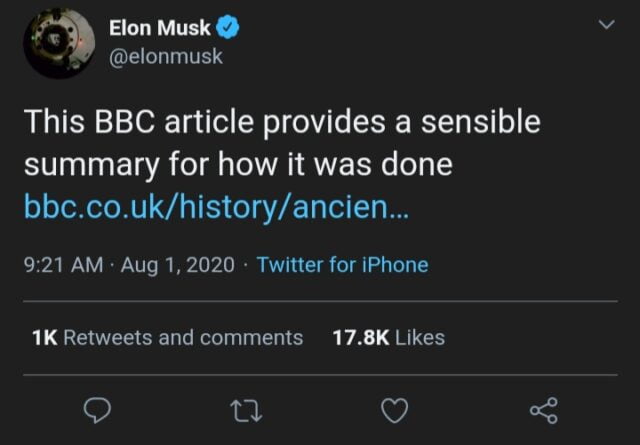 Egyptian Authorities And Their Opinions

While people went into a frenzy reacting to his back to back tweets, the Egyptian authorities responded to Musk’s preposterous claims in good humour.

So much so that Egypt’s Minister of International Co-operation, Rania Al-Mashat, invited the tech tycoon to Egypt to check out the pyramids for himself. The tombs in the pyramid are proof of the fact that these were made by none other than the ancient Egyptians. 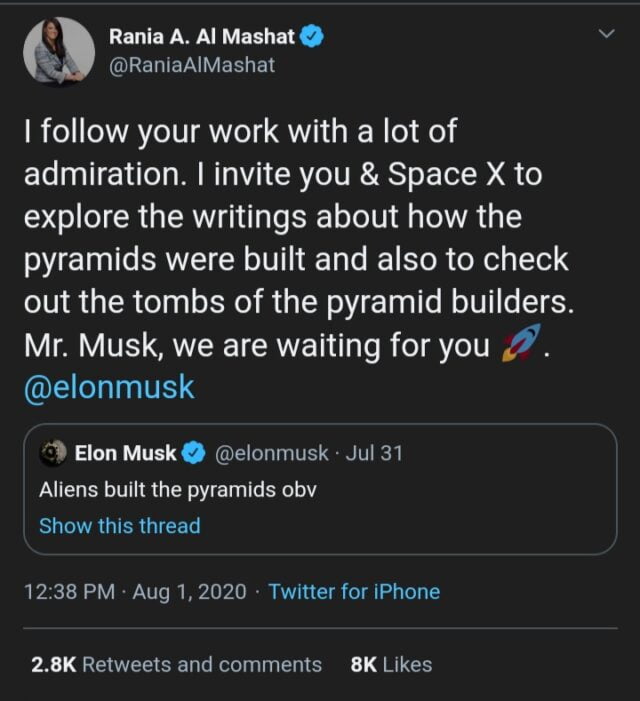 Another Conspiracy Theory Or Just A Sudden Whim?

Numerous conspiracy theories through the years have tried to reason out the involvement of aliens in the construction of these mammoth structures which is the only one standing among the Seven Wonders Of the Ancient World.

While some say that Musk might have tweeted in support of these theories, an article by BBC concerning the same quoted an Egyptian archaeologist Zahi Hawass, who posted a video on social media, calling this a “complete hallucination” on Musk’s part.

While the situation has mostly been discussed in the light of humour itself, one mustn’t forget that social media in today’s world has an extremely wide reach. For a personality like Elon Musk who has a certain social capital globally, there should be some sort of responsibility shown towards the content he posts on such platforms.

In Pics: Business Lessons That We Can Learn From Jews And Banias 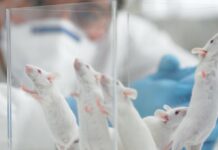 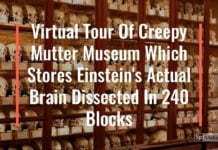