Dilli: down the lane through celluloid The year 2013 marks the centenary of the Indian film industry. Bollywood finds its base in Mumbai. The city is referred to as the city of dreams. Where your luck and hard work can make you leap into a puddle of fortune. However within past few years, Delhi especially its monumentalised ruins and it’s young cultural ethos have been the centre of attraction for most of the filmmakers. So, rolling the camera lets review this significant shift, especially in the last decade. The glances of the city are not new to the film makers. The old world charm of the monuments, the green spaces of Rajpath and naya-purana flavour of old Delhi are some of the favourite shots captured by the film makers.

Twelve years ago-Monsoon Wedding was shot by Mira Nair. And then on the trend began. The glances of the city as we have seen over years, is not new to film makers. Old Delhi is a pet location for shots. The sprawling spread of rooftops and minarets that is seen in purani dilli is a favourite capture with filmmakers. Aamir khan’s Fanna, The Abhay Deol-Soha Ali Khan’s” Ahista
Ahista”, Akshay Kumar starrer “Chandni Chowk To China” Vishwaroopam 2 and Saat Uchchakey capture the fineness of old Delhi.

“Delhi-6”- not only pictured the expanse of old Delhi but used the Delhi metro on a much wider canvas. Rich man’s posh south Delhi are shown in movies like “Love aaj kal” and “Aisha.” In the recent few years the filmmakers are panoramically capturing the capital with its NCR region. Movies like “Vicky donor” and Fukrey represent Delhi through other symbolic milieus.

India Gate, a major picturesque icon in the city, and definitely is a post card image for Delhi. Rakeysh Om Prakash Mehra’s Rang de Basanti and No one killed Jessica highlighted India gate as the symbol of struggle and inspiration for the people. These movies sensationalize the youth. How they in their age of frolic, take up the authority rod and fight against the evils that are curbing the society. The movies encounter the audience with the filth that is prevalent in Delhi-the beholder of nation’s governance office.

It is interesting to note that rather than our lives influencing the cinema here it is the cinema influencing our mundane realities and the mind set. People’s participation, in the previous few years, at the India gate to collaborate and voice their annoyance against the injustice and corruption prevalent in our governance system, is an example of it. India Gate became a platform for the candle light marches for demand of justice in Jessica Lal murder case-and transformed India gate to a site of protest. Also, the Anna Hazare movements and the protests in the Damini rape case, clearly show the impact of cinema on the minds of the people, where people from all strata came to the ground level to fight for their right.

One of the most interestingly cinematised aspect of Delhi’s life is the Youth. Therefore, Delhi University(DU) seems to have become a rage with Bollywood filmmakers. A few examples are: 2011-Rockstar was shot in DU campus, along with landscape of Connaught place and Pitampura. 2010’s hit Band Baaja Baraat was filmed at DU colleges— Hansraj and Ramjas. Dil,Dosti Etc was shot in the campus of the Hindu College in 2007. The campus of IP University was chosen as the location for the shoot of “No One Killed Jessica” in April 2010. Also many aspirants find career opportunities through the auditions held in the campus.

Amidst the varied flavours of the city is the raw nerve touching realities that are depicted in Subash Ghai’s “Black and White”- wherein the red fort and adjacent part of Jama Masjid and Chandani Chowk form the montage shots of the film. “Delhi-belly” is another manner to look at how the systems operate in the city. The visual run-through of the Ring road, the local bylanes and highways captures the essence of Delhi extremely well. ‘Khosla Ka Ghosla’ and ‘Oye Lucky Lucky Oye’ take this to another level by exposing the underhand dealings that take place in the city.

Delhi is a mix match of varied ambience. It lives the glitz and the glam, the controversies and the struggles, the youth and most of all it showcases a subtle picture of what the city was and what would it be in years to come. Be it old or new, Delhi has always been the heart of the people and has been unified through its cinema. In Marjorie Rosen’s words-”Does art reflect life? In movies, Yes. Because more than any other art form, films have been a mirror held up to society’s porous face. 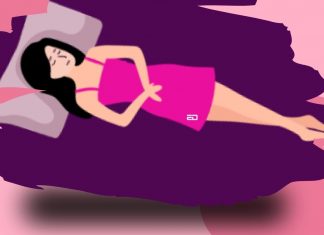 Sumedha Mukherjee - August 7, 2022
Breakfast Babble: ED’s own little space on the interwebs where we gather to discuss ideas and get pumped up for the day. We judge...

What Is The National Herald Case Due To Which ED Questioned...