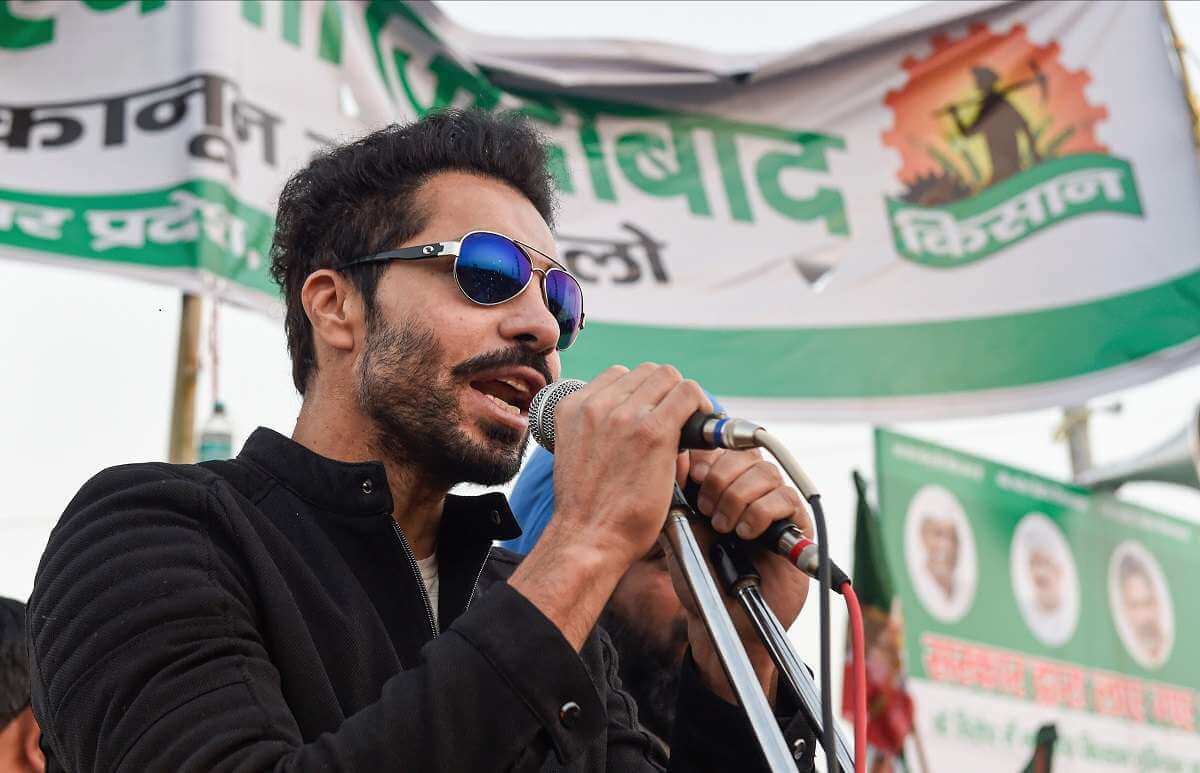 Once upon a time, Deep Sidhu just used to be an actor, but his recent involvement in the farmers’ protest has given him the tag of activist too.

However, things have escalated much more than expected especially after the Delhi Police got on his case after his videos talking to the protesters about hoisting the Nishan Sahib flag at the Red Fort went viral.

Not only is the police after him but they have even announced a Rs. 1 lakh cash reward for information on the whereabouts of Sidhu, Jugraj Singh, Gurjot Singh and Gurjant Singh who were all involved in the Red Fort incident.

While Sidhu is in hiding apparently, it has not stopped him from uploading videos on his social media making his case and trying to prove his innocence.

His videos allege that the farmers’ unions have framed him and other people and distanced themselves from him in these times.

Sidhu has not only stated that he has evidence against the farmers’ union leaders but also that union leaders were also making speeches instigating people at protest sites right before the tractor rally held on January 26th, 2021.

What Is Deep Sidhu Saying In His Videos?

From 26th January till date, Deep Sidhu has posted around 7 ten-minute+ long videos on his official Facebook page.

The one with the most views is this one with over 2 million views.

Read More: Greta Thunberg’s G-Doc Toolkit On How To Protest Gets Tweeted, Taken Down After It Backfires

His other video, called ‘Straight from my Soul’ is around 15 minutes long and Sidhu is seen giving an emotional statement in it and repeating how he didn’t do anything wrong.

As per reports, he uploaded another video on Wednesday morning, stating that the Nishan Sahib is a way of life and calling out farmer union leaders for separating themselves from the protest.

According to a report from The Indian Express, in a recent video, Deep Sidhu said that he is currently ‘within 10 km radius of protest site.’

The report also talked about how he claimed that he had evidence to expose the lies and that the people should focus on the protest, “I will prove everything. I have all the evidence to expose the lies. I will represent myself in court. I can come to morcha. But I don’t want any trouble between my supporters and others. Otherwise I am not 10 km away from morcha site. I can come there. But right now our focus should be on protest morcha. I will prove my innocence but first it is must that we win this fight. But I have regret for those people who couldn’t stand for Nishan Sahib hoisted on a vacant pole.”

He added to this that, “We can’t fight the battle bases on lies. Start acknowledging the truth. I just got to know they have arrested our youth, let’s get them out on priority, let’s stay united and fight this. Navreet from Uttar Pradesh is martyred. Farmer unions should had declared him martyr. All should stand with family.”

As per a The Wire report he also claimed in a recent video that he has some information on the leaders of the farmers’ union that he will apparently put out at the “right time”.

Sidhu certainly seems to be giving his all in trying to clear his name and shut down the frenzied search by the Delhi Police and these videos are a part of it.

Sources: The Wire, The Hindu, The Indian Express

What Is Charlie Hebdo, How Is Taapsee Pannu Involved And Why It’s Trending Today?