Home Politics Dalits Suffering In Punjab Due To Land 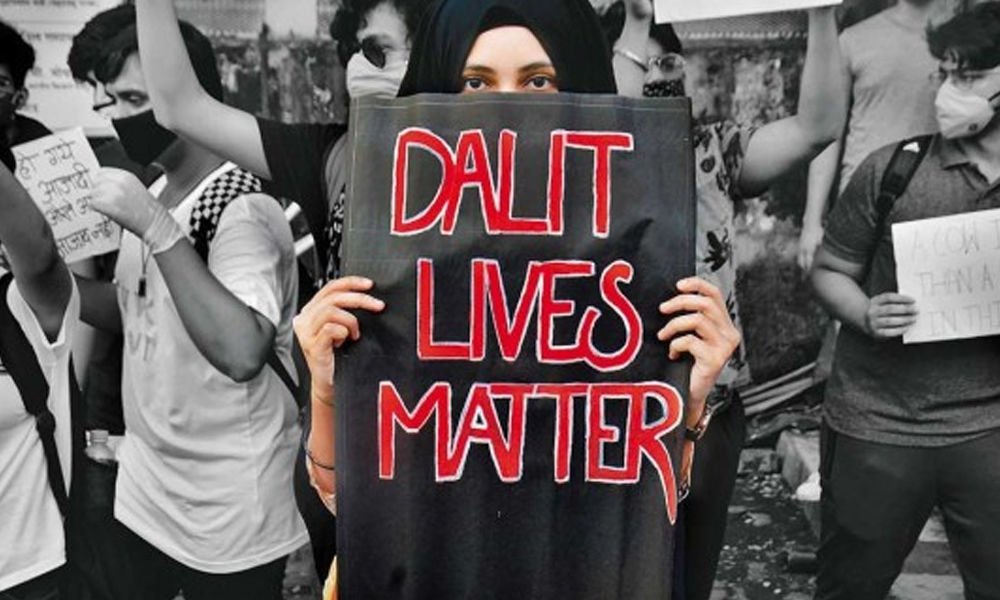 At the end of the day irrespective of our class, religion, gender and creed, we are all human beings and expect to be treated the same. However, marginalized classes, especially Dalits, have been subjected to subordination, oppression and chaos since centuries. They’ve been treated as the pestilence of a society, the outcasts and been made to do menial work even at the cost of their self respect and being.

In fact, the very term “Dalit” means divided, broken, scattered and split. They’ve been subjected to untouchability and other forms of discrimination taking away their identity of being a human being.

They were deprived of social-economic and political status, education and even the basic necessities to lead a normal life. The division of labour led to their inequality and exploitation. The class structure  degenerated Dalit life into pathogenic condition where occupations became castes.

What is sad is that these atrocities have been termed unlawful and yet are practiced in India even today. Such is the case with Dalits suffering in Punjab due to land.

The Hypocrisy That Is The Land Of Punjab

The population of the Dalit community in Punjab is around 31.9% of the total population which is almost one-third of the entire population. It is widely known that apparently the reason behind the Dalits settling in Punjab is Sikh tolerance which is why the environment is more philanthropic and gracious.

Such a statement is a mockery of the lives led by the Dalits in Punjab. To this date, Dalits have a separate Gurudwara of their own and the discrimination is rooted so deep that they’re not allowed to worship any other Sikh Guru but only Guru Ravidas who was a 15th-century crusader against untouchability and belonged to the community as well.

The sufferings don’t just end there. These Dalits have to fight for the rights to their land almost every other year.

Punjab’s farming landscape is dominated mostly by the upper caste, that is, the Jat Sikhs. Only 3.5% of the private farmland belongs to Dalits with the national average being 8.6% of farmland for 16.6% Dalits.

No other class has suffered as much due to land or the lack of it as the Dalits. It has made Dalits cry, it has led to them being burnt alive, it has ruined their homes, it has forced them to flee, and it has made their women suffer indescribable indignities.

In September 1954, Dr. B.R Ambedkar in a hearing in the court while speaking on the report of the National Commission for Scheduled Castes and Scheduled Tribes for the year 1953, he claimed that the government should make a law putting a ceiling on the land a person can own and then allow the excess land to the Dalits. If the government cannot do that, then it should provide money to the Dalits to buy land.

Ambedkar believed that there was a huge hole in the very concept of peasant proprietorship. He opposed the Amendment Bill to allow the transfer of Ryotwari land.

According to him, the country would be wrecked if ownership of land was allowed to expand without any restrictions. The government paid no heed to his opposition as a result of which big landlords emerged leaving the Dalits and other marginalized classes to hang high and dry.

The Failure Of The Dalit Emancipation

The year 2019 saw the emancipation of the Dalits. Since 2013 almost 60% of Dalits did not own any farmland and the rest of them were laborers on farms owned by others.

With a number as high as 92,000 the Dalits revolted back spreading across 13 states against the wilful occupying of government land in Maharashtra which had spread to Punjab, Kerala, and Tamil Nadu.

Indian states have the right to pass land legislation. Thereby, after 1947, they introduced laws that aimed at breaking down large landholdings of zamindars and distributing the excess land to the landless, including Dalits. However, the implementation of these laws was curbed because no government wanted to aggravate important and dominant landowners.

Hence, now known as “scheduled caste” the Dalits have all the menial jobs of the world, that is, cleaning toilets, farm labor, cleaning animal carcasses, and every other inhuman job.

Sufferance Of Dalits Due To Land

More often than not, it is due to Jat Sikhs laying illegal claims to lands which by government laws are supposed to be leased to Dalits. The moment the Dalits try arguing, the Jat Sikhs retaliate with atrocious attacks all in the name of sacrilege.

You might wonder what sacrilege is. Sacrilege is the demeaning or violation of what is considered holy or sacred. For example, on October 15 Lakhbir Singh who was a 35-year-old Dalit laborer was found hanging with 37 slashes on his body, his ankle and knee broken and his left hand chopped off.

What was the reason behind such a heinous murder? Apparently, he was accused of committing sacrilege on a Sikh holy book. He was simply accused and nothing had been proven yet.

Initially, there was the fear of facing mass privatization owing to the third Farm Law, which proposed to do away with price caps on essential commodities which had left them with no other option but to fight back.

Even though such threats have been lifted now, is it really safe to say that all the threats have come to an end? Will there ever be a day that Dalits can breathe freely and be treated as an equal without being discriminated against? Most important of all, will the killings ever stop?