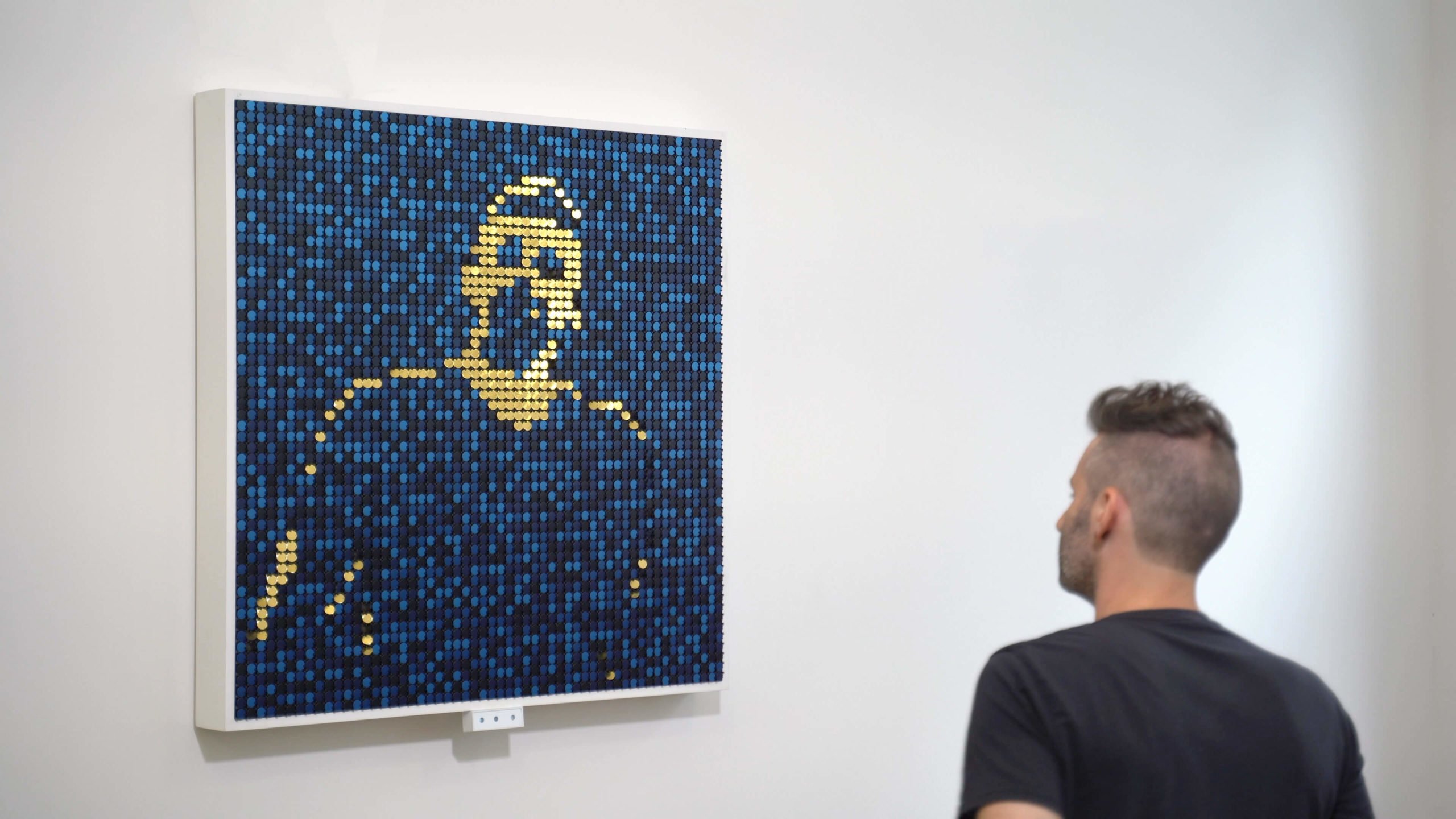 Art has always been a strong medium to give out a message whether it be about the unstable nature of humans, societal problems, or nature’s degradation.

In the past the latter had mostly been represented with sad imagery of cracked earth, mother nature crying, or basically visually presenting how sad nature was on seeing the environment at risk.

However, a recent installation at the famous auction house Christie’s in New York has taken it all to the next level, by showing us real time climate change.

The art is a huge leap as it perfectly shows the exact type of climate change that can be occurring in a particular place using science and technology. 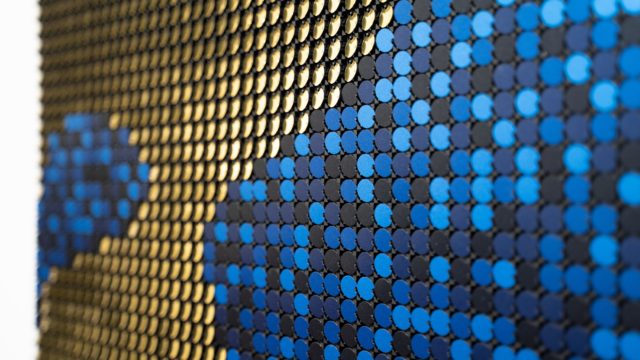 What Is This Art Piece?

The art piece was created by an art studio in New York called ‘BREAKFAST’ as part of their new ‘climate change series’.

As per their site this series wants to take a look at climate change while also including the audience and connecting them with places that are currently being impacted deeply by climate change.

It wants to create a connection between the artwork and the spectator and make them feel as if they too are a part of it all.

This kinetic artwork called ‘Svalbard Ice’ is a way to connect people to the real problem that the Arctic is facing currently. Using flip discs of two colours, blue and gold the artwork is a direct look at the degrading condition of the Arctic.

The gold discs stand for the heat or global warming while the blue symbolise the ice and with a web connection bringing in real-time data, these discs keep on changing and showing the current climate measurement.

As more and more gold discs overtake the blue it shows how the sea ice starts to deteriorate.

In fact the artwork also includes the viewer into itself, as according to the website “When one steps up to a piece, the climate measurement impacts your image, representing that you are a part of this story.”

It pulls the viewer in and makes them more than just a bystander who is not going to get affected by these changes.

This artwork has been directed by Andrew Zolty and Mattias Gunneras with Zolty explaining the reason behind such a topic as, “We feel compelled to address issues that are urgent and important to the continued survival of our species, at least in some of our works.” 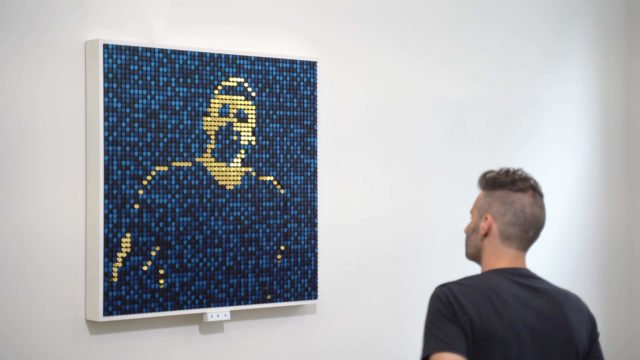 The creators also touched on how this piece was sustainable without requiring any major maintenance.

They stated that, “On a conservationist level, we are committed to showing the world that complex, high-tech artwork can be built-to-last, without creating excess waste or need for constant upkeep. Our pieces require zero to little maintenance and should last for several decades without the need to replace basic components. We have a track record to back it up.”

The discs in all the pieces move on their own with the real time data streaming through a web connection.

Zolty further commented that these pieces “are meant in part to create playful but meaningful opportunities for viewers to step back and consider the relationship between their physical and digital selves — between their kinetic realities and data streams. These are balances that have undergone a shift so massive in such a short time that it’s not easy to even fully comprehend — let alone describe accurately.”

Zolty also stated how using forward-looking technology these art pieces are presenting a very important question to us about the future of our species. He said that, “it asks each of us to consider what will happen as we find ourselves underwater in an increasingly atomized society, and what to do when, despite an exponentially-growing abundance of knowledge, we still fall victim to our own dubious abilities to avoid catastrophe—especially when each of us is acting alone.”

I specifically feel that providing live oceanic data to a viewer directly while also combining in their silhouette is a good way to make a person feel more responsible about climate change.

Often times we neglect talks about environment and climate since we cannot actually see how it is deteriorating. It is thus easy to push it to the back of the head and not really take active steps to prevent further damage.

However, if a person can not only see how the climate is changing but also become a part of it, that could lead to them feeling as if they too have a duty to take preventative steps and work towards bettering the environment.