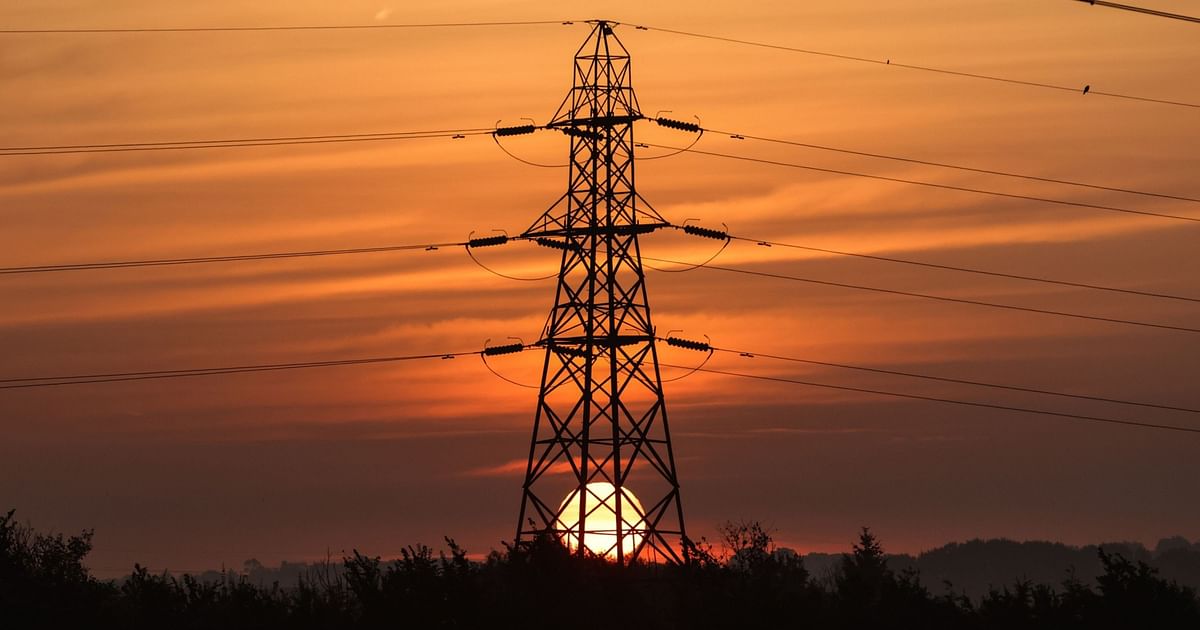 China is hit by a major energy crisis and blackouts have started where people live. This leads to social instability, economic slowdown, and supply chain disruptions.

In some provinces, traffic lights are turned off causing chaos in the streets, in others civilians are encouraged to use natural light to meet emission and energy intensity targets.

Nations around the world are committed to reducing carbon emissions. China has committed to becoming carbon neutral by 2060. It expects its CO2 emissions to peak before 2030.

To cut its emissions, China must cut down on its carbon consumption, cut its use of other dirty fossil fuels, and use cleaner energy like natural gas and renewables. The country is also taking tough measures to reduce pollution in Beijing ahead of the 2022 Winter Olympics in February 2022, demonstrating its commitment to decarbonization.

The targets set by China have intensified the current energy crisis in the country, where two-thirds of electricity is generated from burning coal.

Countries across the continent are reducing their dependence on coal as a source of energy and are using more environmentally friendly sources such as wind turbines and solar panels. Natural gas as a clean fossil fuel acts as a bridge in this transition.

Also Read: ResearchED: China’s Lehman Moment And Will It Lead The World Into Recession?

The impact on people’s homes shows how quickly the electricity crisis is escalating, as China tends to first urge large industrial customers to cut back when supplies are tight.

Economists at Nomura Holdings Ltd. and China International Capital Corp. have revised down their economic growth projections due to power shortages and factory outages are cause for concern that another wrench will be thrown at the factories of global supply chains.

China’s electricity crisis is likely to cause the country to import more coal from a wider range of producers, putting it in competition with European and Indian buyers who also consume more of the dirtiest fossil fuel.

More than two-thirds of China’s electricity comes from coal-fired power plants, and although more than 90% of the fuel it consumes is produced locally, it is difficult to increase local production in the short term. Looking abroad is the easiest option, but that was made a bit more difficult by Beijing’s decision to ban imports from Australia, the world’s second-largest exporter, late last year.

“Given the coal shortage in the country, we can expect China to ramp up its buying activity and most of it is likely to come from Southeast Asian markets due to proximity,” said Abhinav Gupta, a dry cargo research analyst at Braemar ACM Shipbroking. “Most of these coal producers are at peak capacity, which may tighten the coal market and push up prices.”

Beijing, of course, could decide to relax the ban on importing Australian coal, although that may not be politically acceptable. BIs Leung does not believe this is likely, although Ralph Leszczynski, head of research at ship brokerage Banchero Costa & Co., believes it is possible.

“Soon the Chinese government might be forced into easing the ban on Australian coal, as that would allow more coal to be imported and ease some pressure on domestic coal prices,” he said. – Bloomberg

Fuel Prices to Hike Even More

The sharp rise in coal prices around the globe has been a boon for domestic suppliers like Coal India. As supply shortages in major foreign markets increased and prices skyrocketed, demand for domestically sourced coal increased. Coal India and other producers increased production, but supply is still quite tight.

More than 70% of India’s electricity is generated by burning coal, while natural gas only accounts for about 5%. Rising natural gas prices only had a limited impact on electricity generation costs in India.

India suffered a horror in August when the stock of coal with power plants reached critically low levels as demand increased by about 11%. The situation was resolved by diverting coal from non-energy uses.

The power demand is set to climb higher next month when more restrictions are eased, including those on cinema halls and multiplexes. While efforts are on to provide an uninterrupted supply of coal to power plants, non-power users are likely to suffer.

Electricity needs will increase next month as additional restrictions, including those on movie theaters and multiplexes, are relaxed. While efforts to keep coal supplies to power plants running, non-electricity consumers are likely to suffer. 4,444 Indian households were hit the hardest by the rise in the price of petroleum products, as consumption of cooking gas, gasoline and diesel increased. Global demand for petroleum products increased by around 11% in August.

Fuel price increases are not limited to a single country or continent in a globalized world. The increase in the price of fuel affects all nations and all consumers. Indian consumers are already paying more for cooking gas, which is delivered through pipes and cylinders. Gasoline, diesel and compressed natural gas pump prices have also risen.

During the winter months, fuel supply is likely to remain tight when demand for electricity increases in Europe and North Asian countries. Competition among nations for available supplies and tactics to divert ships carrying liquefied natural gas and coal from their predetermined destinations has also driven up prices.

European states suspect Russia of manipulating natural gas prices by curbing supplies entering the continent through pipelines. Russia is a major producer of natural gas and a major supplier to Europe

How Bad is The Situation?

Higher fuel prices are only part of the problem. Temporary factory closures in China will delay the repair of global value chains that collapsed last year when countries locked their economies in the face of a growing pandemic. These downtimes will lead to further disruptions in the supply of parts to manufacturers of various products around the world.

Temporary stoppages also mean missing product delivery times before Christmas sales in November and January in many parts of the world. When power rationing was ordered, factories in China struggled to meet domestic and international demand for clothing, cell phones and other devices.

Apple is one of the manufacturers affected by power outages. Higher fuel prices and shortages will add to inflationary pressures in the world economy and affect the recovery of demand in lower-income economies.

Over time, the world will have to stop using carbon-based fuels and start using renewable energy sources. However, the key phrase is “over time”. As recent market movements show, there is no responsible way to turn off gas without an affordable alternative.

One reason supplies are tight is that environmental activism has impeded investments in gas production that are currently needed to keep the wheels of industry rolling.

In a few weeks, the world’s heads of state and government will gather in Scotland for the 26th United Nations Climate Change Conference. Yes, this is the 26th time they have met, and as that number suggests, it is difficult to reach a consensus.

Since the first conference in 1995, most nations have committed to curbing emissions through two landmark treaties, the 1997 Kyoto Protocol and the 2015 Paris Accord, noted a report published by the BBC.

Slow progress is being made, which is better than no progress at all, and far better than a radical agenda that consists of constantly parking our cars and staying in the cold while the economy collapses.

More importantly, companies around the world are being pressured by investors to curb the environmental impact of their businesses. The flow of money to businesses that are going greener provides a powerful incentive for conservation and supports new technologies that could be innovative.

Right now, the best way to reduce carbon emissions is to use less energy, which we can all do, and discourage the demand for dirty material. Demand for coal is already under pressure. Natural gas, your day is coming.