Yesterday, CBSE (Central Board of Secondary Education) conducted the English exam for class 10th students across the country. The exam left students in a state of sheer confusion and many others in rage. The exam was said to be challenging, tricky, and tough. The paper was also apparently laden with errors.

As per the analysis done by Madhu Malik, Principal, Modern DPS, Faridabad, the reading comprehension passage was tricky. Question 13 and 14 were incomplete. In the grammar section, the question on conditionals was out of the syllabus. There were punctuation errors as well.

There are problems with the official answer key as well. However, the matter that has outraged people the most is the inclusion of a regressive passage.

One of the unseen passages was based on how and why teenagers live in a world of their own, undisciplined, without parental authority. The passage blames the rise of feminism for the same. “Married women now retained their identity..and pursued separate careers, and most men…readily dropping their role of an infallible tyrant in the home.”

“What people were slow to observe was that the emancipation of the wife destroyed the parent’s authority over the children.”

“It was only by accepting her husband’s sway that she could gain obedience from the young.”

“In bringing the man down from his pedestal… the mother deprived herself of the means of discipline.”

Misogyny at its best, right? Got a problem? It’s okay. Blame it on feminism!

There was also a line that “Children and servants were in this way taught to know their place.” This feeds the idea that servants are somehow less worthy of basic human respect and that their place is beneath their employers. According to this line, children should also be under their parents’ thumbs, because this is where “their place” is.

Read More: 12th CBSE Students Use Memes To Show Their Emotions After Results Today Had Practically Everyone Scoring Over 90%

There were two questions on the bible reference in the passage with one of the questions asking “why the bible was unsuitable for the young”. This didn’t go well with people who raised questions on why a particular religion’s holy book was being targeted.

Twitteratis were not pleased with the exam setters for including this passage. At a time when gender sensitization is of utmost importance, exposure to such regressive views affects the children’s minds negatively. 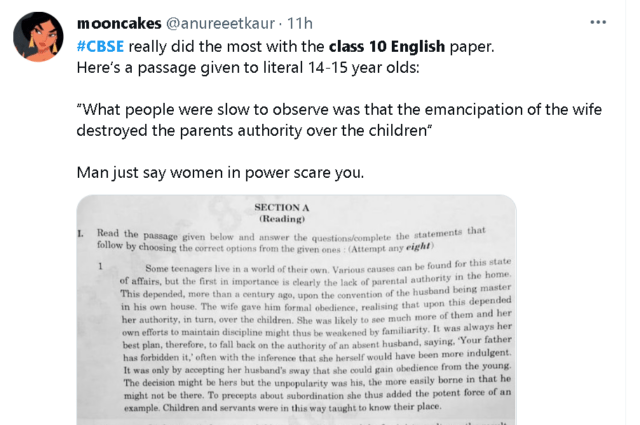 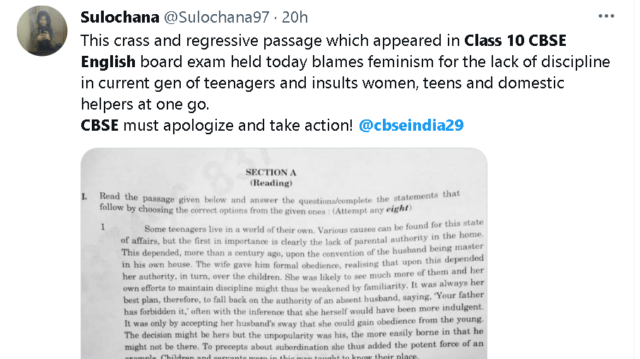 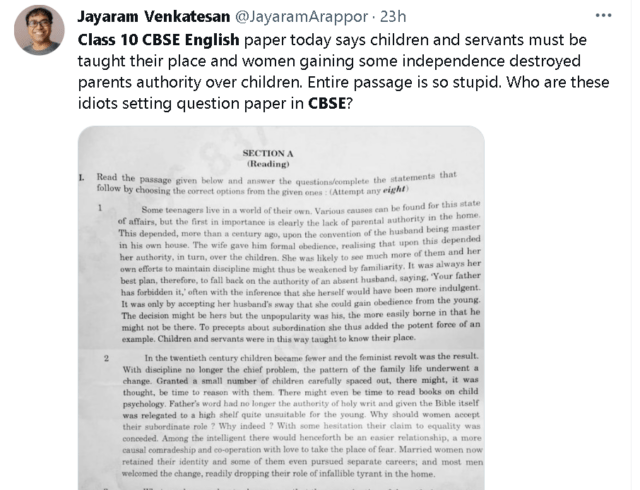 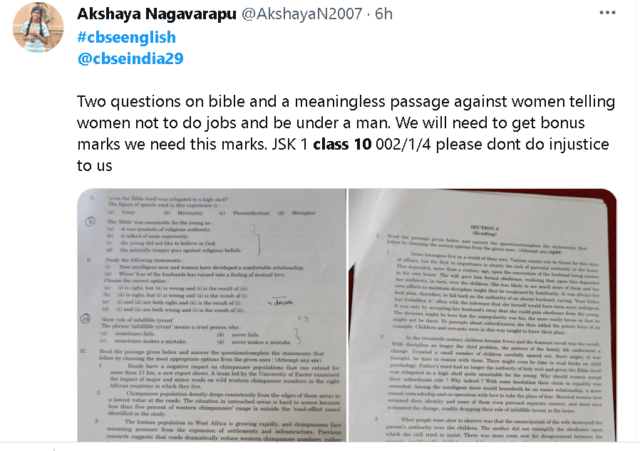 One of the questions asked who could the writer possibly be. Out of 4 options to this question, the first one said “seems to be a male chauvinist pig/an arrogant person“.

This language is undoubtedly inappropriate for students. What’s worse is that the correct answer to this was “takes a light-hearted approach to life”. 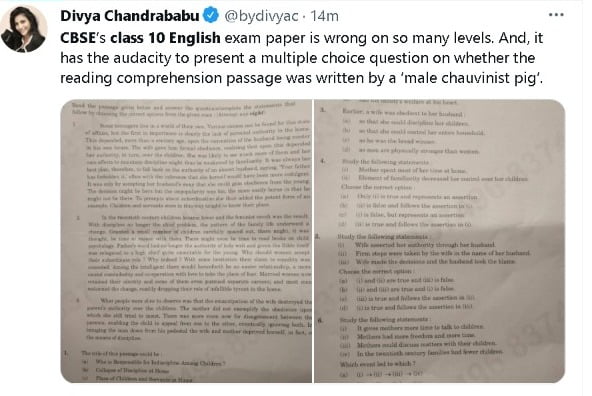 CBSE needs to take responsibility for such a grave error.

CBSE Doesn’t Want Students To Learn About Secularism And Citizenship During The COVID Year: But Why?