Home Politics Can A Mamata Banerjee Biopic Help Us See Her Perspective Of Things... 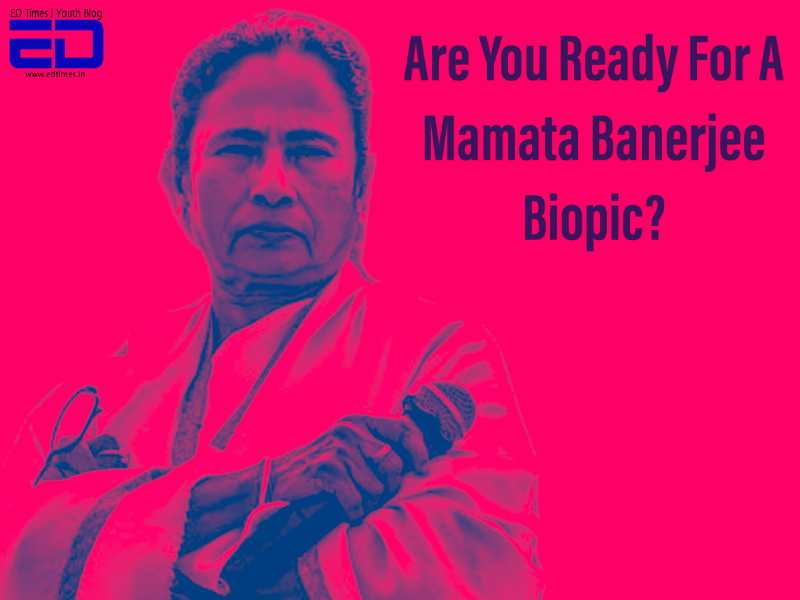 Mamata Banerjee, despite being a magnet to controversies, has spent a life worth projecting on a tabloid. I mean, imagine a protagonist, a young politician, strolling over the entire opposition through her street politics, dragging a politician through his collars, protesting on the bonnet of the car, shutting down a multinational company here, taking down a government there.

A woman in a white saree, despite being the railway minister of the country chooses to live in an ancestral terracotta tiled roof house, that often gets flooded in rains.

If this is not the perfect plot of a biopic, what else is?

Directors, are you listening?

Mamata Banerjee, often referred to as Bengal Tigress, has had a career no less than a typical ‘Gangaajal’ plot. I can already imagine Prakash Jha making a script.

Here are six incidents from Didi’s life that fits into a proper movie plot and might let the people get a perspective of why she’s doing what she’s doing, because honestly, we don’t get it, yet.

An angry Banerjee, held a protest against the establishment of a Tata factory at Singur on grounds of forceful land acquisition and occupation of a fertile block that had a huge population dependent on agriculture.

She went on an indefinite hunger strike for 26 days and got the support of many renowned national and international activists.

In 2008, she finally succeeded. Tata Motors gave up and decided to move out of Singur.

Didi along with her comrades, marched to the Writer’s Building, to protest against the rape of a mute girl by a CPM leader.

She was pulled by her hair, thrown out and denied a meeting with CM Jyoti Basu.

3. Didi and her collar pulling of other leaders

Mamata Banerjee attacked a senior SP leader, Daroga Prasad Saroj, pulling him by his collar, in front of a parliament stuffed with media persons and eminent politicians.

This was done, in order to restrain him from reaching out to the speaker and to prevent him from obstructing the Women Reservation Bill to be passed in the house.

She then threatened not to let the house carry its business unless the bill was taken up.

Even Bhai is incapable of such stunts man!

4. She god damn jumped on a car’s bonnet. I am not kidding.

In order to obstruct a road convoy of socialist leader Jayprakash Narayan, to enter a campaign against Indira Gandhi, didi threw herself on the road,  and climbed her way to the car’s bonnet.

As for her passion/paranoia, the rest is history whose chapters we’ve all read.

From addressing a rally and saying that she wants to give PM Modi “a tight slap of democracy” to getting infuriated at ‘Jai Shree Ram’ slogans, Didi maintained her reputation of playing strong street politics.

Often accused for assuming dictatorial powers, Mamata Banerjee went out of her way to show her dissent for Modi.

Whether her rift with Modi and the political violence & killings in Bengal is out of genuine concern for the state or is hunger for absolute power, is an unsolved mystery whose climax we are unaware of.

Didi became the youngest parliamentarian by defeating the Communist leader, Somnath Chaterjee in Jadavpur, West Bengal in the year 1984.

In an incident which happened later when Somnath Chaterjee became the speaker, she hurled a sheaf of papers at him and resigned from the session when he refused to take up the issue of illegal immigrants from Bangladesh to be discussed in the Parliament.

A Potential Dictator Or A Painted Messiah?

Despite extreme criticism or love, Mamata Banerjee would always be the primary school teacher and a sales girl who rose to power to become the first woman to hold the office of railway ministry and coal ministry.

She will always be the youngest parliamentarian and the woman who broke the chain of decades of CPI rule.

One could make grave accusations on her or put her on a pedestal, but who could unravel the mystery behind a woman who still chooses to wear a simple white saree and age old slippers despite being the Chief Minister of West Bengal.

Even Mayawati could not stay away from the charm of a wealthy lifestyle and is the perfect example of what power and money can do to a person.

While I have lack of space to give an account of the forever buzzing controversies of Mamta Banerjee’s life, here’s hoping for a better Bollywood masala than Bharat anyway.

“Such A Film Won’t Ever Work For Me”, ED VoxPop Asks Millennials If They’ll Watch The Modi Biopic