The much talked about Modi biopic, PM Narendra Modi, starring Vivek Oberoi has finally released, and the audience are not exactly happy with it.

As far as box office collection goes, the film collected a mere Rs. 2-2.5 crore average on the first day and in total about Rs. 14 crore in revenue.

The critics have already been giving it extremely negative reviews, with many talking about how there is distortion of factual things, making Modi to be a superhero instead of an inspiring real-life man and just generally taking propaganda to another level.

In light of all this, an interesting comparison was made between this film and Uri: The Surgical Strike, that released in January this year.

Stated as one of the biggest hits of the year, the Vicky Kaushal starring film made about Rs 336 crores or $55 million all over the world.

Even though it was called by some to be a slightly propaganda film in order to show how involved the PM and BJP party were in this operation, the reaction both these movies got is extremely different.

Here we take a look at why these two are so contrasting to each other and the way they were received:

To be honest, the way both these movies were taken by the audience has shown a growing shift in the Indian viewers and their rising standard.

Where PM Narendra Modi was criticized for not having a tighter and better made script and just hoping that Modi’s name itself will carry the film to success, Uri showed how content is important.

Uri besides having good action sequences had a good script, inspiring dialogues and all over it was a well-made film.

This just shows that no matter how big a fan club get or which emotion the creators try to cash in on, a bad story depicted in a bad way will not win over the hearts of the people.

People will reject bad content no matter whose name it has or what the premise of the film is.

Another thing where the Modi biopic fell short of was understanding what people liked, which is team-work.

Uri, based on the Pullwama Attacks and then the subsequent Surgical Strikes was more emotion driven and showed team effort. The movie empahised on how we win only with unity.

It used the anger that people were feeling from those attacks and allowed them to visualise the revenge many people wanted to take on the enemy.

The Modi biopic, on the other hand, showed him as an all powerful superhero, like Superman, who could single-handedly defeat anything and everything.

He was always putting out fires and making this correct, which can get a bit much for the audience.

There is a reason that Avengers did better than Superman because people want to see relatable characters come together instead of one man doing it all. 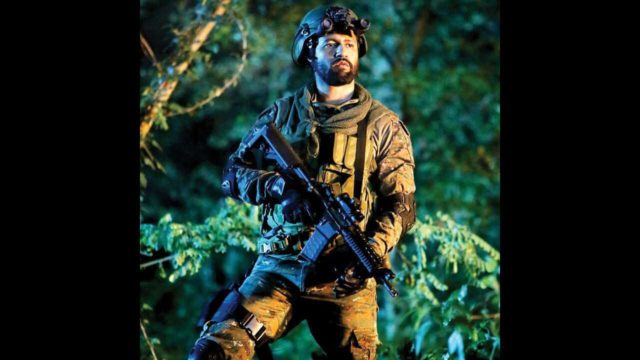 The timeline of when Uri was released could have also helped since people were still reeling from the attack and wanted vengeance for the blood of the army that was spilled.

The question is what makes one successful and the other not, and it all comes down to the execution of it all. Both the movies were pretty similar in their agenda, where they tried to revolve it around a certain emotion.

Uri tried to channel the emotion from the Pullwama and Surgical Attacks while PM Narendra Modi tried to use the unconditional love and support that many Indians have for the current PM of the country.

Even their timing was debated upon, with people commenting on how both the films were trying to benefit from a certain fever in country and using it change the course of the nation

But where Uri was smart in how they put across their content and had enough structure to it, the Modi biopic was not able to match up to it.