Busting Myths, Seven at a Time

“Oh! Its so hot. I’m sweating like a pig”, my friend told me one day when she returned from her daily stint at the gym. “But pigs don’t sweat”, I told her, for they really don’t. ‘Sweating like a pig’ is such a common phrase that no one’s really ever questioned this notion.

It’s rather surprising most of us live our everyday lives believing things that aren’t true at all. As Djuna Barnes said, “ The priceless galaxy of misinformation called the mind.” This gets even more interesting when we realize that this misinformation corresponds to the simplest of the things. The human mind chooses to see what is wants to see and believe what it wants to believe. So I present to you seven ‘facts’ that have no rationale-

1.WE CELEBRATE JESUS’S BIRTHDAY ON THE CHRISTMAS Christmas time is probably our favourite holiday time. Decorating the Christmas tree, shopping for gifts, the snow(though we don’t have it in most parts of India), the wine and most importantly Santa Claus. And why not after all we are celebrating Jesus’s birthday, only it isn’t Jesus’s birthday at all. Yes, the fact is that there is no biblical evidence that could probably place Jesus’s birthday on December the 25th. This date was popularized as his birthday as it was already famously known to be the Sun God’s birthday according to the beliefs of the Pagans. Whatever little biblical evidence are present, place Jesus’s birthday close to September(or as some argue close to March). The fact that December 25th isn’t the day can be verified by two simple arguments. Firstly, we all know the story of the shepherds watching their fields the night Jesus was born. This isn’t possible because December was cold and rainy in Judea and hence it isn’t likely that the shepherds or their flocks would be out at such time of the year. Secondly, Jesus’s parents came to Bethlehem to register in a census which weren’t taken in the winters. This fixed date has also been attributed to Pope Julius I when in 350CE he officially declared 25th December as the day for celebration of the Messiah’s birth. But either ways the fact remains that 25th December isn’t Jesus’s birthday. “Who discovered America?”. This was a question asked to me in a third grade GK quiz and the answer that had helped me collect the first prize was “Christopher Columbus”, so yes this one indeed came as a shock to me that Columbus had in fact not even set foot in any part of North America that now forms mainland America. In all the four voyages he made, he reached only as far the Caribbean Islands. In fact reports show that Leif Erikson( an Icelandic explorer) had beaten Columbus to the race for the discoverer of America by as much as 500 years. Leif Ericson had landed on the now Newfound Land 500 years before Columbus was even born! Though Columbus had explored the South American coasts but he never touched any part of the America as we know it. These parts by then had already been occupied by the native Americans, so even otherwise Columbus could have never had actually discovered America! It has been taught to us in our history classes that on the eve of the French Revolution, French ruler Marie Antoinette had retorted to the pleas of the starving peasants by saying “ let them eat cake”. Historians have proved that this incident was first published when she had been only nine years old. In fact some claim that Rousseau, who had first published this in his work ‘Confessions’ had himself coined this. Others have also said that there is a probability that it was said by Marie-Theresa, Louis XIV’s wife. It was only in keeping with Antoinette’s image as a heartless ruler that this had been popularized. In fact it was for the very same reason that over the years people had found it easy to never question her role in instigating the rage that actually led to the French Revolution.

4. THE GREAT WALL OF CHINA IS THE ONLY MAN-MADE STRUCTURE VISIBLE FROM SPACE The fact is that this structure cannot even be made out from the International Space Station so anywhere beyond is totally out of question. Jay Apt (an American astronaut) had said, “The Great Wall is almost invisible from only 180 miles”. Here it is interesting to note that this had been first proved by a Chinese astronaut Yang Liwei. ISS commander Chris Hadfield had tried to find the Great Wall from the space station but finally gave up and was quoted saying, “ It is hard as it’s narrow and dull coloured”. Now, what you might find even more surprising is that the Pyramid of Giza is in fact visible from space! This was first proved when astronaut Nicole Stott posted an image on her twitter account proving the same, though you would probably need to squint a little to make it out from the image. Everyone knows how they shouldn’t be messing with bulls specially when they’re in red. We have seen the same in numerous movies and shows. Infact the dance form pasodoble too always begins with the red cape instigating the bull! But the truth is that like all cattles, bulls too are dichromats. So the colour red is no different to them from white or maybe blue. The spanish matadors (bullfighters) in the 1700’s used a red cape to instigate bulls. Since this tradition continued unquestioned and there weren’t evidences proving otherwise, people started believing that the colour red instigates bulls. An experiment had been conducted to falsify this misconception and it was found that the bull reacts the same way for all the three colours blue, white and red. Actually, it is the possible threat from the movements of a matador that makes the bulls react like that, nothing else. So you will be in no danger around a bull if you’re wearing a red, unless of course you do something to anger them! The world knows how Marconi completely revolutionized communication, thanks to his work on wireless devices. He has also been credited for saving whatever lives that could be saved on the fateful night of the sinking of the Titanic, afterall it was his invention radio that made sure help could come on time. However, the truth is a little different. Radio was invented my Nicola Tesla and not Marconi. Tesla had filed his radio patent applications in 1897 which were accepted in 1900, while Marconi had filed the same applications on November 10th which weren’t even accepted till 1903. However, the US patent office went back on its word and later granted Marconi the patent for radio for some unknown reason (many however claim it was because of his financial backing). It was only in 1943, a few months after Tesla’s death that the original patent was re-granted to Tesla. But due to Marconi winning the Nobel Prize for this invention and the role of media even today Marconi is thought to be Radio’s inventer. Here, it is important to point out that even though he hadn’t invented the radio but Marconi did infact made the first commercial radio available to the world. If you believe that sushi means ‘raw fish’ you couldn’t be more wrong. The moment someone says sushi the first thing that would probably come to anyone’s mind is fish. The matter of the fact here is that sushi actually means “sour rice”. Yes, the japanese dish sushi is basically a rice dish. The favourite addition to such a dish is fish. And hence people everywhere now believe that sushi is actually a fish dish. This dish when served without the rice is infact called ‘sashimi’. So the truth is that sushi can very much exist without fish but the same dish minus the rice would in fact become sashimi! 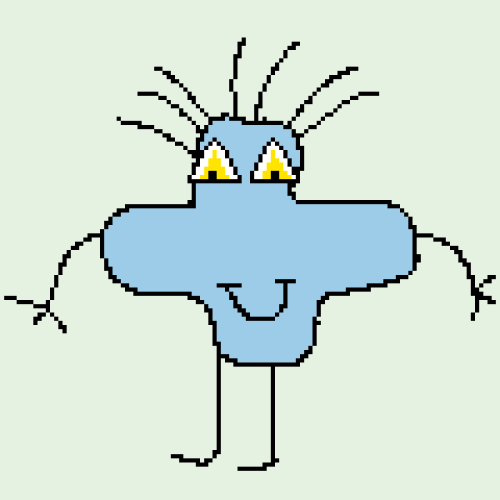