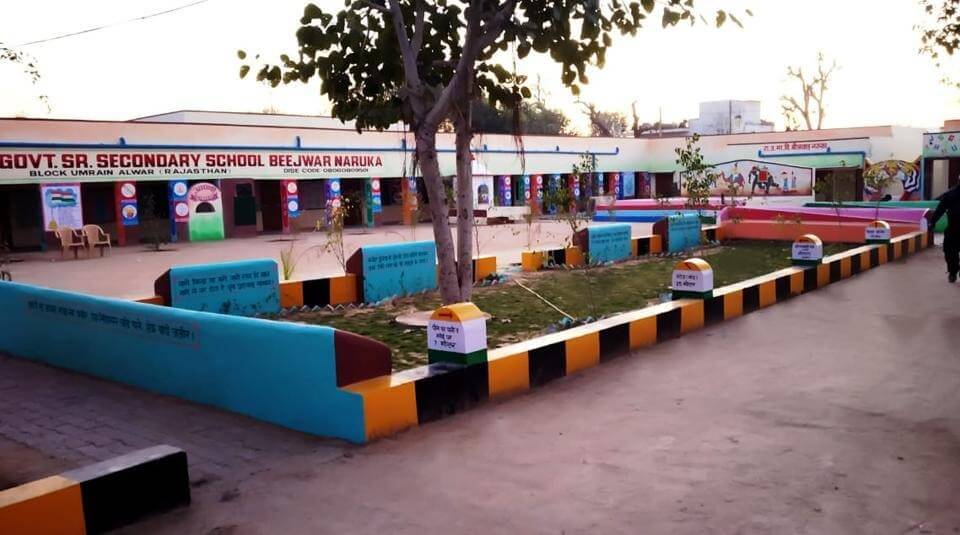 Schools in India are not always the most pretty place to look at, at least the public ones.

Private schools that are charging fees in lakhs are usually the ones that look as if they jumped straight out of a Hollywood movie, with immaculate buildings, abundant facilities, Wi-Fi and so much more.

However, one school in Alwar, in the Jaipur region of Rajasthan, has given itself a complete makeover. 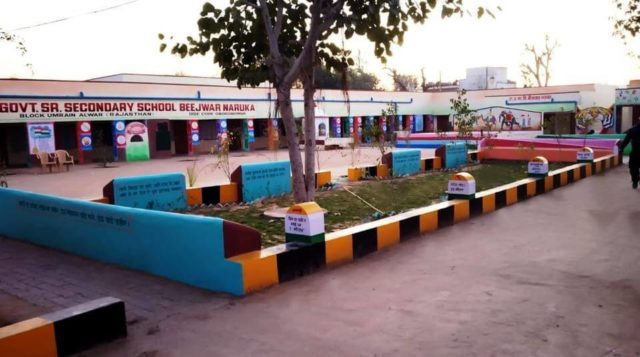 The Beejwar Naruka government school in Alwar, a city near Jaipur, the capital of Rajasthan, has recently undergone a massive change in how it looks and runs with just donations made from villagers, teachers and some helpful organisations.

About 6 months ago, the state of the school was such that it was difficult to get students to even come to school in the first place.

Problems such as a shabby and rickety looking building along with classrooms in a broken condition, leaky ceilings, and even issues with the washroom really impacted the status of the school.

As per reports, the rainy weather easily resulted in flooding of classrooms and for the most part, classes were being held under a tree instead of a proper room. 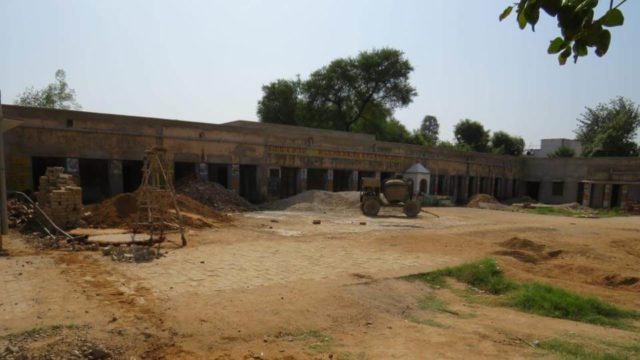 However, with a little bit of help and hard-work from the local community, the school has given itself a makeover to look and function in a more appealing manner.

Not only has the building gotten repair work and a new coat of paint done, but to add colour and nature to the school, beautiful plants have been lined along the entrance to classrooms, corridors lined with education material like geography, important people of India and more.

Interesting art-work has been done in places on the building giving it a very creative look that you don’t generally expect to see in a government school of a small town.

Even the sanitation of the students has been taken care of with boys and girls each having their own separate bathroom, with the girls’ washroom having facility for sanitary pads and an incinerator for used pads.

This change came about after the new principal joined, and seeing the state, the school held a meeting with the villagers and asked for a solution to this. After the principal volunteered to donate some funds, the villagers also agreed and somehow a sufficient amount was raised.

Where every teacher and staff of the school donated Rs. 1,100, with villagers donating however much they could, additional help came in from Sehgal Foundation.

Along with the Rs. 50,000 or so collected initially, the Jaipur NGO in total spent around Rs 20 lakh for all the work done on the school.

As per Hindustan Times, the principal of the school is already noticing the change in people’s attitude towards the school. As per them, “Every day, I have visitors who want to withdraw their children from nearby private schools and admit them to ours.”

Currently, the school has 371 students.

Why This Is Something Serious?

This is not just a problem for this particular school, but all over the country, shabby looking schools are one of the reasons for students dropping out.

As per the 2016 ASER (Annual Status of Education Report) survey of schooling and learning levels in rural India, Rajasthan was found to have a dropout rate of almost 5% as compared to the 3.5% all India average.

The rate was extremely high for ages between 11 to 14, which is concerning since that is a very influential age. 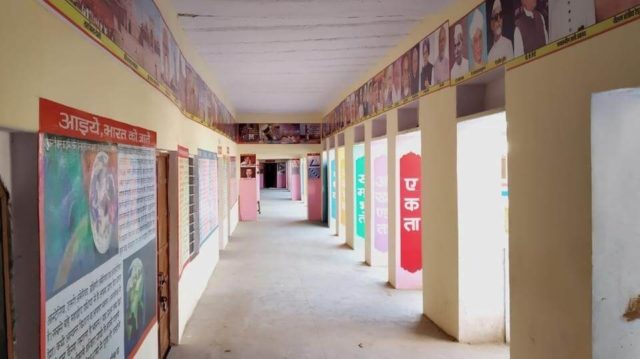 It is not just the unattractive-ness, but a dilapidated school building also creates problems in day to day teaching.

Basic facilities like a clean building, well-built classrooms and attention to hygiene and sanitation are crucial for students to get the right education.

There is also the fact that the dropout rate for girls is also up there especially once their menstruation cycle starts.

Not having facilities for that can also hamper their chances of getting their rightful education.

This much attention to the basic running of the school should be there in all schools, especially for small and remote towns.

What do you think? Do you have any story of your school taking such an initiative? Let us know about it in the comments below.