As per the words of BHU Ayurveda faculty, under this therapy, expecting mothers are asked to listen to sacred music, read Vedas and perform spiritual activities such as pujas and meditation. They are also advised to eat nutrient-rich food and stay fit to have a healthy child post-delivery.

According to Ayurveda, Garbh Sanskar is a practice that has a lot to do with the mental and physical development of the baby. It has got a mention in Hindu scriptures and Vedas as well.

The significance of the concept of Garbh Sanskar links it with the stories of Abhimanyu and Prahlad, who were inculcated with knowledge in their mothers’ wombs. 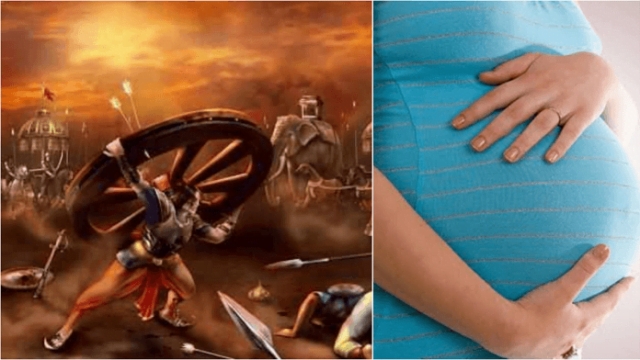 Medical Superintendent at Sir Sunderlal Hospital, Banaras Hindu University Prof S.K. Mathur said, “Garbh Sanskar is not a new thing. In Ayurveda, it has been performed since long. In the absence of its scientific validation, the practice didn’t get due importance. Now, Garbh Sanskar therapy has been restarted in the department of prasuti tantra (obstetrics), in the faculty of Ayurveda.”

Also Read: Indians Are Now Monetizing And Earning Money From Their Own Weddings

The therapy, which began in the last week of September, is being given to the expecting mothers during the last months of their pregnancy by the department of prasuti tantra (obstetrics) in the faculty of Ayurveda of Sir Sundar Lal Hospital of BHU.

In the matter of this therapy, the medical faculty of BHU also believe that it is not a religion-specific practice. Basically, it can include anything which is considered good for mother and child both.

“It is a proven fact that good environment and good music have a very positive impact on the mind. Under Garbh Sanskar, pregnant women will be advised to listen to good music, read good literature and watch motivational and positive serials. Impact of these things on the baby in the mother’s womb will be examined through scientific techniques,” added Prof Mathur.

Professor also emphasized their intention of validating the practice of Garbh Sanskar if they can to gather enough scientific evidence post their examination of pregnant women.

Though the evidence in support of Garbh Sanskar is yet in its developing stage, new studies have been revealing that a foetus can respond when subjected to external stimuli. Also, the hormonal secretions triggered by the mother’s thoughts can significantly affect the baby in her womb.